Feb 23, 2019 10:00 AM PHT
Facebook Twitter Copy URL
Copied
We must ensure that more Defenders of Democracy are voted into office this year, and that the elections are free, clean, and peaceful. And that is a fight that is in the hands of the Filipino youth, Filipino parents, and all freedom-loving citizens. 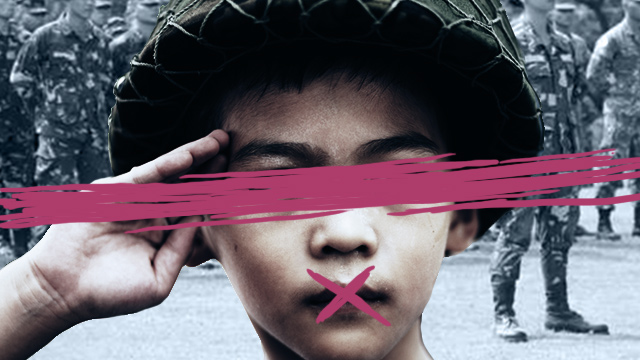 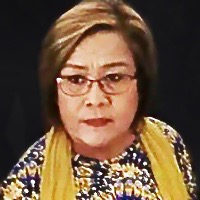 In December 1999, a student publication exposed anomalies in the Reserve Officers’ Training Corps (ROTC).  Three months later, one of the whistleblowers who filed a complaint with the Department of National Defense (DND), was dead. College sophomore Mark Welson Chua’s decomposing body was found wrapped in carpet, floating in the Pasig River about 3 kilometers away from campus.

Less than a year after Mark’s death, a law was passed abolishing the mandatory completion of the ROTC as a precondition for college graduation.

Earlier this month, however, it seemed that Mark’s legacy is approaching its end.  The House of Representatives (HOR) approved on 2nd reading a bill reviving the mandatory ROTC requirement for senior high school students, even while students and lawmakers alike were still calling for a deeper study of the measure.

This marks the second youth-targeted bill that was hastily processed in the HOR.  Recently, it passed a bill lowering the minimum age of criminal responsibility (MACR) from the scientifically-backed 15 years to just 12 years old.

As I approach my second full year under detention, these “proposed legislative measures” are among the developments that bring me a sense of foreboding.  Why change the laws when they have strong basis in historical experience, sound policy and science?  Why do it in haste?

When former president, now Speaker, Gloria Macapagal Arroyo was asked why she pushed for the lowering of MACR bill, her answer was disturbingly simple: “Because the President wants it.”

That struck me to the core.

730 days of detention is a small price to pay for standing up against tyranny, but if I had any regret at all, it is that I cannot perform my mandate as an incumbent senator because my colleagues and the courts refuse to allow it. So I cannot help but lament that if I were still the chairperson of the Senate committee on justice and human rights and were allowed to attend hearings and vote, I would have defended the welfare of the children and voted against measures that systematically destroy our nation; not simply obeyed the desires of one man.

I suppose that is precisely why I am now detained in Crame, while, one-by-one, the President’s allies are being freed and returning to positions of power.

But the more chilling rhetoric came from Duterte’s National Youth Commission Chairman, who labeled opponents of the ROTC bill as “radical leftist youth leaders” who oppose it because they support communist rebels.

There it is. The method to the madness.

The false narrative makes disturbing sense because this Administration has discovered that the best way to neutralize dissent is to vilify critics and dissenters as “rebels,” “leftists,” “terrorists” or “destabilizers.”

Or, as in my case, “Queen of the Drug Trade” or “Mother of All Drug Lords.”

2016/2017 was the period of shock and awe. Strike while the iron is hot and publicly order the killings of drug suspects while the people are still on board the “War on Drugs” hype. Anyone is guilty of involvement in the drug trade on the mere say-so of the President, until proven innocent.

But accusing a critic and political opponent with involvement in the Drug Trade has gone stale. With every passing day, fewer and fewer people believe in the fake “War on Drugs.” After two and a half years in power and thousands of dead civilians, the drug trade is still thriving without any real, big-time drug lords brought to justice.

So the Duterte Administration had to “diversify.”

2018 was the year of the weakening of the defenses of democracy through the erosion of the independence of institutions: the Chief Justice was ousted on unconstitutional grounds and procedure; a Duterte-appointee now sits as Ombudsman; the new Speaker of the House vowed  to make the President’s agenda her own; and vocal critics of the government – opposition lawmakers, human rights and environmental rights defenders, indigenous peoples, and members of the press, particularly news site Rappler and its CEO Maria Ressa – were charged and arrested, if not killed.

Now, the Filipino youth are in Duterte’s crosshairs.

Once the ROTC program is implemented in high schools, the Duterte Administration can use it as a “Junior Tokhang” intel network to root out free thinkers and neutralize them. If the government years ago was powerless to prevent the death of Mark Chua for exposing corruption, imagine how non-existent the protections against state-sanctioned abuses will be.

And it would come as no surprise. Throughout all the atrocities committed by this Administration, the Filipino youth have always been among the first to fearlessly stand up and speak out. One peaceful protester, then 13-year-old Shibby de Guzman, was named one of Time Magazine’s most influential teenagers of 2017.

But if Duterte has his way, Shibby and those like her – nay, all Filipino youth – will be made to pay the price of daring to oppose tyranny.

Like the Biblical Herod, Rody Duterte is out for the blood of the innocents because he fears their power.

They are now targets in Duterte’s proxy war against Democracy.

And that is what it has always been from the beginning: a Siege on Philippine Democracy.  Different hands appear to deal the blow, but only one real interest drives them all. And this coming mid-term elections is when the attempt to usher in the trojan horses will take place. If they succeed, it will result in an ultimate consolidation of power, where even the Senate will fall and prostrate itself to the desires of the Executive.

This is the fight we have in our hands this year. The fight for Life and Liberty.

Thus, we must ensure that more Defenders of Democracy are voted into office this year, and that the elections are free, clean, and peaceful. And that is a fight that is in the hands of the Filipino youth, Filipino parents, and all freedom-loving citizens.

So I call on all Filipinos not to waste or bargain away their vote. Don’t sell out our children and our future.

Vote for Democracy. You are worthy of it. – Rappler.com

Senator Leila de Lima, a fierce Duterte critic, has been detained in a facility at the Philippine National Police headquarters for nearly two years over what she calls trumped-up drug charges.