[ANALYSIS] Kaliwa Dam: Is China’s involvement cause for concern? 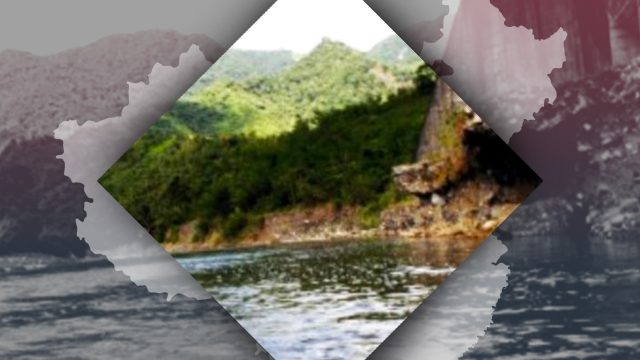 There’s every reason to be wary of China’s involvement in the Kaliwa Dam project.

In the wake of Metro Manila’s surprise water shortage – which should not have been a surprise at all – the Duterte government presented to the people a timely if convenient solution: the New Centennial Water Source-Kaliwa Dam Project.

Located in Quezon province, the Kaliwa Dam project is expected to supply Metro Manila an additional 600 million liters of water per day (MLD).

This dam has been on the drawing board for decades, but the project only got greenlit last year when President Duterte secured a loan from China that will finance 85% of its P12.2-billion cost.

In this article I want to point to a number of red flags relating to China’s involvement in the Kaliwa Dam project.

Although the dam promises to ease Metro Manila’s water woes, government seems to be exaggerating its benefits and downplaying its costs. Moreover, by withholding key documents, government is being less than forthright about the nature of China’s involvement.

Not the only alternative

Figure 1 shows that while Metro Manila’s water demand is projected to increase steadily in the coming years (primarily due to steady population and economic growth), water supply can only increase in discrete jumps, resembling the steps of an uneven staircase.

The graph tells us we should augment our water supplies (climb to the next step) before demand becomes too high. Otherwise, if we continue to rely on just the traditional watersheds and groundwater sources, we can expect to suffer chronic water shortages by 2021. This is where the Kaliwa Dam project comes into play. Once completed, it could provide an extra 600 MLD to Metro Manila, thus securing water needs at least until around 2026.

But Kaliwa Dam is hardly the only option available to us.

In a 2012 report, the World Bank listed numerous other possible water sources for Metro Manila, Kaliwa Dam being but one (see Table 1). For instance, Laiban Dam, found upstream from Kaliwa Dam, could boost Metro Manila’s water supply by an additional 1,800 MLD. But the government already announced it has no plans of pursuing this because of the “social engineering nightmare” it entails.

Other smaller water sources, once combined, could also easily exceed the water supply that Kaliwa Dam has to offer.

Even if Kaliwa Dam were necessary, it need not be funded by the Chinese government and built by a Chinese firm.

A Japanese firm, Global Utility Development Corporation (GUDC), has in fact been offering to build an intake weir along Kaliwa River instead of a full-blown dam.

There are many advantages to this.

First, despite being just 7 meters high (not 62 meters like a full-blown dam), a weir could provide an extra 550 MLD to Metro Manila, not far from the 600 MLD that Kaliwa Dam is expected to produce.

Second, the weir’s low height means it won’t have to inundate the surrounding areas, thereby avoiding the displacement of people in nearby Daraitan village and disrupting the flow of the Kaliwa River. These same concerns have derailed plans for the Kaliwa Dam for the longest time.

Third, the weir will only take 3 years to construct, whereas a full-blown dam might not be finished until after the Duterte administration has passed.

Fourth, the GUDC was offering to construct it 50% cheaper and under a “private finance initiative,” which means the firm will bear all upfront costs and risks. In contrast, the Kaliwa Dam project is financed by a Chinese government loan that carries a 2% interest rate, which is about 8 times higher than what Japanese loans typically offer.

So by all accounts the weir proposal seems to be better and more cost-effective.

But for some reason the MWSS bid out the project exclusively to Chinese firms, and eventually chose China Energy Engineering Corporation (CEEC) – owned by the Chinese government – to be the project’s contractor.

This is disturbing given China’s dubious track record in building dams in developing countries.

In Ecuador, for example, another Chinese firm built a hydroelectric dam (called Coca Codo Sinclair) that promised to secure Ecuador’s energy needs and deliver the Ecuadorians from poverty.

But not only was the new dam precariously built near Reventador volcano (in spite of geologists’ warnings), but only two years since it opened the dam was already covered in at least 7,648 cracks according to a New York Times report. It could also not operate at full capacity without “shuddering dangerously.”

Moreover, the project was financed by an onerous loan from China totaling $1.68 billion, payable in 15 years, and with a 7% interest rate. Ecuador repays this and other loans by giving up 80% of its oil resources to China.

Soon enough Ecuador found itself ensnared by China’s infamous “debt trap,” the dam being part of China’s global infrastructure push called Belt and Road Initiative or BRI. (READ: What scares me the most about China’s new, ‘friendly’ loans)

This is by no means an isolated incident. By aggressively building dams in the northern reaches of the Mekong River, China has also directly threatened the livelihoods and ecosystems of downstream countries like Thailand, Laos, and Cambodia.

This is not to say that every dam project built by a Chinese state-owned firm turned out to be bad.

But Kaliwa Dam is a sizable project and the Duterte government should not downplay the real risks of involving a state-owned Chinese company, lest they appear to be disingenuous.

All things considered, the Duterte government seems to be exaggerating the benefits of the Kaliwa Dam project and downplaying its costs and risks.

More worrying, however, is the government’s unwillingness to show the bid and loan documents that paved the way for China’s participation.

Lingering doubts could be easily put to rest if only the Duterte government were fully transparent in the way they awarded the project to a Chinese contractor and secured a loan from China.

Until now, however, the relevant documents have yet to be bared for all to see.

What’s holding government back? Why the secrecy? – Rappler.com