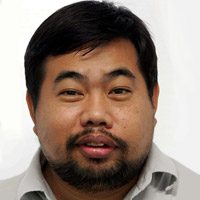 The world’ most advanced multi-role stealth aircraft, Lockheed Martin F-35B Lightning II Joint Strike Force (JSF), made a debut this week in the Philippines as thousands of American, Australian and Filipino troops embarked on an annual two-week combined and joint Balikatan (shoulder-to-shoulder) exercises in various locations in northern and southern Luzon.

The appearance of the United States Marines Corps’ F-35B marks Washington’s departure from its counter-terrorism engagement with Manila, its longtime ally and former colony, since troops from the Special Operations Command were deployed on three-to-six months rotation in the southern Philippines in 2002.

The United States is confident it can now shift its gears to face rivals Russia and China after the last stronghold of Islamic State militant forces in Baghouz in eastern Syria fell to allied forces-backed Arab and Kurdish forces two weeks ago. It ended the caliphate set up by ISIS in 2014.

The annual bilateral joint and combined Balikatan (shoulder-to-shoulder) exercises will actually see a transformation as maritime security becomes the main focus of the conventional military training exercises, returning to Palawan after avoiding the location in the past two years.

President Rodrigo Duterte had complained that the location of the annual exercises could irritate China, the administration’s new friend, forcing both US and Philippine militaries to scale down the drills and move to the eastern seaboard.

The shift to maritime security as one of the highlights of this year’s two-week war games is consistent with Washington’s unveiling of its new Indo-Pacific strategy last year. (READ: Despite Duterte rhetoric, US military gains forward base in PH)

Thus, it did not surprise everyone when the focus of this year’s bilateral military exercises shifted to a more conventional military operations, which was the real intent of the drills under the 1951 Mutual Defense Treaty.

Just last month, the U.S. Navy’s 3rd Fleet launched a new concept on “littoral operations in a contested environment” (LOCE) during a two-week Exercise Pacific Blitz in southern California, testing how the U.S. Navy and the U.S. Marines Corps can operate together to gain sea control in fighting on small islands.

It’s not clear if the U.S. Navy and U.S. Marines Corps will do the same concept of operations during Balikatan exercises in the coming days, particularly when the U.S. and Philippine militaries simulate a crisis scenario in a tabletop exercise in Palawan or in a larger combined field training exercises involving hundreds of troops in an amphibious landing exercises.,

More than 7,500 sailors, airmen, soldiers and marines are taking part in this year’s Balikatan, the 35th iteration since the early 1980s, including two or three years after the Philippine Senate terminated the Military Bases Agreement in 1991.

When U.S. forces were kicked out from Subic and Clark, the situation also ended the Status of Forces Agreement, which allowed American soldiers to take part in large-scale military exercises in the country.

They are back in 2000 after a friendly Philippine Senate ratified the 1998 Visiting Forces Agreement (VFA) and this year, they are back on track with a more conventional military operations instead of counterterrorism and humanitarian assistance and disaster response operations.

Of course, both countries would still highlight counterterrorism and humanitarian operations to please Duterte who is more concerned with China’s reactions to these war games.

But the U.S. embassy in Manila has dropped its pretenses.

In an earlier press statement, it announced that the United States Marines Corps’ F-35B Lightning II stealth aircraft, its most advanced lethal fighter, will be incorporated with the United State Navy’s USS Wasp, a multipurpose amphibious assault ship in this year’s exercises.

“Together they represent an increase in military capability committed to a free and open Indo-Pacific,” the US embassy statement said, adding “participating in Balikatan demonstrates their ability to forward deploy in support of an ally should a crisis or natural disaster occur.”

It will be a bit stretch to say the F-35B can support the Philippines in case of a natural disaster, like a typhoon or an earthquake, but it will surely have a role in case a crisis erupts in the South China Sea.

In 2011, the United States Marines Corps planned to purchase 340 F-35B and deploy them ashore in forward bases as well as used them on amphibious assault ships, like the USS Wasp.

Pentagon is currently developing a plan to integrate the F-35B’s advanced sensors into its Ballistic Missile Defense Systems, using the fifth-generation fighter to knock off ballistic missile sites deep into “enemy” territory without being detected as well as submarines armed with intercontinental ballistic missiles (ICBMs) or submarine-launched ballistic missiles (SLBMs).

Apart from deploying F-35B fighter in tandem with an amphibious assault ship, the Balikatan exercises will transform from a bilateral training event to multilateral exercises with the formal participation of Australian soldiers.

The Australians have been taking part in the bilateral United States-Philippines Balikatan exercise since 2014, two years after 17 Filipino senators voted to ratify the visiting forces agreement with Canberra five years earlier.

Australian ground troops have also been training Philippine Army troops in urban counterterrorism warfare since the end of the five-month Marawi conflict in 2017.

Both the U.S. and the Philippines have also invited other friendly countries in the region, including Japan, to send observers to the Balikatan exercises as Washington pursues coalition building in the Indo-Pacific region.

Late this year, the US Navy is planning to hold naval exercises with ASEAN countries, except Laos, a landlocked country without a naval force. It comes after a similar event between ASEAN and China last year.

With the demise of the Islamic State militants in Syria and Iraq, the rising frequency of the U.S. Navy’s freedom of navigation operations in the South China Sea, the introduction of the littoral operations in a contested environment (LOCE), and the resumption of great power competition among U.S., Russia, and China, it would not be a surprise if Balikatan will soon emerge as the template for multilateral exercises between Americans and all its close allies in the entire Indo-Pacific region. – Rappler.com