[ANALYSIS] We never defaulted on our loans? That’s historical revisionism 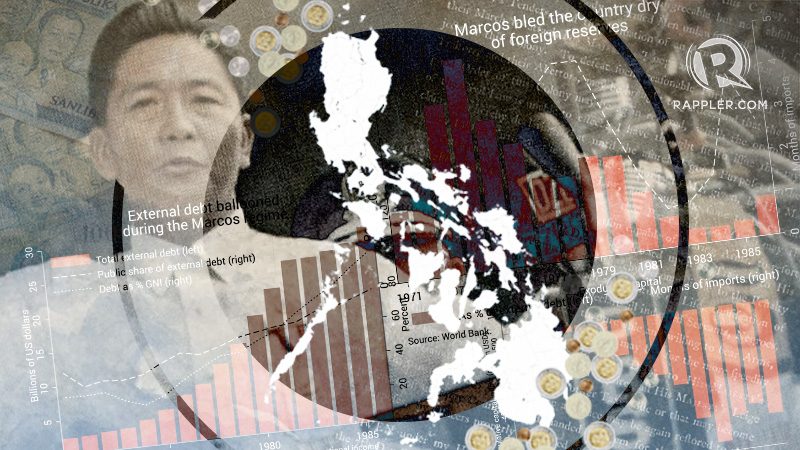 Facebook Twitter Copy URL
Copied
By saying the country 'never, never defaulted on its loans,' the DOF is being naïve at best and disingenuous at worst

This time it comes from the Department of Finance (DOF), which is drawing flak for signing onerous loan agreements with China in behalf of the Duterte administration and the Filipino people. (READ: How the Philippines fell for China’s infamous debt trap)

Dominguez also said, “The Philippines has no history of defaulting on its loans. So why are people saying now that we will default? They have no faith in the Philippines?”

I have 3 rebuttals to those statements.

First, data show that the “worst time” for the Philippine economy was during the Marcos regime, not after it. (READ: Marcos years marked ‘golden age’ of PH economy? Look at the data)

Second, this is not a matter of “faith in the Philippines” but in the officials who entered into those loan agreements.

Third, to say that the Philippines “has never, never defaulted on its loans” is to utter a blatant lie.

In this article I’d like to unpack and debunk these attempts at historical revisionism.

In October 1983, in behalf of the Marcos government, then-prime minister Cesar Virata and then-Central Bank governor Jaime Laya flew to New York to talk to a group of private banks to whom we owed debts.

There Virata and Laya requested a 90-day “debt moratorium” on our country’s principal payments due that year.

A debt moratorium essentially means a country is suspending repayment of its debts in part or in whole.

Just as some degree of shame befalls any person who can’t repay his or her debts, so this moment brought us national embarrassment.

More importantly, this meant the Marcos government could no longer secure external funds on which our economy at the time had been overly dependent.

Only the International Monetary Fund (IMF) was willing to lend a helping hand by extending “standby credit,” but only if the Marcos regime pursued policies to “stabilize” the economy (such as the devaluation of the peso vis-à-vis the US dollar). After years of leniency, the IMF became especially strict on us.

Additional funds from private banks – the ones Virata and Laya met in New York – also hinged on the Philippines’ compliance with the IMF’s conditionalities, thus making our compliance doubly crucial.

As the grueling negotiations went on, the Marcos government kept extending its original 90-day debt moratorium. It was not until December 1984 that we signed an agreement with the IMF to restructure our foreign debts. And it was only in May 1985 that private creditors agreed to have our debt payments rescheduled.

Hence, what was supposed to be a 3-month debt moratorium lasted for more than a year. Clearly, we came to a point where we simply could not repay our debts.

For this reason, I find it ludicrous for the DOF to insist that the country has “no history” of default. One assistant secretary claimed that the “adjusted repayment schedule” was not tantamount to default.

But in response, Supreme Court Senior Associate Justice Antonio Carpio opined that “mere suspension of repayment, like declaring a debt moratorium, is already an ‘event of default.’”

If that isn’t default, I don’t know what is.

Why the debt moratorium?

But what made the Marcos government default on its loans?

First, the scale of debt accumulated by the Marcos regime was colossal.

At the same time, interest payments on our foreign loans skyrocketed because of tight monetary policies pursued by the US Federal Reserve. Second, while buried in debt, the Marcos government bled the Central Bank dry of foreign reserves, especially of US dollars.

The orange bars in Figure 2 show that in 1974 our foreign reserves were about half as large as our external debt. But that proportion dropped to a mere 3.5% by 1983 and 1984.

Meanwhile, the dashed line shows that in 1979 our reserves could cover about 4.6 months’ worth of imports. But by 1982 our so-called “import cover” plummeted to less than a month. The hemorrhage of foreign reserves came not just from lackadaisical exports but also – more importantly – from massive capital flight. Throughout the dictatorship, from 1973 to 1986, around $11.3 billion worth of capital had fled the country (adjusting for inflation).

Without sufficient foreign reserves, we simply could not repay our foreign-denominated debts. Worse, the Central Bank concealed this depletion of foreign reserves from the Filipino people.

In December 1983, during the negotiations, the IMF discovered that Marcos’ economic managers had been overstating the amount of foreign exchange reserves in the Central Bank by about $1.1 billion or 50%.

This nasty revelation damaged the already broken trust of private creditors and the IMF, tarnished the already spotty reputation of Marcos’ technocrats, and derailed the already difficult negotiations.

Third and last, the humongous debts obtained by the Marcos regime were squandered on a plethora of inefficient projects, both in the public and private sectors.

At the behest of then-president Marcos, government-owned banks (like the Development Bank of the Philippines and Philippine National Bank) lent significant sums to the pet projects of Marcos’ cronies.

Even the Central Bank was called upon by Marcos to make huge loans to corporations, in complete contrast to its primary role as “lender of last resort.”

Debt is not bad per se, and in fact it could prove immensely beneficial if proceeds are put to good use.

But economists at the University of the Philippines, in a famous 1984 white paper, found early on that “the bulk of construction and other capital outlays in both the private and public sectors were not very productive and many were outright wasteful.”

This made the so-called “behest loans” largely uncollectable. The enormous liabilities of the Central Bank left it essentially (and paradoxically) bankrupt.

The Marcos regime saw some of the darkest moments in Philippine economic history.

The most crucial events – including the debt moratorium of 1983, the bankruptcy of the Central Bank, and the country’s worst postwar economic downturn – are well recorded in a myriad of books, articles, and reports.

This is why the DOF, by saying the country “never, never defaulted on its loans,” is being naïve at best and disingenuous at worst.

Some DOF officials might do well to take (or retake) a course in Philippine economic history, lest they engage in further acts of historical revisionism.

God knows we already have enough of that to go around with. – Rappler.com