Facebook Twitter Copy URL
Copied
He is neither giving up nor giving in. No, he is not surrendering; he is embracing his Father’s will as his own, and doing it as an act of love. 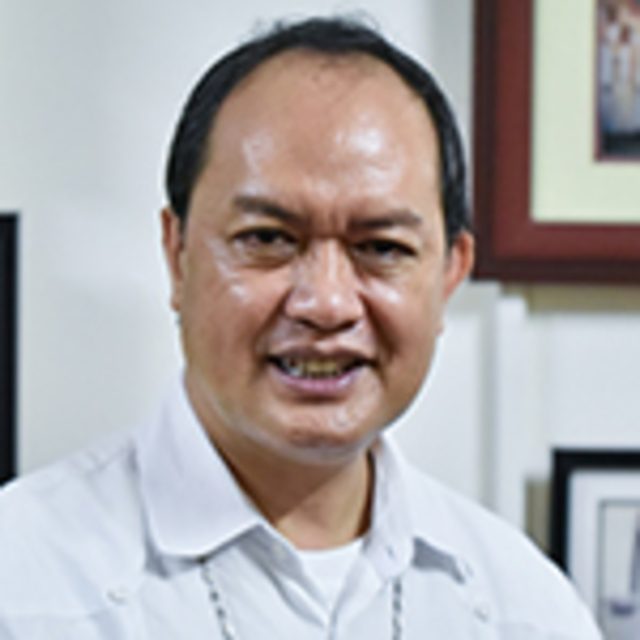 The seventh traditional last word of Jesus from the cross is in Luke 23:44-46. “It was now about noon and darkness came over the whole land until 3 in the afternoon because of an eclipse of the sun. Then the veil of the temple was torn down the middle. Jesus cried out in a loud voice, ‘Father, into your hands I commend my spirit’; and when he had said this he breathed his last.”

One of the most typical expressions of what I prefer to call pious spiritualism than genuine spirituality, is the phrase “surrender to God’s will.” Not only does it sound to me like a tall order from people who patronizingly presume to know better; it connotes defeat through and through. Do we not use the term “surrender” to mean capitulation to an undesired fate?

It makes me imagine the biblical character Jeremiah, before he came to terms with his vocation and mission as a prophet. Jeremiah is said to have lamented about all the sufferings that he had had to endure since he started speaking out on God’s behalf as a prophet, “You have duped me, O Lord, and I allowed myself to be duped by you. You were too strong for me, and you prevailed. All day long I am an object of laughter; everyone mocks me. Whenever I speak, I must cry out, violence and outrage I proclaim; the Word of the Lord has brought me reproach and derision all day long.”  (Jer 20:7-8)

The kind of situation that surrender presupposes is that of having NO CHOICE but to give up and give in. Later, Jeremiah realizes that this was his personal choice, after all. He says, “I say I will not mention him, I will no longer speak in his name. But then it is as if fire is burning in my heart, imprisoned in my bones; I grow weary holding back, I cannot!” (Jer 20:9)

Last year, after another priest from Nueva Ecija was gunned down, a seminarian asked me in an open forum, “What advice can you give to seminarians who are losing heart and feeling discouraged from pursuing their vocation because of the recent cases of extrajudicial killings that now include priests among the victims?”

Without batting an eyelash, I said, “If priests are murdered because they defend human rights, like Father Tito Paez did, or they speak out for environmental protection like Father Mark Ventura did, or they protect victims of rape and defend the Catholic faith, like Father Richmond Nilo did, and their death causes you to be discouraged rather than inspired, then I’d advise you to forget about the priesthood and just leave the seminary as soon as possible. The priesthood is not for cowards; it is not for the fainthearted. If you complain, Jesus would probably say, “I beg your pardon, I never promised you a rose garden.”

I also said, “And please, make no mistake about your vocabulary. Father Paez, Father Ventura, and Father Nilo were no ‘VICTIMS.’ Victims are those who have no choice about their fate; it was merely imposed on them. No, these priests had made a choice the moment they responded to God’s call; they’ve opted to be WITNESSES – which is what the word MARTYR is about. They chose this path, the road less traveled by, the way of the cross. They responded freely to the invitation to choose the path of Jesus, knowing full well that it could cost their lives. You see, martyrdom is not really about dying for a cause; it is rather about living out one’s faith, standing courageously for what one believes in, no matter if it would entail suffering and death. From the moment they chose the path of Christ, they already chose the path of suffering and death. So how can you call them victims?”

Yes, we refer to Jesus as the “Sacrificial Lamb” offered on the altar of the cross as victim. But we must never forget that he is also called the Supreme High Priest at the same time. In him, the priest and the victim, the offerer and the offering are one.  He is not offered; he voluntarily offers himself.  For our redemption, he does not say, “I will sacrifice a lamb for you.” Rather he says, “I will be the lamb; I will give my life for you.”

And so you see why I refuse to refer to this seventh last word, “Father, into your hands I commend my spirit,” a surrender?  Perhaps the more appropriate term should be SELF-ENTRUSTMENT.  He is neither giving up nor giving in. No, he is not surrendering; he is embracing his Father’s will as his own, and doing it as an act of love. And he is inviting us, his disciples, to do no less – to live our lives generously.  Saint Ignatius of Loyola has captured this beautifully in his PRAYER OF GENEROSITY:

“Dearest Lord, teach me to be generous.  Teach me to serve you as I should. To give and not to count the cost, to fight and not to heed the wounds.  To toil and not to seek for rest, to labor and ask not for reward, save that of knowing that I do your most holy will.” – Rappler.com

Pablo Virgilio David is the bishop of Caloocan. He is also vice president of the Catholic Bishops’ Conference of the Philippines.

A video-reflection on the seventh of the  ‘7 Last Words of Jesus Christ’ presented by St. Paul’s Audiovisuals.