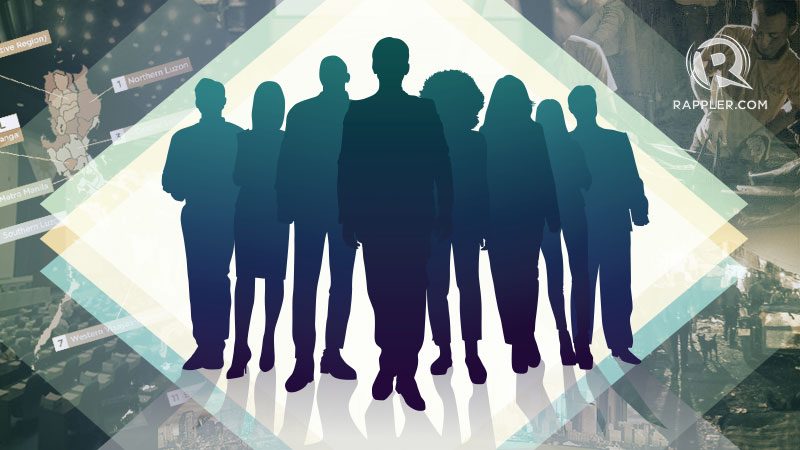 Facebook Twitter Copy URL
Copied
What our recent experience tells us is that there is hope, imperceptible at first glance but solid at a second moment of reflection In a world weary with war, man-made and natural disasters, deceit and lies, hate and the politics of fear, there is a time when despair sets in. That is why we pause and ponder, for there is a time to grieve, to heal and to hope. Things happen, and some things as they say take a little time.

But, if there is one thing that life teaches us, it is that there indeed is a time for everything.

In the dark days of martial law, we lost friends and loved ones in those repressive years but by and large our people survived and our spirit as a people remained intact – if not stronger. Even then, we had moments we will never forget, such as when dawn came and we rejoiced in the streets as the dictator finally fled.

In our country today, when hope seems to be in such short supply we need to remember this: hope is found in the course of the journey, not only at its end. Our search for a new generation of leaders continues. It will happen; it is just a matter of time, and, if not in our time, certainly in God’s good time.

Don’t count me out!

In the recent midterm elections that now seem so long ago perhaps because we contested them with every fiber in our being, Otso Diretso has become a household word, for all its worth.

A new breed of alternative leaders who practiced principled politics captured the public imagination in the persons of the law school dean and pro-bono lawyer Chel Diokno; the indefatigable advocate for Southern Luzon’s coconut farmers Erin Tañada; the Tondo-born bar topnotcher and Aksyon Demokratiko adherent Pilo Hilbay who went on to become one of our country’s youngest solicitor generals; and the civil society peace advocate from Marawi the feisty Samira Gutoc.

Joined by opposition stalwarts Mar Roxas and Bam Aquino, the soldier-turned-legislator Gary Alejano and election lawyer Romy Macalintal, none of them may have entered the winners’ circle. Neither have other alternative candidates from similar formations with equally progressive platforms.

But, they may have in fact become the seeds for a gathering storm. By offering to serve in public office, they may have given an example that can encourage the young in a growing resistance to all that is unjust in our country. They may in time become role models for an emerging generation of alternative leaders.

Don’t count them out, for no matter the outcome of the midterms, our young will remember them not in their winning but for their earnest and unrelenting efforts to right what they believed were our society’s ills and the current regime’s excesses.

It is worthwhile considering that among those who may have responded to their call and volunteered, some if not many among them will be engaged in a continuing campaign.

Their voices (thousands of volunteers-turned-protagonists) will be important in the critical public debates to come ranging from issues such as charter change and federalism, the drug war and the death penalty, and climate change – a life-threatening concern that was remarkable for its absence on center-stage in the debates that took place publicly.

Their stand on these raging issues can help determine what direction our country will take in the near future and beyond.

Moreover, a few pockets of resistance emerged in the length and breadth of the land. Some dinosaurs fell, and a few family dynasties bit the dust. Places as far apart as Manila and Dinagat Island, Pasig and far-flung municipalities to mention but a few beat the odds, proving the doubters wrong.

Human rights defender Kaka Bag-ao defeated a scion of the the Ecleo political dynasty that had an iron grip on local posts for decades to become governor-elect of Dinagat Island.

The 29-year-old Vico Sotto of the small Aksyon Demokratiko party, founded in 1997 by the late reformist Senator Raul Roco with a twin purpose: “honest governance and equal opportunity for all”, routed a member of the powerful Eusebio dynasty which had ruled Pasig without break for the past 27 years.

Grounded, capable and committed to serve

What our recent experience tells us is that there is hope, imperceptible at first glance but solid at a second moment of reflection. Though we may have only witnessed modest victories that are few and far between we should never forget the ancient adage that a “single spark can start a prairie fire”.

If we are able to read the signs of the times, perhaps we can feel the young’s sense of unease at the way things are and the willingness of some to take risks to forge their own future.  To paraphrase a timeless question asked by those who dare: “some see things as they are and ask why, others see things as they should be, and ask why not?”

I sense that there is a yearning among our young for a new generation of leaders who can provide us with a sense of common purpose, who can embody courage and conviction, who can encourage commitment; who can inspire hope.

Often, and history is replete with examples, our hopes are dashed. But we never tire of working to reverse the tide; and, strive to overcome all the odds. And, what are we looking for in our new generation of leaders?

First of all, people who are grounded: aware of their strengths and limitations, with the ability to listen and learn, and open to new ideas and the insights of other people.

Secondly, people who are capable: prepared and competent; able to make informed and intelligent decisions so that one is able to generate options, and ready to get things done in a competent manner.

Finally, people who are committed to serve by empowering others:  endowed with a deep sense of purpose, able to inspire, enable and energize others; and, finally, with the gift of staying power, namely, the stamina to sustain efforts over time by working effectively with and for others.

I believe in our young people today. Though some may claim that theirs is the all-consuming “me-generation”, I believe otherwise.  The young that I have worked with know the meaning of sacrifice, of honest hard work, of “winning and losing with grace”.  They may be imperfect, but are capable of generating hope in the future.

To end with a brief word to the young: this indeed is your moment, your time! – Rappler.com

(The author has worked with young people as a teacher, mentor and coach during some five decades associated with the Ateneo, UP and FEU. He has worked on human rights and social justice advocacy, as well as people’s participation in peace processes in the Philippines, in Asia, in Africa, in Latin America, in the Middle East and in Europe both with Amnesty International and International Alert.)