Facebook Twitter Copy URL
Copied
Make no mistake: while affected communities stand to lose most from the dam’s development, water consumers and taxpayers will also shoulder the long-term risks and burdens of the Kaliwa project 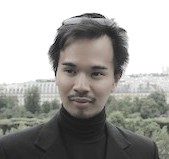 Over the past months, the Kaliwa Dam project of the Duterte administration has been at the heart of a roiling controversy. Touted as a long-term solution to Metro Manila’s water ills, opposition to the P12.2-billion dam has snowballed, due to its foreseen social and environmental impacts, as well as its majority financing via a Chinese government loan with seemingly onerous provisions.

Yet beyond most criticisms of the project, the Kaliwa Dam also faces substantial viability challenges. As I point out in this piece, not only might the proposed dam’s balance of costs and benefits render it unviable, the venture’s poor financial prospects could saddle consumers in Metro Manila with higher, long-term water tariffs.

NEDA’s evaluation of the Kaliwa Dam

Involving an integrated dam system in Rizal and Quezon provinces, the NCWSP included not only the 600 million-liters-a-day (MLD) capacity Kaliwa Dam, but also a 1,800-MLD Laiban Dam, a Laiban Hydro-Electric Power Plant, water conveyance tunnels, and two water treatment plants to be developed by private concessionaries.

In their report, the NEDA staff ultimately recommended developing the Kaliwa Dam component of the NCWSP through either foreign or government funding – but not without expressing “reservations” on “attendant risks and issues.”

Why these reservations? Among others, the NEDA evaluation stressed the following:

But even with all these assessment gaps, the Kaliwa Dam barely met NEDA’s viability criteria at the time.

While NEDA found the Kaliwa Dam project to be economically viable (see Table 1), the project’s estimated economic internal rates of return (i.e., 18%-20%) were hardly above the government’s passing rate of 15% at the time.

This was especially worrisome since average cost overruns for large-scale dam projects have been estimated by the World Commission on Dams to be around 56% of their initial budgets, while a 2014 study by Oxford researchers on hydropower dams has found that such ventures typically exceed their projected costs by a higher 96%. Put simply, even a minor overrun could reverse the viability figures of the dam project.

Equally crucial, the NEDA evaluation found that the NCWSP and Kaliwa dam demonstrated poor financial prospects. Tellingly, the project was estimated to cost its proponents far more than what they could expect to receive from the venture’s operations (see Table 2). In paragraph 84 of the evaluation, NEDA noted that this could risk increasing water tariffs, if MWSS passed on some of the financial burden of the project to downstream concessionaires.

Yet these concerns were far from confined to NEDA staff. In its earlier 2012 Water Security Study for Metro Manila, the World Bank actually anticipated these issues over the project’s viability.

Assessing nine water supply projects for the Metro Manila (see Table 3), including the Kaliwa dam, the World Bank analysis integrated several factors neglected by NEDA’s evaluation, such as leakages in the extraction and conveyance of water, as well as environmental assessment and watershed maintenance costs.

Already, these differences produced conflicting results. Compared to NEDA’s marginally-viable rates, the Kaliwa Dam’s EIRR in the World Bank study was estimated at an unviable 14% (and an even lower 11% in its sensitivity analysis). Indeed, the World Bank concluded: “Only the Kaliwa Low Dam project [among the water sources examined] is below the hurdle rate of 15% EIRR, thus failing to pass the decision criteria for the economic viability test.”

Just as strikingly, the Bank also furnished evidence that the Kaliwa Dam could prove disadvantageous for consumers. Among the water supply projects, the long-run average cost of the Kaliwa Dam was calculated at P9.28 per cubic meter (see Table 4) – the most expensive per unit in the entire list.

Perhaps the Kaliwa Dam’s design could have undergone changes when the Duterte administration slated the project for foreign funding in 2017. But if this were so, it would mean that official statements concerning the dam’s evolution have harbored critical inconsistencies.

Repeatedly, NEDA statements (here and here) on the project have indicated that recent decisions have only concerned changes in its funding source. Major design alterations outside the proper approval channels would add yet another anomaly to the project’s implementation.

Development projects should be based on accountable and rigorous decision-making, but too many signs indicate that the Kaliwa Dam project has yet to be adequately assessed. Has the dam become another showcase of “policy-based evidence-making,” similar to how a former NEDA secretary put it concerning the ill-conceived, ill-fated Aurora Freeport project in 2013?

Make no mistake: while affected communities stand to lose most from the dam’s development, water consumers and taxpayers will also shoulder the long-term risks and burdens of the Kaliwa project. Both a reassessment of the dam project in light of other alternatives, as well as more public oversight over large-scale Build Build Build projects, are urgently needed. – Rappler.com

Jerik Cruz is a lecturer from the Department of Economics of the Ateneo de Manila University, working on urban, environment, and development issues. His views in this article are his own.