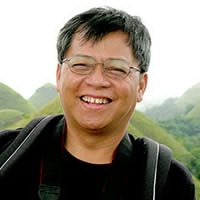 Shortly after he learned that he was shortlisted for the Southeast Asia assistant professor position at the University of California, Berkeley, my colleague and friend Leloy Claudio was surprised by a petition addressed to the search committee warning about his anti-communism. The petition currently has 195 signatories, the majority of these from the Philippines, but also a sprinkling of prominent American-Filipino academics and writers. The petition enjoined the search committee to take into consideration Leloy’s “anti-communism” and his penchant for “red-tagging” so-called militant organizations back home.

First, the petition is notorious for violating an unstated norm among academic institutions that they respect each other’s hiring process particularly in the stage when a short list of candidates has been decided. Academic collegiality informs this arrangement, including being respectful of the ability of fellow academics to deliberate and decide on the merits of the shortlisted candidates accordingly. By seeking to interfere with the hiring process of their UC-Berkeley colleagues, the academics who signed this petition have sullied this principle.

More importantly, none of these petitioners addressed Leloy’s scholarship, which is the principal criterion that any academic committee will be considering when vetting hires. There is no excuse for not doing this. If it is often the case that one’s academic works do reflect one’s political disposition, what better way to delegitimize an academic target than to show how reactionary to the core his academic perspective is? But the academic critics of Leloy opted for the easy way out – simply accuse him of being a threat to Filipino leftists and at the same time a de facto ally of the brutal regime of Rodrigo Duterte.

Let us address this issue.

The petitioners bewail the “current repressive political climate” “produced from the well-documented state-sponsored extrajudicial killings,” and declare that Leloy “has been one of the astonishingly reckless voices in the academe who unambiguously tags organizations, leaders, students, and ordinary activists despite the peril of such [red] tagging.”

The petitioners then address their plea to the search committee, arguing that to give Leloy “a platform in a university as yours amplifies that danger” and stains “your university’s prestige [as it] would give weight to language that can limit and endanger legitimate activism and protest in an already dire Philippines.”

All these are based on speculation. The petitioners cannot supply any direct evidence that links Leloy’s “anti-communist” rhetoric to the killing of their comrades. It is a stretch to show how someone writing something facetious as “stupid communist” brought about the extrajudicial assassination of “militants” and activists. The American academics who signed this should know. If they are serious academics, what they should have done was to seek out Leloy and get his side of the story. Or read his book Taming People’s Power: The EDSA Revolutions and their Contradictions (Ateneo, 2013) where he talks about communist manipulation of peasants. But they let their political bias get ahead of their responsibility as evidence-based professionals.

It is really cheap and easy to just put your name down on a petition that you know is likely to have little or no impact on your own life and career (particularly if you are an American academic). This risk-free predilection for petitioning is symptomatic of how little the stakes are for these academics, who like to burnish their “progressive” credentials from the safety of their eyries, taking for granted (or seeing themselves entitled to) the liberties that are secured for them by the existing “liberal” order and institutions. They should try moving to China – or the Philippine countryside, for that matter – to see what it’s like to live in a country where you can be persecuted (even executed) for advocating nonconformist ideas.

And have these academics ever asked themselves – before signing the petition – what this counter-tagging could do to Leloy? He could very well the a possible subject for communist assassination.

This progressives waxing moralistic in this petition have conveniently forgotten that this was an M.O. they charge Leloy of doing, is not exclusive to “anti-communists” like him.

Between 2000, “Professor” Jose Ma. Sison started attacking organizations and tagging individuals which/who had broken away from the CPP by rejecting Sison’s interpretation of the CPP’s history under Martial Law. He accused them of being renegades, spies, militarists, every label the CPP could conjure against its perceived enemies. Three years later, the ex-cadres he accused were gunned down by special NPA hit teams.

Toward less threatening organizations, a threat was sufficient. Here was how Fidel Agcaoili, a Sison factotum, explained it: “[W]ith regard to ‘other groups like Siglaya, Alab Katipunan, Bisig, BMP, IPD, Pandayan, Sanlakas, etc, the CPP wages ideological and political struggle in the nature of struggle of ideas vis-à-vis these groups.'”

Pierre Rousset, the Trotskyite author of this piece, added that Agcaoili openly admits that against other political parties of the independent Left (especially those of communist reference) and some mass movements, the confrontation is not limited to a “struggle of ideas” and can take on a military character.

“The threat is directed here against Akbayan, the CPLA, the MLPP, Padayon, the PMP, the RPM-M, the RPM-P, the Peace Foundation and the Task Force Bondoc Peninsula (and the peasant movement), as well as many former leaders of the CPP… Mass leaders can be targeted because they are identified by the CPP with one of these organizations. Nobody can feel safe after reading Fidel Agcaoili.”

The petitioners are filled with moral anger when they accuse Leloy of stoking Duterte’s killer instincts. Yet some of those who signed the petition know very well what happened between 2000 and 2004. But there is nary a word of protest or criticism from these angry progressives. And, of course, their American academic allies are unaware of these blood-letting, or if they were, preferred to listen to Sison’s supporters and never the other side.  Was this black propaganda? Hardly. After her husband Romulo Kintanar was killed, his wife filed murder charges against Sison.

Sison got away because he refused to go home even if the statute of limitation had passed. Silence from his Filipino supporters; ignorance from his American fans.

Extrajudicial killings are horrible and have been condemned universally, even by “anti-communists” like Leloy. And here the distinction between Leloy and his militant critics is quite palpable: Leloy has been consistent in his criticism of Duterte while the petitioners are not.

Consider this. When Duterte won the presidency, Sison alluded to Duterte as someone similar to Hugo Chavez, speaking highly of him as someone who could bring about “national unity.” When Duterte declared his intention to jumpstart peace talks with CPP, Sison called this a “critical honeymoon period.” The Makabayan bloc visited Malacañang, some of its people joined Duterte’s Cabinet, and on August 31, 2016, Bayan and the UP conferred on Duterte and Sison its First Gawad Supremo Award on National Heroes Day. The “poet” Joi Barrios even penned a piece in praise of the new President in Davao!!

This leftwing lovefest was all publicly played out in the Philippines while Duterte’s people were assassinating drug suspects and offenders, many of them poor, a lot of them children – the very “masses” these petitioners claim to represent.

Here is a clincher. The petitioners’ entreaties to the UC Berkeley screening committee that it was completely wrong for Leloy to tag groups like Bayan, Kilusang Mayo Uno, and other “militant” groups as communist fronts. If they are not indeed fronts, could the petitioners explain this bragging video of Sison himself laying out the forces behind the “national democratic revolution led by its vanguard, the Communist Party of the Philippines? Listen to Sison.

If the military – which I am sure has all the files about these communists and radicals in its database – is indeed looking for people to point out who the communists are, why would they seek the services of a loud but politically inconsequential liberal when they have the founding chairman of the Party himself ratting out these organizations as communist fronts if not allies? – Rappler.com