Jun 18, 2019 9:14 AM PHT
Manny Mogato
Facebook Twitter Copy URL
Copied
China has not stopped building imaginary walls to protect its maritime Silk Road, and the Philippines will soon be a part of the defense line 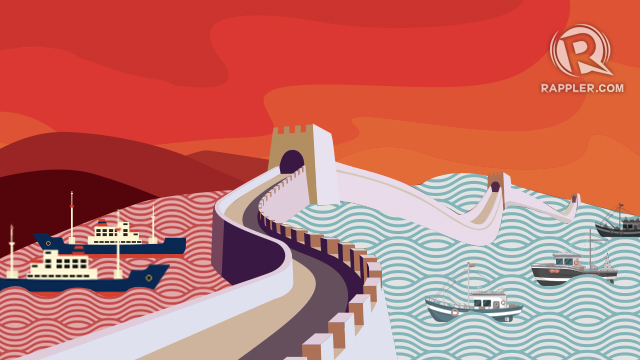 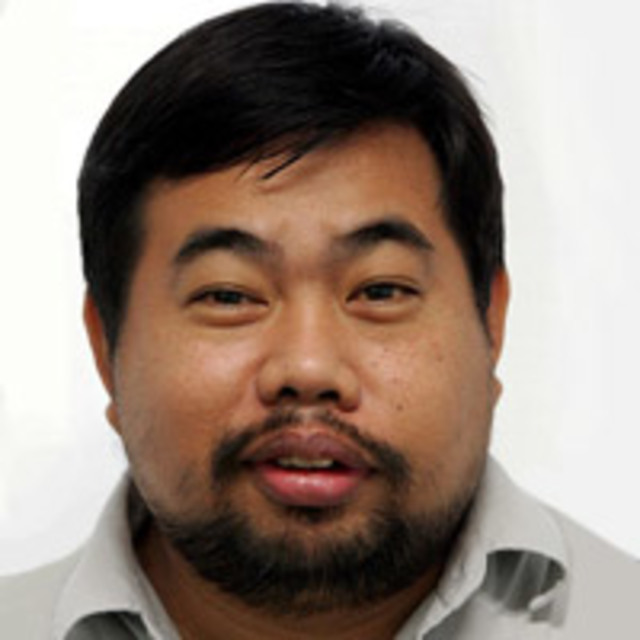 China’s first emperor in the 200 BCE built an extensive fortification, known now as the Great Wall, which was continuously expanded, improved, and strengthened until the Ming dynasty in the 14th century, when Western Europe was just starting to explore and discover distant lands, driven by trade and spices in Asia.

The stone walls were constructed to protect not just the ancient Chinese kingdom but primarily for merchants trading in the old Silk Road, which ultimately brought new technology in warfare in Europe with the introduction of gunpowder.

According to historical accounts, China had far more advanced weaponry even during the ancient period, defeating a Roman legion somewhere in central Asia with powerful crossbows that could pierce through the armor and shields of the world’s then-mightiest army.

The world is again seeing a resurgence of China’s economic and technology as Beijing reconnects itself to the world through its new Silk Road, building a maritime route this time to access the fastest growing economies of Southeast and South Asia up to the oilfields in the Middle East.

China’s goal is to further heat up its economy, hoping to overtake the world’s largest, the United States, a few years from now. (READ: Dutere joins China summit on new Silk Road)

No wonder then that US President Donald Trump has started a vicious trade war to protect Washington’s interests, remain supreme and to thwart Beijing’s ambition to overtake the United States by 2049, as indicated in the best-selling book of Michael Pillsbury.

Under the leadership of Xi Jinping, China is not only recreating the old Silk Road but building a new Great Wall, a new form of physical and imagined fortifications from the East Sea – from Northeast Asia down to the South China Sea in Southeast Asia.

Since 2012, the world has seen how China constructed 7 man-made islands in the Spratly chain of uninhabited atolls, reefs and shoals, and seized control of the strategic rocks in Scarborough Shoal near the main Philippine island of Luzon, across from what the former US Navy’s 7th Fleet used to call home.

Satellite imagery from the Asia Maritime Transparency Initiative showed that China had been installing military structures and armaments, such as anti-air and anti-surface missiles as well as radars, sensors and communications system and other military equipment to enhance its anti-access and area denial (A2AD) tactics.

Push away US, Western powers

Like the old Great Wall which tried to ward off and keep out the nomadic northern tribes, which it called barbarians, these island fortifications were also designed as its first island chain of defense to push away the world’s powerful navy and its allies, like Japan and Australia.

Chinese strategists believe in widening and expanding Beijing’s perimeter defense eastward to the maritime areas to protect its interests and stop the United States’ advance to this part of the world through the latter’s forward-deployed troops in South Korea and Japan as well as America’s presence in the Philippines and Singapore. Note that the US also has partnerships with Taiwan, Vietnam, Malaysia, and Indonesia.

China is further expanding its perimeter defense to a second island chain in the Pacific, beyond the Philippines and near Guam, as Beijing started sub-surface survey in the Philippines’ eastern seaboard, from the Philippine rise in the north down to the world’s deepest part of the earth in the Marianas trench.

The Chinese People’s Liberation Army’s Navy (PLA-N) has been conducting regular drills in the Pacific with its fleet passing through the narrow Balintang Channel in northern Philippines near Taiwan, and its strategic submarines patrolling near Guam in the Pacific.

The Philippines has allowed China to make these underwater surveys as Beijing’s ships made several trips to Benham Rise as early as 2017 even without permission from Manila, which has the sovereign rights to explore and exploit the area after the United Nations recognized the Philippine claim in 2012.

Other countries, including Japan, had conducted surveys and explorations in the area. And probably, these surveys were done to create charts for sub-surface navigation since the depths in this part of the world are excellent playing field for strategic and nuclear-powered submarines.

China might actually be a late player in the game as the United States had long asked permission from the Philippine government to undertake underwater mapping in the west and central parts of the country during the administration of former president Gloria Macapagal Arroyo.

A former senior defense official said the government back then allowed its colonial master to undertake the surveys as long as the US Navy would bring onboard teams from NAMRIA and DENR to observe the work done and possibly obtain valuable data from these explorations. The results of these surveys were not known. It was unclear if the US Navy shared some data to the Philippines. (READ: Filipinos have been exploring Benham Rise region for years)

That area is also the traditional shipping route from the South China Sea to Pacific Ocean although another trade route is through Mindoro, south of Masbate towards the narrow strait between the Bicol peninsula and Samar, the country’s third biggest island.

These areas remained strategic as the Philippines planned to put up military bases in these locations – southern Palawan and the southern tip of Eastern Samar as important choke points. As early as 2000, the US helped set up coast watch stations around the southern Philippines, possibly to monitor ship movements, including submarines as the Washington and Beijing play a dangerous cat-and-mouse game undersea.

The United States and its allies and partners will continue to challenge China’s efforts to build its new maritime Great Wall as the US Navy’s 7th Fleet increased the tempo of its Freedom of Navigation operations patrols (Fonops) in the South China Sea.

Australia, Japan, Canada, India, United Kingdom, France and soon Germany will send ships to patrol the region’s emerging flashpoint but the risks of accident also high run as China and Russia make their own presence felt.

Just recently, a Russian destroyer nearly collided with an American cruiser near the Philippine coast as both navies accused each other of unsafe navigation. It would help if all navies agree to a code of unplanned encounters at sea and do more drills.

Meanwhile, China has not stopped building imaginary walls to protect its maritime Silk Road, and the Philippines will soon be a part of the defense line. (READ: Duterte flies to China for second Belt and Road forum) – Rappler.com