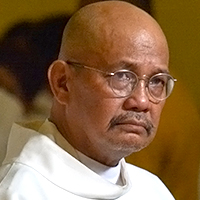 “The Church should not interfere in politics since the Constitution provides for the separation of Church and state.” This is usually the reaction every time bishops, priests, and religious denounce extrajudicial killings, human rights abuses, corruption, antipoor economic policies, etc.

What does the separation of Church and state really mean? In the first place, this is not about what the Church is forbidden to do – getting involved in politics. It is about what the state is prohibited from doing – the establishment of an official state religion and the use of public money to support such religion. This allows for religious pluralism. The free exercise of religion is recognized and guaranteed. The state cannot interfere in the affairs of the Church or any other religious groups.

Thus, there is no prohibition for the Church or any religious groups from involvement in the political sphere. Even members of the clergy can run for public office although Church law does not allow this. The Church is not just the clergy – it is also composed of laypeople. All the members of the Church can freely exercise their civil rights and obligations as citizens of the country. This includes participation in the electoral process, and opposing acts and policies of government that run counter to the common good and the moral values espoused by the Church.

It is, therefore, preposterous to say that the Church cannot get involved in politics due to the separation between the Church and the state.

From a historical perspective, the principle of separation of Church and state was a reaction to the union of Church and state which was expressed in Patronato Real or royal patronage. This was operative in Europe and in the Philippines for 3 centuries under Spanish colonial rule. The patronato was based on the principle of the state choosing an official religion – e.g. Catholicism (to the exclusion of other religions) – and the state’s obligation to support such religion. This means providing financial support for the clergy, the building of churches and monasteries, and the defense of the Church against her enemies.

The Church needed the patronage of the state to carry out her mission. In exchange, the state gained the right to interfere in the internal affairs of the Church. The approval of the state was needed for the appointment of bishops, the establishment of religious orders and communities, and the construction of churches and monasteries. There were times when rulers could even call for Church councils to settle doctrinal controversies and heresies that threatened the unity of the state. The state could even interfere in papal elections. In its extreme, the patronato led to state absolutism and control of the Church.

In the course of history with the rise of liberal democracy and secular states, the union of Church and state was replaced by the separation of Church and state. The Church lost its privileged status but it was a blessing in disguise since it ended not just the patronage of the state but also interference and control of the Church by the state. Paradoxically, nowadays, state control of religion only happens in communist states – but without the state support or patronage.

Thus, the separation of the Church and state is to the advantage of the Church for it protects the Church from state control and interference. The Church can freely carry out her mission in proclaiming the Gospel and the moral values of the Christianity, in denouncing evil in society, in serving the common good, in working for the defense of life and the environment, in struggling for justice and peace, and in operating social action projects that benefit the poor. It does not prevent the Church from involvement in the social and political field.

Thus, it is important to have a proper understanding of what separation of Church and state really means. Otherwise, its misunderstanding can be used to silence the Church. – Rappler.com