Facebook Twitter Copy URL
Copied
One gets the impression the HK leadership is fatigued by the crisis. Carrie Lam’s statement that the path of no return is approaching may signal a preference to pass the responsibility on to another authority. 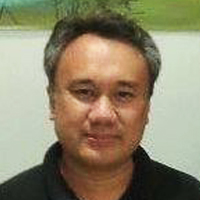 It is hot in Hong Kong now. Summer temperatures soar into the high 30s. The heat is oppressive and overwhelming. It is as if the entire territory is radiating the upheaval that is occurring within it.

In the past 3 months, Hong Kong has been experiencing large-scale and widespread protests not seen in recent times. These protests, which have had wide support among the population due to many unresolved social issues, were initially triggered by the proposed extradition to China bill, but they have  evolved into something larger. The protesters have advanced 5 points that they demand the government of the Special Administrative Region accept. These are:

Although some of the demands may be considered by the HK authorities, the others, such as universal suffrage, will not be acceptable to Beijing. However, the protesters appear to have hardened their position on all the 5 demands. With the fact that no negotiations are taking place, the confrontation will continue to drag on. (READ: Pro-democracy, anti-repression: Hong Kong protests since 1997)

To illustrate that, inflammatory rhetoric has increased within the ranks of the protesters; the characterization of the police as terrorists, indiscriminate shooters, and murderers have become the norm. In response, Hong Kong Chief Executive Carrie Lam has warned that violence would lead the territory to the path of no return – a probable veiled warning to the protesters as to what can happen in the future, especially as Beijing’s forces are chomping at the bit at Shenzhen.

From relatively uneventful protests when it started, the actions on both sides have become a downward spiral into a tit-for-tat violent pattern. The police have arrested hundreds in the rallies and have used tear gas and pellets to disrupt the protesters. On the other side, hotheads in the ranks of the protesters have taken to attacking police targets, such as district headquarters and even police family quarters, or defacing government or public property. Rudimentary weapons, such as firebombs, slingshots, and bricks, are usually preferred by the protesters.

In a bid to overstretch the police, the protesters have taken advantage of Hong Kong’s very efficient mass transport system to shuttle from one area to another. Rallies or disruptive actions are carried out in the New Territories which can have the effect of tying down police away from more strategically important places.

The police have taken controversial measures to counter that tactic of the protesters by allegedly using triad gangs to attack protesters and going undercover as protesters to infiltrate the rallies. The problem with disguised policemen is that it provides the protesters an alibi when it comes to accusations that their members commit acts of violence and vandalism. They can always say that these were just undercover police posing as protesters.

Interestingly enough, despite the angry rhetoric and the frequent rallies, there has been no fatality so far. There have been injuries but no one from the police or protesters have been killed. In fact, it appears that the Hong Kong police are slow and clumsy when it comes to dealing with the almost daily protests that culminate every weekend as more people are available due to no work.

It takes the better part of the day for police to deal with buildup of protests. There is no systematic action directed by the police to disrupt the leadership of the protesters. There are feeble attempts to interfere with movement of protesters, who congregate in an area, thus allowing the number of demonstrators to grow.

The police are averse to bringing in water cannons and fire trucks, which are the staple crowd dispersal heavy equipment in other countries. The non-utilization of such crowd control equipment then requires the police to engage in direct physical close quarter scuffles with protesters. That can prove to be slow and cumbersome in dispersal operations, especially in the summer heat. The police are mainly reactive in deployment and operations, and the initiative is very much on the side of the protesters.

This situation was seen in the recent disruption and occupation by the protesters of the Hong Kong International Airport. Days prior to the incident, the protesters had a visible but small presence at the airport lobby. However, none of the authorities – for reasons only they know – were willing to take action against these small number of protesters at a very important and strategic facility of the territory. Instead, the small group was allowed to linger despite the obvious security risks until it grew in numbers and led a few days later to the occupation of the airport.

One then gets the impression that the HK leadership is fatigued by the crisis. Lam’s statement that the path of no return is approaching betrays that, and may signal a preference to pass the responsibility on to another authority. (READ: ’When will you die?’ Hong Kong leader grilled at press conference)

Meanwhile, at neighboring Shenzhen, across the border, another convoy of Chinese policemen was spotted entering the city last Sunday, August 11. At the Hong Kong International Airport, Monday’s protesters were dispersed and flights in and out of the territory resumed. But the protesters, as promised, have returned. As of posting, the gateway is shut down again Tuesday night, August 13.

As Hong Kong broils in the summer, so does the temperament of its people who are locked in a struggle. The repercussions of these events will send shockwaves to Beijing, Taipei, Washington, DC, and elsewhere. – Rappler.com

*Photos by Laurel Chor/AFP and Isaac Lawrence/AFP; image from Shutterstock

Read other Thought Leaders pieces on the Hong Kong protests by the author: