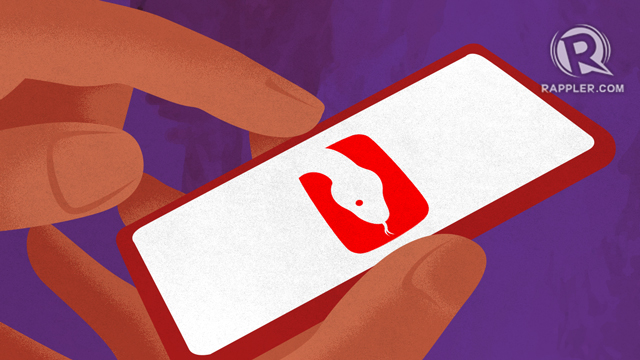 YouTube is the new battleground in the fight against disinformation. The online video sharing and streaming site is next to Facebook as the country’s most active social media platform.

In our research on the role of disinformation in the 2019 midterm elections, we found that YouTube has served as hospitable space for “alternative news” channels to proliferate.

At one point in the campaign, these channels have racked up millions of views, with TOKHANG TV and Duterte NEWS PORTAL landing in Socialblade’s list of the 250 most-viewed YouTube channels in the Philippines.

The large viewership of these channels is a cause of alarm because these channels produce what we call “hyper-partisan” content. They provide a visual and emotionally resonant hook to promote a particular political agenda while disparaging opposing personalities in an uncivil manner.

From January to May 2019, we monitored more than 20 anonymous, hyper-partisan channels, which boast tens of thousands of subscribers and millions of views on their own. Many were created under the Duterte administration (2016 to present). These channels were identified by following the trail of suggested pages which indicate that pages are part of the same network.

Here are our findings.

These channels are able to attract a large viewership by baiting attention through graphically packaged thumbnails screaming “breaking news.” Some channels use the aesthetic of mainstream media, such as using the logo of primetime newscasts. For example, TOKHANG TV subverts the authority of long-running newscast TV PATROL using fake headlines in thumbnails while twisting the content for propaganda.

Headlines matter a lot in these channels. One of TOKHANG TV’s most viewed videos is a post entitled “PRRD MAY SINIWALAT KAY RUNNING PRIEST ROBERT REYES (President Duterte bared something against running priest Robert Reyes).” The headline suggests an exposé against one of the President’s most vocal critics. As if the headline title is not sensational enough, the thumbnail suggests even more salacious revelations. The thumbnail has a photo of Reyes and a breaking news-style graphic with the words “BAKLA PALA! MAHILIG SA OTIN (Apparently gay! Likes penis)?”

Such misleading and emotionally arousing headlines serve to embarrass the President’s critics, making examples of out of vocal personalities. That these videos get a number of hits demonstrates the effectiveness of clickbait headlines intended to shame members of :the establishment.”

Despite the titillating headlines and thumbnails, there is often a dissonance between the title of the video and its actual contents, providing a false promise to viewers. In the 11-minute video “HONTlVER0S GUSTONG IPAGYERA ANG CHINA” uploaded on TOKHANG TV, the clip shows a 4-minute CNN interview of Senator Risa Hontiveros urging diplomatic protests against China. But the senator, in no uncertain terms, did not hint at waging war against the Chinese government. To avoid detection, notice how the spelling of Hontiveros was cleverly changed, with the number 0 replacing the letter O. This is done to shrewdly avoid detection by YouTube’s content moderators. The rest of the video had nothing to do with the headline, and instead showcased positive news about the Duterte administration.

We also investigated whether there is a link between these channels with the observed rise of revisionist narratives about the Marcos Martial Law regime. A quick search of “Marcos” in TOKHANG TV’s channel page yielded results related to the Marcos family. The claims made in these videos are as amusing as they are incorrect. One incredulous video claimed that the late dictator Ferdinand Marcos successfully developed an “anti-typhoon device” during the Martial Law years. The man behind the video, Dante Maravillas, claims that Marcos had a “space program” and “missile program.” He argued that it is not far too think that Marcos did indeed develop an “anti-typhoon missile” simply because “he is able to finance [its development].” He also blames the succeeding administrations for its loss.

These videos contain content which boost the political careers of Bongbong and Imee Marcos, such as “IBOTO SI IMEE MARCOS PARA DI MAKABALIK AND MGA DILAWAN (Vote for Imee Marcos to stop the return of the Aquinos/Liberal Party).”

Outside the Philippines, YouTube is already seen as a breeding ground for hyper-partisan propaganda, conspiracy theories, and extremist thought.

Research shows how alt-right personalities in the United States have created an “alternative influence network” of “political influencers” on YouTube that have “adopt[ed] the techniques of brand influencers to build audiences and ‘sell’ them on far-right ideology.”

While many may start out watching news reports or political explainers from a trusted media outlet, chances are YouTube’s autoplay algorithm may still lead to more fringe or extremist content. Investigations from the Wall Street Journal and Buzzfeed News, among others, reveal that YouTube’s recommendation algorithm is an “engagement monster” that compels users to go down the digital rabbit hole – clicking and watching video after video after video. Zeynep Tufecki of the University of North Carolina notes that the algorithm “promotes, recommends, and disseminates videos…that appears to constantly up the stakes.”

Feeding this engagement beast is crucial for YouTube – and Google’s – bottom line. The longer users are glued to their screen, the more users are there to watch ads. In 2018, YouTube’s Chief Product Officer Neal Mohan revealed that users are influenced by artificial intelligence-driven recommendation 70% of the time they spend on watching videos.

The confluence of extremist content and the need to feed the engagement beast (and Google’s coffers) can make YouTube as “the great radicalizer.”

YouTube told BuzzFeed News that it is addressing this problem by changing their algorithms to recommend content from authoritative sources. The site has also introduced “information panels” which provides users sources to fact-check content.

As online platforms confront their responsibility as primary sources of information to more people, users are also advised to be mindful of the content they engage with.

Robbin M. Dagle is a research associate at the Development Studies Program and part-time faculty at the Communication Department of the Ateneo de Manila University. He was a member of the Digital Disinformation Tracker Project Team.

Rossine Fallorina is a graduate student of sociology at the University of the Philippines Diliman and was a research assistant for the Digital Disinformation Tracker. He is the managing editor of Television and New Media and editorial associate of Philippine Sociological Review.