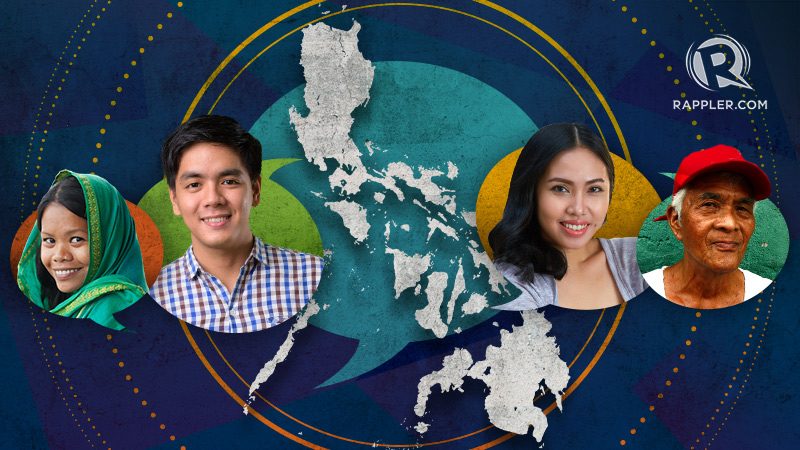 Facebook Twitter Copy URL
Copied
It is harder for governments to manipulate diverse populations due to a multiplicity of internal languages, cultures, and opinions

In our last article, we discussed the personal benefits of knowing many languages. Now, we will explore the benefits of language diversity to society as a whole.

The scholar Francois Grin calls these the social benefits of multilingualism. It is important that we are aware of these benefits to gain an appreciation for the Philippines’ more than 170 native languages (mistakenly called by some as “dialects”), and to counterbalance the stream of outdated and deluded propaganda we hear about “isang bansa, isang lahi, isang wika (one country, one race, one language).”

The Philippines’ numerous languages have economic potential. How? Multilingual people learn languages more easily (see Marian et al. 2009; Petitto et al., 2012), which is a highly marketable skill. It’s no wonder that Filipinos, who are exposed to several languages growing up, learn English and other foreign languages with comparable ease. Our linguistic skills create opportunities for communication, travel, and jobs. Without these, we would not be as mobile and employable.

Japanese and Koreans have more difficulty learning second languages despite massive investments. When you’re surrounded by only one language, and rarely need to adapt to someone else’s speech, it’s hard to learn a new one. That’s why they come to the Philippines to learn English, or hire Filipinos to tutor them online! This is one reason why we should appreciate our multilingualism, as it boosts Filipinos’ competitiveness in the BPO industry, in education, and in international employment.

Language diversity prompts the need for customized services, thereby diversifying the economy. If the major languages of the Philippines, for example, were given official status by the national or provincial governments (as in India and Switzerland), this would create a boom in activity to incorporate such languages in educational materials, radio shows, TV broadcasts, newspapers, consumer products, and technology within their respective regions, as well as services like legal advice, translation, and customer support.

Language diversity, coupled with supportive policies that help local languages intellectualize, would help break the monopoly that Manila has on book production, music, and media. One could find jobs in the regions and “make it big” as an actor, singer, writer, advertiser, or journalist without having to move to the capital.

Besides the economic advantages, linguistic diversity has social and cultural benefits too. People have more language learning opportunities, more ways to communicate with one another, and more channels for artistic output. The style, mood, and themes of literature in one language, for example, can be very different from another language, thereby opening people up to more ideas and modes of expression.

When people are exposed to diversity, people are more likely to appreciate differences rather than be suspicious of them, which helps develop a more tolerant society. It is revealing that there is a positive correlation between linguistic diversity and peace (as measured by indices like LDI and GPI), which debunks the myth that a country needs one language to be harmonious.

A diverse society is also more resilient. It is harder for governments to manipulate diverse populations due to a multiplicity of internal languages, cultures, and opinions. By contrast, homogenous populations are easier to control, and can be convinced that other populations are dangerous or inferior. There might be a lesson in the fact that the principal aggressors of World War 2 insisted on cultural and linguistic uniformity among their citizenry, and highlighted differences of other populations to justify subjugating them. Had these warring countries been more diverse, and embraced their diversity at an institutional level, they would never have launched their murderous campaigns to uphold racial “superiority” and “purity.”

Surprisingly, there are environmental benefits to having many languages. Researchers have observed that areas of the world with a wealth of wildlife often coincide with areas of great linguistic diversity (Posey, ed., 2001). It is a two-way relationship. Rich ecologies can support many indigenous groups, while the environmental knowledge of indigenous groups helps protect the ecologies they depend on. Indigenous peoples know a lot about nature that formal science has yet to discover, including climate trends, nutrition, and natural medicines. If their languages disappear, we lose a vital link to that knowledge. As the environmentalist David Suzuki has explained, diversity “is at the heart of life’s resilience and adaptability,” while monocultures are “extremely dangerous.” We hence must protect our languages, cultures, and habitats for a more sustainable future.

Languages are important for academic fields too. Akleanon, Tagalog, Ilokano, Pangasinan, Hiligaynon, Maguindanaon, and all our other languages have evolved over thousands of years. They encode a huge amount of information useful for various disciplines, such as linguistics, history, anthropology, psychology, philosophy, and ethnobotany, which contribute to humanity’s collective knowledge.

Recognizing the value of linguistic diversity, let us expand the scope of the national language celebration to include all Philippine mother tongues. As 2019 is the International Year of Indigenous Languages, now is the perfect time to start. – Rappler.com

Multilingual Philippines is an informal network of researchers and advocates of flexible and inclusive policies related to languages, education, and diversity. This article consolidates inputs from Ched E. Arzadon, professor at the College of Education, University of the Philippines-Diliman; Elizabeth A. Calinawagan, PhD, former dean of the College of Arts and Communication and professor of Filipino and linguistics at UP Baguio; Tony Igcalinos, president of Talaytayan 170+ Multilingual Education; Napoleon B. Imperial, former deputy executive director IV at the Commission on Higher Education; Firth McEachern, “Honorary Ilokano and Son of La Union” by Provincial Ordinance 033-12; and Voltaire Q. Oyzon, former director, Panrehiyong Sentro sa Wika, Leyte Normal University. Contact multilingual.philippines@gmail.com.