Facebook Twitter Copy URL
Copied
This 4.3-hectare base will be equipped with a marine radar, an automatic identification system receiver, and a Coast Watch monitoring system 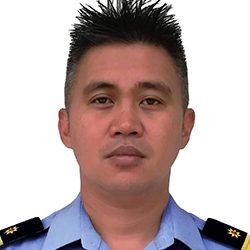 The Sibutu Passage is a deep channel that divides Borneo from the Sulu Archipelago. Though it has a limited width of more or less 29 kilometers, it is estimated that 17,000 vessels pass through this passage every year.

The deep draft vessels that cannot be accommodated by the Malacca Strait pass Lombok and Makassar Straits, then cross the Celebes Sea and enter the Sibutu Passage – as vessels departing the Philippine archipelago traverse the Sulu Sea through the Mindoro Strait. This vital passage links international shipping routes, and the amount of trade can be translated into US$ 40 billion annually. Primarily, the trade volume is expected to increase tremendously in the coming years due to the emerging economies in Southeast Asia.

In 2016, the Regional Cooperation Agreement on Combating Piracy and Armed Robbery against Ships in Asia reported an upsurge of piracy not within the passage but in the vast seas that surround the islands of Mindanao, Sabah, East Kalimantan, and Sulawesi.

These waters became the new place of operation for the Abu Sayyaf Group (ASG) to carry out their hybrid kidnap-for-ransom activities. An Indonesian security minister even dubbed waters surrounding the Southern Philippines as the “next Somalia” because of these crimes. It is said that from 2016 to 2018, a total of 66 crew members were seized by pirates and the ASG executed 10 of them.

As one of the relevant agencies tasked by President Rodrigo Duterte to put a stop to piracy and the abduction of seafarers in 2017, the Philippine Coast Guard (PCG) crafted various memorandum circulars that could strategically prevent such activities. The two most significant are the following:

However, it is still evident that despite the rotating presence of the two dedicated newly acquired 44-meter Multi-Role Response Vessels (MRRV) from Japan within the vicinity of the Sibutu passage, there is still a need to have a staging area for immediate response to piracy attacks. It is essential to underscore that the MRRVs deployed in the Sibutu Passage could only last 5 straight days at the most, and they need to return to Zamboanga City for refueling and reprovision.

It is also necessary to underscore that an established staging area could be outfitted with high technology radar and communication equipment for a much more enhanced maritime domain awareness. Regrettably, the PCG had been dependent on the MRRV’s radar and Automatic Identification System (AIS) in tracking the vessels which are within its proximate vicinity. Thus, if the MRRV is patrolling the vast waters of the Sulu and Sulawesi Seas, the Sibutu Passage could be a blind spot.

In consideration of this, the national government allocated P485 million for the establishment of a Coast Guard Search and Rescue (CGSAR) Base in Sibutu Island in 2017. Presently, the CGSAR Base in Sibutu is already 67% completed. This 4.3-hectare base will be equipped with a Marine Radar, Automatic Identification System (AIS) Receiver, and Coast Watch Monitoring System.

Moreover, a port will also be constructed and will serve as a berthing space of the PCG vessels and fast rescue boats. It is also proactively planned to incorporate fuel storage facility at the base to ensure the operational readiness of the PCG assets.

The support of President for the establishment of this CG base is not just limited to his desire to put an end to ASG’s source of funds to sustain its terrorist activities. Rather, he also understands that it is our country’s responsibility to ensure the safe navigation of international vessels in the Sibutu Passage.

He also comprehends the fact that if piracy went unabated, this would affect the global market since the marine insurance premiums for all transiting vessels in the Philippine waters will exponentially increase.

It is also important to highlight that our energy requirement may be jeopardized if the Philippines failed to address piracy in the Southern Philippines.

Way back in 2016, the country had a moratorium on coal shipments from the Indonesian government after several Indonesian sailors were abducted that year. Though it was also immediately lifted, this moratorium dramatically affected the instability of the imported coal prices that caused the fluctuation of the power cost.

Remarkably, 48% of the Philippine energy mix comes from coal-fired power plants, which is the reason why coal is a necessary raw material. Should Indonesia decide to once again stop its exportation of coal to the Philippines because of the risk of abduction, we can forecast the impact of losing more than 70% of coal supply to our national grid.

Lastly, in the context of maritime security, the ASG remains to be the most ruthless and violent terrorist group in the Philippines that can brazenly wage terror in various means and forms.

The success of this terrorist group to make piracy and abduction of seafarers a lucrative way of getting paid by the wealthy shipowners dispels the argument that the nexus between piracy and terrorism never existed.

In conclusion, the establishment of the CGSAR Base in Sibutu is a two-pronged approach. On the one hand, it serves the international obligation of the Philippines to ensure that sea trade at Sibutu is safe. On the other hand, it protects its national interest.

The flexibility of the PCG as an organization transcends its domestic role without raising concern from foreign flag vessels that the passage is being militarized. Notably, this development is even welcomed by neighboring states.

Such a gesture supports the claim that a coast guard is a tool of the state in addressing non-traditional security threats and preserving the global maritime order. – Rappler.com