[ANALYSIS | Point of Law] A correct move for our stock market? Facebook Twitter Copy URL
Copied
The proposed Passive Income and Financial Intermediary Taxation Act appears unsound, and Congress may want to rethink it before it's too late 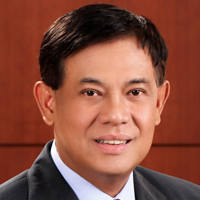 There is much excitement and anticipation over the Philippines’ economic growth in the coming years. According to the World Bank, the Philippine economy remains strong and is projected to grow 5.8% in 2019, before recovering to 6.1% and 6.2% in 2020 and 2021, respectively.

While several factors influence economic growth, a significant driver is domestic corporate earnings. Data compiled by Bloomberg shows earnings per share of companies in the Philippine Stock Exchange (PSE) index are forecast to grow by 14.3% this year, the fastest pace since 2012.  It is forecasted that for 2019, corporate earnings will hit double digits.

With such prospects of wealth creation, Filipinos are participating in our stock market.  For example, online investment in the Philippine Stock Exchange (PSE)  grew by almost 48% in the last 10 years. PSE’s 2018 Stock Market Investor Profile Report shows total accounts in 2018 was 25.4% higher than in 2017, as driven by a 60.9% increase in online accounts created by millennials who investing and trading online. As noted by the PSE president and chief executive officer Ramon Monzon, this surge of millennials is due to the growing popularity of online trading, leading to the fast growth in the number of stock market investors in the last 5 years.

This is a clear indication of improvement in the Filipinos’ financial literacy, aspirations, and participation, an area  that both the government and the private sector have devoted substantial time and resources to for years. The current generation is more proactive in wealth creation than the generation past that opted to keep their money safe in banks or under their pillows.

However, public participation in our stock market may be significantly dampened with the PIFITA or the “Passive Income and Financial Intermediary Taxation Act,” currently pending with Congress.

Under the PIFITA, it is proposed that dividends received by individuals on domestic shares shall be taxed at the final withholding income tax rate of 15%, up from the current 10%. This move to increase the tax on dividend earnings makes it more costly for the common Filipino to participate in the domestic economic growth in several ways.

First, it is cheaper for corporations to invest in shares than individual Filipinos. Inter-corporate dividends remain to be income tax-exempt whereas Filipino individual investors will be taxed at 15%.

Second, it is cheaper for  Filipinos to invest in other ASEAN countries, which have no or lower withholding tax on dividend payments. For example, in Brunei, Malaysia, Myanmar, Singapore, dividends on shares earned by Filipinos are not subject to withholding income tax. In Vietnam, it is 5%, while in Laos and Thailand, it is 10%. The proposal should be a cause for concern. Significantly, despite our good macroeconomic fundamentals and  growth of online investments in the recent past, less that one percent of our population is still trading in our stock market, compared to Thailand at 3.9%,  Malaysia at 5.8%, and Singapore at 25.9% of their population.

The proposed measure is inconsistent with other laws which Congress have earlier passed (like the Personal Equity Retirement Account Act), which have special provisions to encourage more overseas Filipinos to invest in our capital markets.

Third, individual Filipino investors will be taxed at a higher rate than some foreign corporate investors who will taxed at a lower rate of 10% under relevant tax treaties.

It appears that just as when Filipinos, especially through the millennials, are gaining financial knowledge and flexibility, the government is throwing a roadblock.

Is it worth it?

I wonder how much revenues the government expects from increasing the tax on dividends earned by individuals, and if the move under the PIFITA justifies the potential loss in public participation in the equities market.

It is no secret that despite its age, our stock market remains to be one of the smallest in the region. The move will certainly aggravate the situation.

To say the least, the proposal will be counter-productive to what the government and the private sector have been doing. Unlike VAT and excise tax, which taxes excessive and unnecessary consumption, PIFITA is taxing financially responsible behavior.

The  proposed tax appears unsound, and Congress may want to  rethink it before it is too late. – Rappler.com

The author, a senior partner of the ACCRALAW, is a trustee and former president of the Shareholders’ Association of the Philippines (SharePHIL) and a trustee of the Financial Executives Institute of the Philippines (FINEX). The views in this column are exclusively his. He may be contacted at francis.ed.lim@gmail.com.