Facebook Twitter Copy URL
Copied
As we commemorate International Human Rights Day on December 10, let us remember that recognition begins at home and with our first peoples, the Aetas 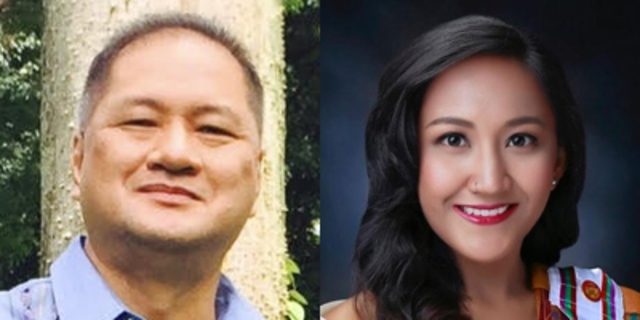 Beneath the glitz and glamor of the New Clark City (NCC), one of the venues of the 30th SEA Games hosted by the Philippines, lies an insidious reality – the forcible displacement of the Aetas from their ancestral domain. The 9,450 hectare-development located in Capas, Tarlac, encroaches on the land over which the Aetas have been living since time immemorial.

They are our first peoples and yet we treat them as if they were invisible.

We are not in principle against New Clark City. As a project of the Bases Conversion and Development Authority (BCDA) under the Aquino Administration and pursued by the Duterte government, we appreciate an initiative to build a green city in the country.

But it must be done right.

On December 2, 2019, the chairperson of the Asosasyon ng Katutubong Mahawang (AKMA), Casamira Maniego, received a letter from the BCDA telling them that they had seven (7) days to leave their community in Barangay Aranguren, and to coordinate with the BCDA in order to do the same. Apparently, the area is needed for the construction of an access road from the NCC to the Clark International Airport. According to Maniego, such a demand would forcibly displace 500 families and uproot them from their ancestral land and source of livelihood.

Three days later, on December 5, 2019, and in representation of chair Maniego, we wrote a letter addressed to the BCDA asserting two things: first, that the land over which the BCDA is asserting ownership is ancestral land and therefore require the free, prior informed consent (FPIC) of the communities before entrance to the land can be made; and second, that until this consent is expressly granted, the communities will stay in the area and cannot be forcibly evicted.

In the letter sent to BCDA, we asserted that the land subject of the dispute is part of the ancestral land of the Aetas.

We attached, among others, 3 documents – two of which were correspondences from the mid 19th century that allude to the fact that the Aetas have been living in the land for years, even before the Spanish occupied the country. The last document was a first indorsement from the year 1999 regarding the Aetas’ application for a Certificate of Ancestral Domain Title (CADT), which was not approved despite requests and follow-ups, the latest of which was in 2014.

Further, aside from their exclusive possession of the land that has been documented since the 1800s, the possession has also been continuous, with the exception of only two instances: the Hukbalahap activities as a result of then-president Marcos’s launching of a military campaign against the former in 1969 and the eruption of Mt. Pinatubo in 1991, which resulted in their having to evacuate for safety reasons.

As soon as things started to settle down, however, they went back to their communities and have continued to live there ever since. In addition to this, the Aetas have weathered other events that have changed the Philippine landscape, including world wars and Martial Law, and have remained in the land their forefathers have tilled.

The insistence, then, of BCDA that the land is governmental because of a legislative fiat counters the lived history and subsequent rights of the Aetas. The lack of a CADT, despite application and follows up, on the other hand, simply proves the hardship that comes with proving ownership of ancestral land, especially by indigenous peoples, and not that they don’t own the same.

According to Republic Act No. 8371, or The Indigenous Peoples’ Rights Act of 1997, the State shall recognize and promote the rights of Indigenous Cultural Communities/Indigenous Peoples (ICCs/IPs), which include implementing measures to protect their rights to their ancestral domains.

The Revised Guidelines on the Exercise of Free and Prior Informed Consent (FPIC) and Related Process, found in NCIP Administrative Order No. 3 (s. 2012) provides that the FPIC of the communities that will be affected by proposed activities, plans, programs, and projects should have been sought at the first instance. According to Section 19(b) of the AO, among such activities include those that may lead to the displacement and/or relocation of ICCs/IPs. It was imperative, thus, for BCDA to undergo the conduct of community assemblies and other activities, including the observance of a consensus-building period, prior to any entry to – or construction on – the area at hand.

There have been notable efforts from many groups to call the attention of government in order to protect the rights of the Aetas in Capas, including the fruit of the research collaboration among the UP Department of Geography, University of Glasgow, the Philippine Geographical Society, and the Global Challenges Research Fund, which is a counter-mapping of the area over which NCC is built, in order to show that despite what official maps indicate, there are people who live in the area, and with them, their livelihoods and collective histories.

The BCDA’s official website declared in July 2019 that the New Clark City will be the most inclusive and sustainable city in the country, and further, that since there no declared ancestral domains or CADT on the area, that there will be no displaced Aeta families. Nothing could be further from the truth.

Conversations about environmentalism and sustainable development should always put into the limelight simultaneous discussions on human rights, especially those of the marginalized and the oppressed, particularly the indigenous communities. If it were indeed true that only 3,500 hectares in the 9,450-hectare development is buildable, then the Aetas should not have been given ultimatums to leave in the first place. An “inclusive and green city” which pushes further to the periphery the indigenous peoples damages more than it assists, destroys more than it creates, and alienates more than it unites.

It is high time that the BCDA, and the national government in general, genuinely listen to the plight of our first peoples; to consider their opinions and knowledge in the drafting of policies and legislation; to involve them in nation-building. Only then can we say that we are moving towards inclusive, sustainable growth.

As we commemorate International Human Rights Day on Tuesday, December 10, let us remember that recognition begins at home and with our first peoples, the Aetas. – Rappler.com