[OPINION] Why should Filipinos care about Brexit? Facebook Twitter Copy URL
Copied
Will it get harder to travel to the UK? Will remittances be cheaper or more expensive? How easy will it be for Filipinos to get a job there? 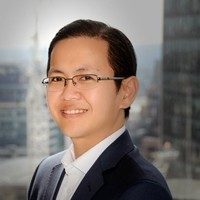 When the United Kingdom voted to leave the European Union (EU) on June 23, 2016, no one would have thought it would take more than 3 years, 3 extensions, 2 prime ministers, 2 general elections, and countless debates in the Houses of Parliament, in offices around London, and in various social settings, before this was decided with finality.

Despite talks of potentially not being able to achieve a majority and therefore having a hung parliament, the Conservatives secured 365 seats across the United Kingdom. This is 39 seats more than what the party required to secure a majority – the Conservative Party’s largest lead in over 32 years.

The overwhelming message was that it’s time for the UK government to “Get Brexit done.” Prime Minister Boris Johnson will now be able to deliver on his promise to secure a Brexit deal by the January 31, 2020 deadline, barely more than a month after being elected to office. (READ: Boris Johnson unveils manifesto for Brexit Britain)

The next phase of negotiations will focus on what trade agreements there will be between the UK and the EU, with the UK planning to have a provision making it illegal to extend the transition period beyond December 2020.

What does this mean for every Juan?

While the direction of travel has been established, there continues to be numerous moving parts to work on.

Two months after the referendum in 2016, this writer looked at 6 ways Brexit will affect Filipinos in the UK. We revisit how the 300,000 strong Filipinos living in the UK will be affected.

We shall also look at the potential impact of Brexit on Filipinos in the Philippines, particularly those who want to keep an eye on the global markets, with Brexit potentially shaping a big aspect of the global economy.

The day before the 2016 referendum, GBP1 was equivalent to P67.94, and the day after the 2019 general election it stood at P66.83. While this represents what appears to be a negligible 1.63% decline, this does not show instances when the pound touched highs of P74 to 1 Sterling Pound and hit lows of less than P60 per 1 Sterling Pound over the past 3 years.

Due to the pessimism about the resolution of Brexit, the British pound was not doing great, but its fortunes reversed soon after the General Election results were determined. This means that for Filipinos sending remittances of GBP1,000 from the UK this month, loved ones back in the Philippines will receive almost P1,869 more compared to November 2019. This month’s remittances will be especially helpful during the holidays.

Cost of visiting and studying in the UK

Filipinos looking to come to the UK for holidays will find it marginally expensive compared to 3 years ago right after the referendum.

Contrary to popular belief, the UK economy has not entered a recession yet despite slow growth. While some companies in certain industries such as automotive have made plans to move major operations outside of the UK after the vote, the UK economy and its stock market has been relatively resilient despite Brexit’s uncertainty.

For Filipinos looking for opportunities outside the Philippines, UK stocks are still considered undervalued based on the historical Price-to-Earnings ratio of companies in the FTSE All-share Index, although this may change now that there’s more clarity on the progress of Brexit.

In other areas of business, in an effort to attract investors from all over the globe, the UK continues to have favorable tax laws, with the corporate income tax being set at 19%. This is scheduled to further reduce to 18% from April 1, 2020.

As a result of the Brexit vote, there is no surprise that London’s housing market prices have declined. The Office of National Statistics (ONS) in the UK said that house prices in London fell 2.7% over the year to June 2019. Worse, the UK Housing Price Index reports that Central London’s housing market has been down 12.5% since August 2015.

Despite the devaluation in house prices, professional services firm KPMG reports that all regions in the UK see an increase in agreed sales for properties, which means that the political uncertainties may not necessarily affect real estate market activity. Property rental prices have even been noted to increase which means that opportunities are abound in the property market as long as one knows where to look.

The continued increasing, albeit slow, trend is good news for the savers among us. However, this would mean that the cost of borrowing to buy a home may become more challenging particularly against the backdrop of tightening regulatory requirements.

The National Health Service (NHS) warned there were currently 44,000 vacancies in England, 12% of the entire nursing workforce. It said that, if current trends continue, the number could surge to 100,000 within a decade.

This is partly due to citizens of EU countries opting to go back to their birth countries as a result of what they perceive as diminished prospects for staying in the UK. To help address the vacancies, there has been an increase in recruitment of nurses from outside the EU.

The Care Group Global, a UK-based healthcare recruitment group, reports that the UK National and Midwifery Council (NMC) changed its language testing requirements, which means that more nurses from the Philippines have been able and will continue to be able to work and live in the UK for at least the next couple of years. (READ: The ‘care’ of Filipino caregivers)

It may depend on how you view the world, but the United Kingdom has long been an economic powerhouse, playing to its strengths such as having top universities (Oxford, Cambridge, London School of Economics, among others), being the world’s leading financial center, and being open for business.

It is still a good time for Filipinos interested to invest in the UK, especially when the clarity that everybody in the world has sought for on Brexit has arrived.

Nonetheless, as we live in rapidly changing times, it is always good to keep our eyes peeled on how macroeconomic events can affect the pockets of every Juan. – Rappler.com

John Sio is a UK-recognized chartered accountant with over 15 years of experience. He is a director of Castle Consulting Group Limited, a leading UK-based and Filipino-owned consulting firm providing business and tax advice to the Filipino diaspora in the UK. You may contact him via email john.sio@castlelimited.com.