[ANALYSIS] Why slashing the ranks of Angkas bikers is anticompetitive 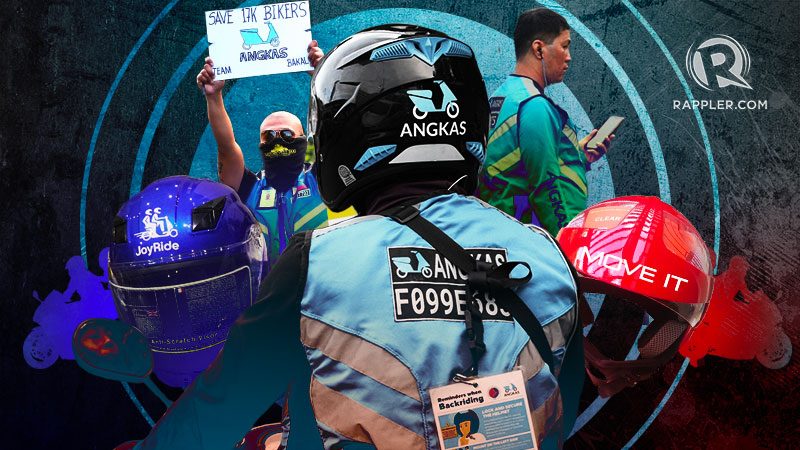 Facebook Twitter Copy URL
Copied
Is it fair for government to slash the number of Angkas bikers to make room for competitors? Is that the spirit of competition policy? Not at all.

There’s a fine line between competition and opportunism.

Right before Christmas, thousands of Angkas bikers took to the streets to protest the government’s decision to cut their number next year from 27,000 to 10,000. This is to give way to two new competitors, JoyRide and Move It.

All this is part of a technical working group’s “pilot run” – extended until March 2020 – that aims to study the feasibility and safety of motorcycle taxis, in view of possible legislation next year to officially regulate the industry.

But Angkas patrons quickly decried the government’s decision to slash the ranks of Angkas bikers by 63%. #SaveAngkas even trended on Twitter worldwide.

The government, meanwhile, accused Angkas of “emotional blackmail.” A member of the Land Transportation Franchising and Regulatory Board (LTFRB) said, “It is quite unfortunate that Angkas has made a public spectacle, and has resorted to emotional blackmail in its attempt to cement its foothold on this transport service.”

Is it fair for government to slash the number of Angkas bikers to make room for competitors? Is that the spirit of competition policy? Not at all.

A lot of commuters today – including myself – see Angkas as one of the few fast, cheap, and reliable transport options left. This, notwithstanding the risks involved in riding motorcycles.

Angkas has also managed to make up for the government’s many transport failures. In October, Angkas provided free rides when LRT-2 operations between Katipunan and Anonas broke down.

Yet even I will concede that motorcycle taxis need proper regulation by government. There are at least 3 reasons.

First, safety. Although Angkas’ fleet is said to be well-trained, and has so far maintained a near-perfect safety record, illegal motorcycle taxis more commonly known as habal-habal abound in Metro Manila and elsewhere.

If only to adequately train these “colorum” bikers, maintain standards, and ensure the safety of their passengers, regulation may be in order.

Second, traffic. Any one motorcycle is lean enough to weave its way between vehicles, and we gain more road space if car drivers choose to ride motorcycle taxis than drive their cars.

But together these bikes take up a lot of road space and might contribute to traffic rather than abate it. If so, government may rightly impose caps or quotas on the total number of motorcycle taxis.

Third, competition. Until recently Angkas was the only motorcycle taxi provider recognized by government, hence a monopoly. Good as its services are, Angkas may still improve a lot in the face of competition.

Despite the need for regulation in general and competition in particular, the recent introduction of new rivals – JoyRide and Move It – strikes many as anything but competitive.

In principle, Angkas bikers might simply transfer to the new players—just as drivers routinely switched between Uber and Grab before. In the pilot run extension the total number of bikers also jumped from 27,000 to 39,000, giving commuters more bikes to ride.

But besides Angkas there were in fact 6 motorcycle taxi providers that came forward to join the pilot run, the 4 others being CitiMuber, EsetGo, Sakay, and VroomGo. In the end only JoyRide and Move It made the cut. Why?

Government also need not have slashed the ranks of Angkas drivers just to jumpstart the operations of new rivals. That’s unfair and anticompetitive. As it is, JoyRide and Move It are actually struggling to fill the slots given them by the government.

Asked for an opinion by the Philippine Daily Inquirer, Commissioner Johannes Bernabe of the Philippine Competition Commission (PCC) said, “Being big per se is not necessarily bad. It’s the abuse of that dominant position [that is bad].”

He added Angkas’ dominance is different from what had happened with Uber and Grab.

Recall that Uber exited Southeast Asia in early 2018 after ceding its regional operations to Grab. This merger turned Grab into a virtual monopoly in transport network vehicle services (TNVS). Now we’re all stuck with Grab’s sky-high surge rates and long waiting times. (READ: How the looming Grab monopoly will impact on Filipino commuters)

By contrast, said Bernabe, Angkas “grew out of its own efforts.” By curtailing its operations government is effectively “taking away what Angkas has worked hard on obtaining, which is a driver base.”

Observant netizens also pointed out that JoyRide seemingly has connections with the current administration.

One noticed that the secretary-general of the Quezon City chapter of PDP-Laban (President Rodrigo Duterte’s political party) has been actively promoting JoyRide – even posting paid ads – on social media.

Another posted screenshots on Facebook of suspected bots and fake accounts posting glowing reviews of JoyRide – days before JoyRide even started operations, and amid overwhelmingly negative reviews on Apple’s App Store.

In trying to foster competition, regulators must show they’re not also paving the way for opportunists and vested interests in government.

A 1964 law  categorizes motorcycles as either private or government vehicles only. Under this dated law, motorcycles cannot be considered public vehicles that can carry passengers for a fee.

For these reasons bills are set to be filed in Congress next year to settle once and for all the legal status of motorcycle taxis.

In the meantime, the LTFRB has cracked down on Angkas repeatedly: first in January 2017, then in November 2017, then in December 2018. This has taken a toll on the profitability of Angkas.

Today we enjoy Angkas only because of a 6-month pilot run (which started in June) meant to provide valuable inputs to lawmakers next year.

Legalizing motorcycle taxis should pave the way for sensible, reasonable regulations. But government must also beware of overregulating innovative transport solutions like Angkas and stifling the innovations they bring.

In the spirit of real competition, lawmakers may also have to adjust our laws – even our Constitution – to allow foreign competitors to come in.

In the TNVS industry, for instance, foreign players like Go-Jek have tried to come in and break Grab’s monopoly. But this year LTFRB blocked Go-Jek’s entry for allegedly failing to meet the Constitution’s 60% Filipino ownership requirement.

We can only hope the government’s pilot run is properly designed to answer pressing questions about motorcycle taxis: Are they safe enough? How much do they contribute to traffic? Does competition improve their service?

Let’s also hope that the bills lawmakers will file next year won’t end up killing the motorcycle taxi industry.

Our people are desperate for fast, cheap, and reliable transport solutions. Government shouldn’t – and wouldn’t want to – stand in the way of that. – Rappler.com