Facebook Twitter Copy URL
Copied
Whatever the case, given the short period remaining in the President’s term, it would do well for him to seriously resume the talks. If, as Duterte says, this is his last card, he better play it. 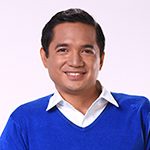 After unilaterally suspending, cancelling, or terminating the peace talks between the Philippine government and the communist-led National Democratic Front of the Philippines (NDFP) a record 5 times, Duterte is trying to revive the talks again.

Last month, Duterte sent former government peace panel members Silvestre Bello and Hernani Braganza to the Netherlands for backchannel talks with their counterparts in the NDFP. This resulted in both parties agreeing to a holiday truce from December 23 to January 7 as a confidence building measure.

Duterte’ move and the NDFP’s willingness to negotiate despite more than two years of continuous battles in the field and acrimonious word wars in the media and the internet, has raised many eyebrows with matching eyes to roll. (READ: Rappler Talk: Fragile talk with the Philippine left)

Legacy or pretext for more war?

Duterte first “terminated” the talks in February 2017, a few days after the successful conclusion of the 3rd round of formal talks, when the New People’s Army’s lifted its ceasefire declaration due to continued operations by government troops in its areas. He later backtracked and agreed to a 4th round in April.

Next, Duterte pulled out the government peace panel on the eve of the 5th round in May 2017 in response to the rebel’s order to intensify attacks on government troops in Mindanao following Defense Secretary Delfin Lorenzana’s pronouncement that martial law targetted both Muslim fundamentalist groups and communist rebels. Both panels have never met since then.

On November 2017, Duterte issued Proclamation No. 360 “officially terminating” the talks. This was followed by a proclamation declaring the Communist Party and the NPA as a terrorist group.

But then, a few months later, in April of 2018, backchannel talks were resumed and the formal talks were scheduled the following June. Alas, on the eve of the resumption, Duterte ordered its postponement, pending what he called a “review” of previously signed agreements.

In December of 2018, Duterte issued Executive Order No. 70 institutionalizing a “whole of nation” approach to counter-insurgency and establishing the National Task Force to End Local Communist Armed Conflict (NTF-ELCAC). This led to the vilification, red-tagging, conduct of searches, arrests, and filing of trumped up charges even against activists and unarmed civilians on the bare allegations of their being communist sympathizers or fronts.

On March 2019, Duterte finally disbanded the government peace panel and announced the ”permanent termination” of the talks.

But then again, last month, he sent Bello and Braganza for backchannel talks and appointed Salvador Medialdea as negotiator, essentially reversing his earlier decision to terminate the talks and launch an “all-out war” on the rebels.

Duterte’s track record in resuming the talks then scuttling them at the slightest sign of rebel belligerence has many thinking, is this not a ploy to cancel or terminate the talks AGAIN (for the 6th time) as a pretext for an even more brutal war against the communists and everyone else associated with them? Perhaps to even justify the imposition of martial law nationwide?

On the other hand, there are those in the President’s inner circle who believe that with a little over two years left in his term, Duterte is in legacy mode. With the drug war unlikely to produce its promised results and the economy slowing down, his only positive legacy would be achieving peace with both the Muslim and communist insurgencies. Or at the very least, bringing both groups to the negotiating table and minimizing the loss of lives and property in the battlefield.

Unfortunately, key officials within Duterte’s inner circle oppose the resumption of the talks, including his daughter Davao Mayor Sarah Duterte. Of late, Presidential Peace Adviser Galvez, Security Adviser Hermogenes Esperon, and DILG Sec. Eduardo Año, all former AFP chiefs of staff, have been very vocal against the talks. They insist that the NDFP is not only a spent force but a “communist terrorist group” whose agenda is diametrically opposed to the current policies of government and incompatible with the dominant globalist capitalist system.

Such beliefs are utterly mistaken and don’t reflect the reality on the ground. Fifty years of counter-insurgency operations, including 14 years of martial law, have not crippled the movement. Deadlines to “end” the insurgency have been set and re-set countless times by the AFP to the point of embarrassment. Unless a political settlement to address the roots of the conflict is reached through dialogue and negotiation, the armed struggle will continue.

What’s on the table

No doubt, the talks encompass a broad range of reforms in the political, economic, social, and even cultural spheres. And rightly so, since the objective of the peace talks is to address the roots of the armed conflict.

Meanwhile, drafts had been exchanged on the agreement on political and constitutional reforms, while initial discussions were ongoing regarding the agreement for a permanent ceasefire and the disposition of forces.

To fast track the process, both sides had agreed to work out an “interim peace agreement” to contain provisions on land reform and national industrialization, a general amnesty for all political prisoners, and an indefinite ceasefire. This even as as negotiations for the other agreements continues.

A certain level of trust and confidence has to be restored and mechanisms put in place for both parties to go back to the negotiating table. Thus aside from the holiday truce, the NDFP has requested for the release of arrested members and consultants of its peace panel. It is also asking for the release of sick and elderly political prisoners on humanitarian grounds.

For its part, Duterte is demanding a one-on-one meeting with NDFP chief political consultant Joma Sison and the holding of the talks in the Philippines. The NDFP insists that talks be held abroad in accordance with previously agreed protocols but Sison has agreed to meet Duterte in a third country and to come home for the signing of the IPA. (READ: ‘Duterte is No. 1 terrorist in the Philippines – Joma Sison)

Whatever their motivations, it is in the interest not only of both sides but of the Filipino people that the talks resume.

At the minimum, having both sides talking can lead to a de-escalation of the fighting, since mechanisms for respecting human rights and the rules of war can be immediately established, in accordance with CARHRIHL.

The talks also provide an opportunity for both parties and other stakeholders to push the envelope for structural changes in the economic and political systems. The NDFP’s draft CASER, for example, has provisions on free land distribution along with the collectivization of small farms to make them more productive. It proposes a national living wage, state control or tighter regulation of public utilities and key industries, and the development of basic industries like steel, petrochemicals, and agro-industries.

The draft agreement on political and constitutional reforms can pave the way for sober, inclusive discussions on federalism and regional autonomy, political dynasties, elections, and other aspects of governance.

In any case, many of the items up for discussion between the GRP and NDFP are long-needed policy reforms that have languished due to the entrenched, vested interests that have dominated the halls of Congress and various executive offices. Who knows, maybe this can be the proper, legal venue for Duterte to make his pitch for a “revolutionary government?”

Whatever the case, given the short period remaining in the President’s term, it would do well for him to seriously resume the talks. If, as Duterte says, this is his last card, he better play it. There is nothing to lose and everything to gain. – Rappler.com