[ANALYSIS] How the budget deficit exploded under Duterte’s watch 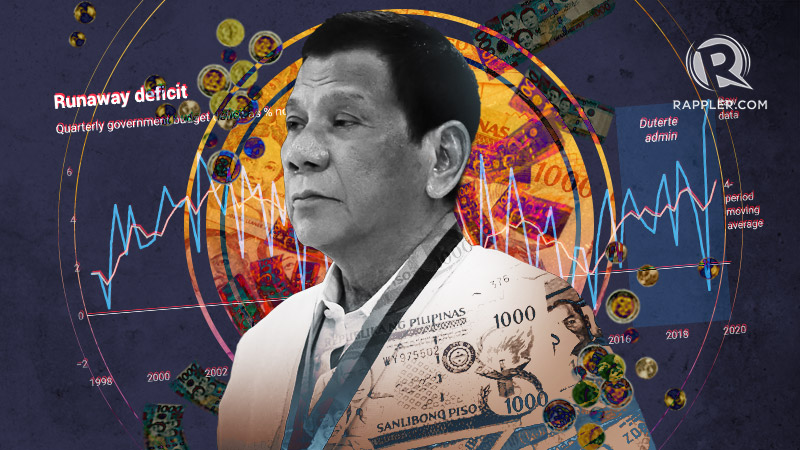 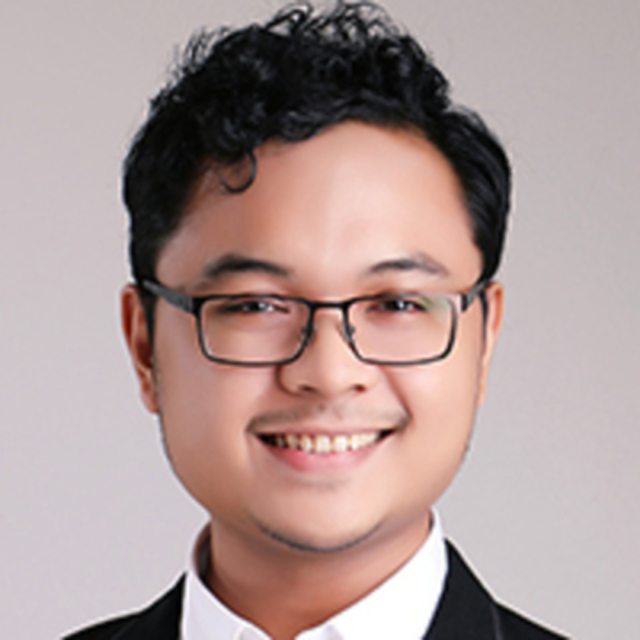 I’m quite surprised not more people are alarmed by this.

In case you missed it, the Philippine government’s budget deficit – or revenue shortfall – exploded in the last quarter of 2019. It amounted to a whopping P361 billion, equivalent to 6.8% of our country’s output in that quarter.

That’s the highest quarterly budget deficit since the earliest available data in 1998 (see Figure 1). The 5.7% deficit in the quarter prior was also the highest in a decade.

Just as striking, this is also the second time the annual deficit surpassed the ceiling set by the government.

Former budget secretary Ben Diokno, before he was appointed Bangko Sentral governor, had promised that the budget deficit during Duterte’s term would never exceed 3%.

Why is the deficit rising during Duterte’s watch? What does it mean? Need we worry?

A budget deficit simply means the government is spending beyond its means.

We’re all familiar with this: when payday hasn’t arrived yet and you really, really need to reserve that K-pop concert ticket or splurge at the next book sale, we similarly incur budget deficits.

So when the government’s budget deficit balloons like it did last quarter, you might reasonably expect the government’s income was too low, its expenses too high – or some combination of both.

The data bear this out. The Duterte government did fall short of some of its revenue targets. But easily the biggest source of the mammoth deficit last year was the explosion of spending, particularly disbursements by the national government (Figure 2).

First, the timing is curious: almost a third of the government’s expenses were disbursed in just the last 3 months of 2019 – as if they were cramming.

Some important public projects were indeed put off early in 2019 due to the midterm elections and the delayed passage of the national budget in Congress.

But as one friend pointed out to me, the 2019 budget’s validity was also extended, so there’s really no good reason to rush spending very late last year – to the point of sending the budget deficit through the roof.

The reenacted budget is no excuse; we’ve had them many times before. But this is the first time the quarterly deficit reached 6.8%.

Second, the components of those national government disbursements – and which contributed the most to the dramatic deficit increase – we don’t know yet. We’ll have to wait for the more detailed disbursement report.

But the treasury offered some explanation: the spending boom was driven mainly by: “strong infrastructure spending,” “implementation of social protection programs and services,” “personnel services expenditures,” “payment of pension and retirement benefits,” as well as the “creation and filling of positions in various agencies.”

Of course, there’s nothing wrong per se in running a budget deficit.

Think again of your own spending habits. When you take your officemates out for samgyeopsal before payday, you can borrow by, say, taking out your credit card. That’s okay as long as you keep a steady job and a reliable income stream. It also helps if you enjoy what you’re spending on.

In the same manner, when government runs a deficit it needs to borrow money to finance its expenses, and that contributes to the nation’s debt.

But deficits (and more debt) are okay as long as our nation’s income keeps growing and the government’s programs and projects are proven beneficial to our people.

But is that the case?

The Department of Finance (DOF) downplayed last year’s deficit by describing it – rather inelegantly, I might add – as “financeable.”

But government is barely reaching its revenue targets, and the upcoming tax reform measure called Citira is expected to be “revenue-neutral” (that is, making and losing tax revenues in equal measure).

Hence, we have little option but to borrow and incur more debt, whether from foreigners or our own people. Perhaps this is partly the reason why Duterte recently decided to lift his suspension on loan and grant agreements from UN countries which criticized his war on drugs.

At any rate, you will be relieved to know that in spite of the recent deficits, the public debt (in proportion to the nation’s income) remains manageable.

Huge deficits could, in principle, spur growth. But that’s not what we’re seeing.

The economic managers spun the recent spending spree as a “fiscal stimulus” that we “needed to shore up the country’s growth to a level closer to its 6.3-percent 10-year GDP growth average.”

The question is, why does growth keep decreasing despite massive spending?

The treasury cited infrastructure disbursements as part of the deficit explosion last quarter. But the government’s flagship infra project called Build, Build, Build is proceeding at a glacial pace. In fact, Duterte’s economic managers have had to revise the master list of flagship projects once they realized many projects turned out to be unfeasible. (READ: The moving goalposts of Build, Build, Build)

Unless key government agencies can solve long-standing shortages of technical expertise and beef up “absorptive capacity,” they won’t be able to build new bridges or roads on demand – no matter how much money Duterte throws at them.

It’s worth noting, too, that while the Duterte government obsesses over physical capital investments (roads, bridges, etc), they’re also defunding key human capital investments (education, health, etc) – things that might turn out to be more crucial for growth in the long term. (READ: Duterte’s perverse priorities in the proposed 2020 budget)

Keeping the budget deficit in check is one of the most important jobs of the economic managers. Allowing the deficit to blow up to 6.8% last quarter does not reflect well on them and suggests fiscal irrresponsibility and mismanagement.

Obsessed with credit ratings, they already preemptively put out a statement saying that last year’s deficit “should not adversely affect the country’s credit rating.”

They better make sure the huge deficit last quarter was a one-off thing, and not the start of a trend. Nothing puts off potential lenders or creditors more than a borrower who visibly can’t manage his finances well.

But perhaps they should fear more the public’s response if huge deficits are the new normal. Every episode of deficit adds to the mountain of public debt – already at P7.8 trillion – which will ultimately be borne by taxpayers and their children and grandchildren.

The author is a PhD candidate and teaching fellow at the UP School of Economics. His views are independent of the views of his affiliations. Thanks to friends for useful comments and suggestions. Follow JC on Twitter (@jcpunongbayan) and Usapang Econ (usapangecon.com).