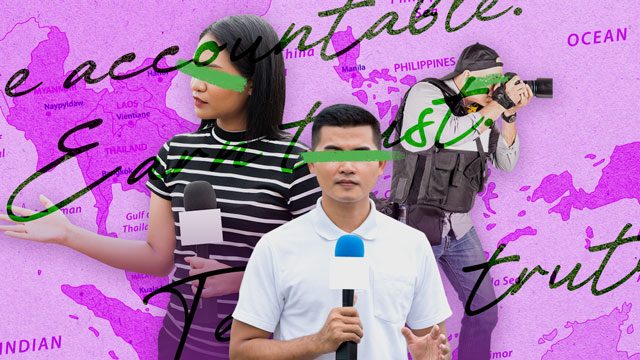 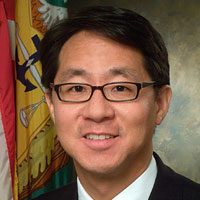 Palace Communications Secretary Martin Andanar said in a statement that a free press in the Philippines has helped “voice out the public’s pulse and serve as an avenue for the government to increase public awareness of its policies and report its activities with complete transparency.”

According to media reports, Andanar called on the media to work together with the government to eradicate biased information, misinformation, and disinformation that continue to damage the trust and relation between and government and the people. Strengthening the press and press freedom would certainly be welcome news in the Philippines and all of ASEAN.

The Philippines’ middling ranking of 136 out of 180 countries and territories assessed kept the nation in the “difficult situation” category in the latest assessment by Reporters Without Borders. That ranking though placed it in the top third of ASEAN nations, given relatively poor performances across Southeast Asia when it came to press freedom. Malaysia (101) and Indonesia (119) performed better than the Philippines.  Performing worse in the assessment of press freedom were in order: Myanmar (139), Thailand (140), Cambodia (144), Brunei (152), Singapore (158), Laos (172), and Vietnam (175).

Clearly, the latest Reporters Without Borders rankings underscores that press freedom is an all-ASEAN challenge.

RSF also notes that “the coming decade will be decisive for the future of journalism, with the COVID-19 pandemic highlighting and amplifying the many crises that threaten the right to freely reported, independent, diverse and reliable information.” Such crises include: “a geopolitical crisis (due to the aggressiveness of authoritarian regimes); a technological crisis (due to a lack of democratic guarantees); a democratic crisis (due to polarization and repressive policies); a crisis of trust (due to suspicion and even hatred of the media); and an economic crisis (improving quality journalism).

In the midst of these not insignificant challenges, however, I am reminded of 3 simple principles that I learned from Harold Burson, the pioneering public relations and crisis management leader. Burson, a longtime friend and mentor, was recognized by the industry publication PRWeek in 1999 as the most influential PR person of the 20th century, and passed away this January at the age of 98 after complications from a fall.

At a Lincoln Center memorial service for Burson in New York, I shared these and other principles.

In building a global business, Burson was no stranger to setbacks or the need to make corrections. He knew though that accountability is not a punishment or simply about water under the bridge. Through accountability comes change and progress.

As Los Angeles-based Fay Feeney, CEO of advisory firm Risk for Good, tells me, “Accountability is an assurance that an individual or an organization will be evaluated in their performance or behavior related to something for which they are responsible.” They will be stronger for it, and that applies to members of both the Philippine government and media establishment.

A basic tenet of public relations is echoed in legendary investor Warren Buffett’s oft-quoted statement, “It takes 20 years to build a reputation and 5 minutes to ruin it. If you think about that, you’d do things differently.”

Reputation like trust, can be lost quickly.  And trust, Burson taught me, like a good reputation must be earned over time. That is true for national and media leaders too.

So, how to earn trust in the age of the coronavirus, as Filipinos look to both government and media for information they can trust? The solution, Burson might have said, is as simple as “tell the truth.” More than that, ensure a system that encourages and allows others to tell and report the truth.

These might sound like old-fashioned words of wisdom from a century past but they hold true today at all government levels, and for businesses, religious organizations, other not-for-profit and community groups, and individuals, as the Philippines battles the direct and indirect consequences of the ongoing pandemic.

In the online announcement of the findings of the latest press freedom assessment, RSF Secretary-General Christophe Deloire asked, “What will freedom of information, pluralism, and reliability look like in 2030? The answer to that question is being determined today.”

This past February 15th, Burson would have celebrated his 99th birthday. He had hoped to make it to 100 years of age – “I’m working on it!” he had said to me. That was not to be, but his story is not fully over. He will live on to 100 and beyond through his ideas, his values, and through all of us in the Philippines and elsewhere – if each of us embrace his decency, his humanity, his wisdom.

As press freedom in the Philippines and across Southeast Asia continues to falter, it is time for all – including both leaders and the media that cover them – to recommit to these simple principles. – Rappler.com