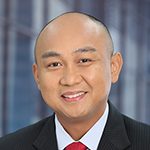 We economists could use some of the same philosophical grounding of medical practitioners: “First, do no harm.” We often justify our policy interventions to respond to “market failures” which include those that weaken competition and hamper collective action. But there is also such a thing as “government failure,” and Harvard economist Dani Rodrik once quipped that just because there’s a market failure, it doesn’t necessarily follow that we need to compound it with a government failure.

As experts who try to safeguard the economic health of countries, we economists have to make sure we don’t end up creating even more distortions through failed government policies. This is how I see the conundrum faced by the Duterte administration’s economic team (or more precisely, what’s left of it) and its continued dalliance with TRAIN 2.

First it was TRAIN 2, then it was CITIRA, and now it’s CREATE

New names and sexy acronyms, but it’s the same content: fiscal incentives reform (notably for foreign investors) and corporate income tax cuts. On paper these are sound reforms, and in a world not racked in crisis, and if done right, it might help boost the country’s competitiveness. Many of us economists (this writer included) actually once supported them. But in practice and once implemented under this administration, many of our economic reforms hit into the stark reality of weak state capability to execute policy. And also quite a bit of bad timing.

For instance, economic reformists ended up implementing TRAIN 1 during a period of high fuel prices, and they implemented rice tariffication shortly before droughts struck some of our main rice suppliers in Asia (followed promptly by COVID-19). And now reformists are seeking to implement fiscal incentives reform after a hugely unsuccessful effort to win the support of our existing foreign investors AND during a period of economic fragility and over 2 million job losses (an estimate that workers groups contest and claim is actually closer to 5 times that number). (READ: [ANALYSIS] How the TRAIN law worsened poverty, inequality)

Meanwhile, there does not seem to be a major budget reform nor bureaucratic reform agenda beyond the direct threats to the corrupt by the President. (Quickly belied by the continued recycling of corruption-tainted officials.)

Corruption indicators and competitiveness metrics have actually deteriorated under the Duterte administration. We were once 52nd out of 144 countries in competitiveness in 2015, and by 2019 we slid down to 64th. In terms of corruption, the 2019 indicator shows we scored 34, which landed us in the 113th spot – a decline of 18 notches from its previous rank at 95th in 2015. Perhaps unsurprisingly, net FDI in the country fell in 2019, the lowest it has been since 2015. Furthermore, Harvard Kennedy School scholars recently concluded a novel study of state capability measured in terms of bureaucratic and institutional performance indicators. This study showed the Philippines is 83rd out of 193 countries in the world in terms of state capacity to execute policies. And that’s the good news. The bad news is we are sliding over time, based on indicators of the last decade.

In the face of these challenges, budgets for training and bureaucratic capacity enhancement are likely (if not already) facing the axe under the present crisis. And until just a few months back, there was even talk of repealing rice tariffication because of poor execution. Those challenges are still there – only this time eclipsed by a global pandemic.

The Philippine State’s capability to execute is weak, and yet the government workplate is already full due to the COVID-19 pandemic and the impending economic slowdown. Incidentally, COVID-19 response is not exactly a showcase of successful policy execution. Testing targets have been missed; crisis communications have been confusing and divisive; and social safety nets have been delayed and error-prone, even as the lockdown has been extended – now among the longest of any country facing COVID-19. The latter implies the country will pay a very high socio-economic cost for controlling the disease – something which is not even clear yet due to the deficit in testing information.

Let’s not rush TRAIN 2/CITIRA/CREATE (or whatever they are calling it now) and make an effort to get it done better compared to TRAIN 1 and rice tariffication. Let’s also be honest with what we’re trying to do, rather than re-package what is essentially an important but still potentially painful reform. (READ: Rice tariffication: Birth pains force farmers’ kids out of school)

Too many Filipino families are still reeling from the combined effects of poorly executed reform policies in 2018 and 2019, and high-uncertainty and socio-economic disruption arising from the COVID-19 crisis. Pushing more reforms at this stage, seems like hubris.

With so little time left, and given the monster (i.e. COVID-19) staring us in the face right now, the de facto reform legacy of this administration could be the Universal Health Care (UHC Law) and social protection (4Ps Law) which can use further boosting and strengthening during the COVID-19 pandemic. That’s probably where our top development agency, NEDA, should focus – rather than support the creation of a whole new set of deep changes to an already murky economic environment.

NEDA is traditionally a strong champion of a more holistic economic development lens when it comes to reforms in our country. Historically, you can count on this agency to note one truth in reform debates: economic development is not just finance. We can definitely use that independent voice right now. – Rappler.com

The views expressed in this article are the authors’ and do not necessarily reflect those of the Ateneo de Manila University. Ronald Mendoza is the Dean of the Ateneo School of Government (ASOG).