[ANALYSIS] The Anti-Terror Act is worse than Martial Law 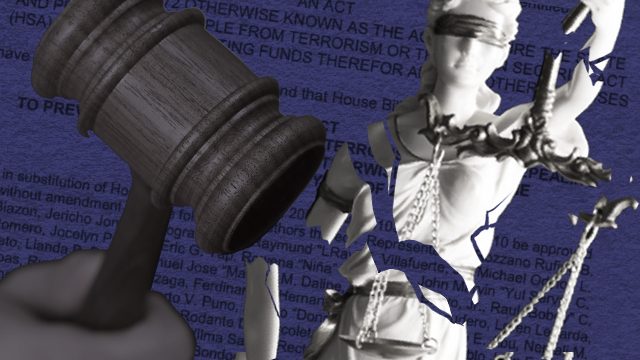 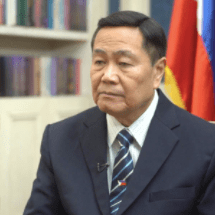 I am objecting to the Anti-Terrorism Act of 2020 (ATA) because of several provisions in the Act that are unconstitutional.

What has the ATA done? The ATA has demolished the first “inviolable” fortress and reinstated the ASSOs of the Martial Law era. Section 29 of the ATA, with the tell-tale heading “Detention Without Judicial Warrant of Arrest,” provides: “any law enforcement agent or military personnel who, having been duly authorized in writing by the ATC has taken custody of a person suspected of committing any of the acts defined and penalized under Sections 4 to 12” of the ATA shall not be liable if he or she detains a person for a total of 24 days without filing a judicial charge.

The written authority of the ATC is necessary to arrest a person suspected of terrorism outside of the situations where warrantless arrests are already allowed under Rule 113. This was explained clearly by the principal author of the ATA, Senator Panfilo Lacson, as I will elaborate shortly. The ATC is, of course, a purely executive body under the control of the President – composed of 8 Cabinet secretaries and the Executive Director of the Anti-Money Laundering Council. This is obviously unconstitutional since under the present Constitution only a judge can issue a warrant of arrest.

Let us go to the second fortress – warrants of arrest must be issued only upon “probable cause,” the term used in the Constitution. The ATA has also demolished this second fortress.

During the Senate deliberations on the ATA, Senator Lacson, the principal author of the ATA, explained:

Clearly,  the ATC can issue an arrest order even without “probable cause,” demolishing completely the second fortress erected by the Constitution to insure that the guarantee against unreasonable arrests is “inviolable.” The House of Representatives adopted en toto the Senate version authored by Senator Lacson, and thus the House is deemed to have adopted also the intent and interpretation of the Senate on Section 29. Obviously, any arrest order not founded on probable cause is unconstitutional.

The penalty for mere membership in an organization designated by the ATC as engaged in terrorism – 12 years imprisonment – is bailable but the accused can be placed under “house arrest” instead, negating his constitutional right to bail. However, for those who recruit members to such an organization, the penalty is life imprisonment, a non-bailable offense if evidence of guilt is strong. Life imprisonment means you remain in prison throughout your physical life, and under the ATA there is no possibility of parole. This life imprisonment is different from the reclusion perpetua in the Revised Penal Code, the duration of which is 20 years and one day to 40 years, after which you are released from prison.

Let me give a graphic example of the application of Sections 10 and 25 of the ATA. Suppose there is a former Senator, let us call him Mr X, who is designated by the ATC as a terrorist under Section 25 because he allegedly engages in acts intended to cause extensive damage to public places or private properties for the purpose of creating an atmosphere of fear. This is an act of terrorism under Section 4(b) punishable with life imprisonment. The ATC orders his arrest and he is taken into custody by military personnel.

Mr X’s  relatives file a petition for the writ of habeas corpus before the RTC on the fourth day of his arrest. The judge will issue the writ and require the custodian of Mr X to bring Mr X to the court on the 8th day of the arrest. When the judge asks the custodian why he is detaining Mr X, the custodian will produce the written authority from the ATC designating Mr X a terrorist and ordering his arrest. Unless Section 25 of the ATA is declared unconstitutional, the judge will have no recourse but to dismiss the petition for habeas corpus because Mr X is being detained pursuant to law and the government custodian has still 6 days to detain him before filing a criminal case in court, or even 16 more days if the ATC determines that law enforcement agents or military personnel need more time to gather evidence against Mr X.

On the 24th day the ATC, through the prosecutor’s office, files a criminal case against Mr X for terrorism. The judge issues a commitment order because the judge finds probable cause to the non-bailable charge. Mr X can file a motion for reconsideration or motion to quash, appeal to the Court of Appeals and all the way to the Supreme Court, but in the meantime, as long as the warrant of arrest is not lifted, Mr X remains in detention, just like Senator Leila de Lima. That is the effect of Sections 10 and 25 of the ATA.

Under the Constitution, the President can declare Martial Law and suspend the writ of habeas corpus for not more than 60 days. Congress by majority vote can revoke such declaration within 48 hours from its declaration. In contrast, the ATA once enacted into law remains in the statute books forever until repealed by Congress or invalidated by the Supreme Court.

Under the ATA, a person can be arrested for terrorism and detained for a total of 24 days before a judicial charge is required to be filed, whether he is charged for an offense punishable with life imprisonment or not. He can file a petition for habeas corpus right after the arrest, but once the custodian shows the written authority from the ATC, the judge will have to dismiss the petition because the person is being detained upon lawful order pursuant to law.

In short, with the ATA as part of the law of the land, the Philippines will be permanently under a situation worse than Martial Law.

My last point is the effect of the ATA on the presidential elections in May 2022. The ATA punishes speech, whether written, verbal or visual, that incites others to commit terrorism. The ATC, without a judicial warrant, can order the arrest of anyone for inciting to terrorism even before the incitement is made because the ATC is a “pro-active” body as explained by Senator Panfilo Lacson, the principal author of ATA. The arrested person can be detained for a total of 24 days. He can be released on the 25th day without any judicial charge.

However, the released person can again be arrested after a few days and the 24-day cycle will start all over again, unlike in habeas corpus where under Rule 113 the person released by the court cannot be re-arrested again by law enforcement officers for the same charge unless by order of the court.  Under the ATA, there is no prohibition on the ATC to order another re-arrest of the same person for the same offense.

The ATA will have a devastating effect on freedom of speech and freedom of the press in the May 2022 presidential elections. The Human Security Act of 2007 (HSA) is automatically suspended one month before and two months after the holding of any election. In contrast, the ATA, which repeals and replaces the HSA, is not suspended during any election.

In conclusion, if we do not want to experience a permanent contraction of our civil liberties, we must all work to have the objectionable provisions in the ATA invalidated by the Supreme Court or repealed by Congress. Vigilance is the price of freedom. – Rappler.com