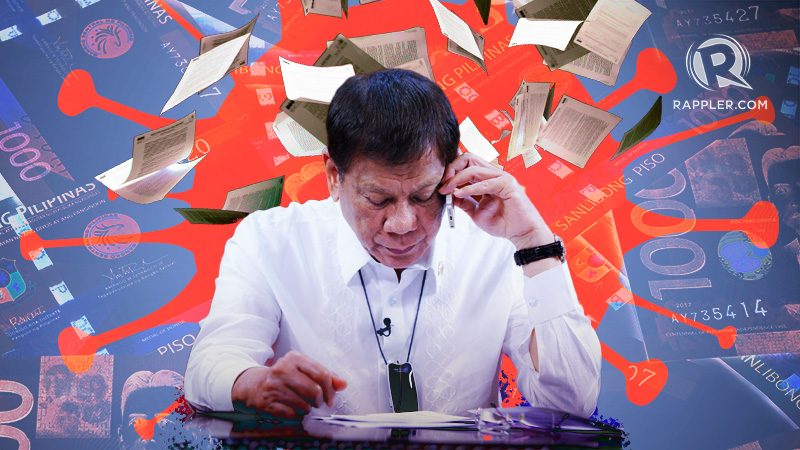 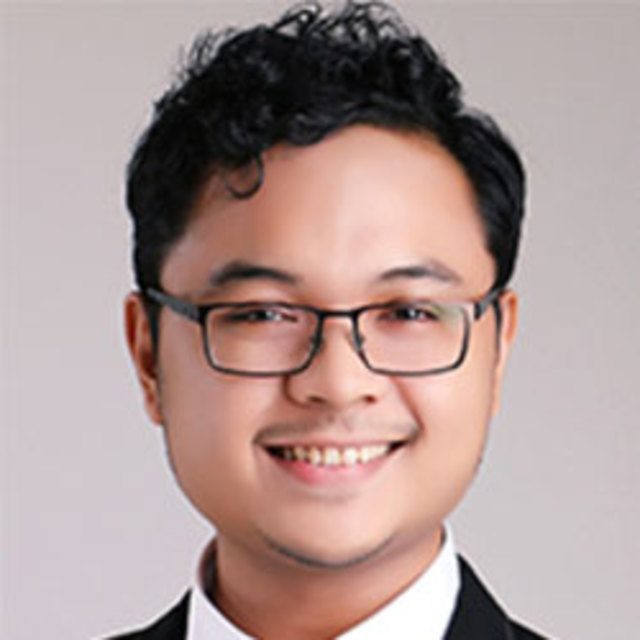 It’s a phrase we often hear from President Rodrigo Duterte, especially during his late night briefings. Last time we heard it was midnight of Monday, June 15, in the context of his proposal to buy transistor radios for quarantined students.

“Wala na tayong pera ngayon (We have no money now). I will look for the money to buy transistor radios to be distributed all throughout the country…We will try to do it,” said Duterte.

Setting aside the transistor radio issue for now, does government really have no money?

Cash-strapped though the Duterte government may be, it can always find ways to finance whatever it needs to spend on. In fact, in case you missed it, government has been signing billions of pesos worth of new loans in the past few weeks, one after another.

A lot more worrisome is the fact that all this time Duterte still hasn’t come up with a solid, well-thought-out fiscal plan. In the end, the new loans he got might not be put to good use.

We know government is cash-strapped because for some time now government has been operating on a budget deficit: its revenues have fallen short of its expenses.

Last April, with P461.7 billion of spending and only P187.8 billion of revenues, the government’s budget deficit reached P273.9 billion — easily the highest in decades.

With the Philippine economy contracting for the first time in more than two decades, it’s hardly surprising to see government’s revenues have dried up.

The pandemic has also exerted enormous pressure on government to spend on healthcare goods and services, as well as unprecedented amounts of emergency aid for Filipino households. Government’s expenses have invariably ballooned.

But even before the pandemic, the Duterte government’s budget deficit reached an all-time high last year owing to fiscal mismanagement. (READ: How the budget deficit exploded under Duterte’s watch)

A runaway deficit is worrying because it almost surely means the public debt will go up.

True enough, new loans have started to come in. Figure 1 shows that the government has secured from multilateral agencies — the World Bank, Asian Development Bank, and the Asian Infrastructure Investment Bank — at least 8 new loans and 2 new grants from March 2020 to present. Government also raised $2.35 billion from the sale of global bonds. (READ: Duterte borrows another $500 million from World Bank for coronavirus)

Adding all these, you’ll arrive at a little over P340 billion. Although the new loans are ostensibly earmarked for Duterte’s COVID-19 response, most of it will be placed in a general fund that government can allot for any item in its budget as it sees fit.

These new loans will undoubtedly add to the country’s debt stock, which has climbed to P8.6 trillion as of April, with domestic debt far exceeding external debt (Figure 2).

Our nation’s income has been rising as well, so economists naturally prefer to look instead at the debt-to-GDP ratio which has actually declined in recent years, albeit imperceptibly. Duterte’s economic managers take this to mean we’re not in dire straits just yet.

But make no mistake: debt is picking up. Figure 3 shows that as of April 2020 total debt grew at 10.5% — more than 5 times than when Duterte came into office.

On top of the new foreign borrowings, government also received in March a whopping P300 billion from the Bangko Sentral ng Pilipinas (BSP) through a so-called repurchase agreement. Government also regularly earns billions in the sale of government securities.

But these new funds may not be enough given the many demands of the pandemic. On top of the current budgets, Congress is also proposing a number of bills that could further strain the public coffers.

Rep. Stella Quimbo of Marikina City and other lawmakers are pushing for a P1.3 trillion economic rescue package called ARISE Philippines (Accelerated Recovery and Investments Stimulus for the Economy of the Philippines). This comprises wage subsidies, zero-interest loans for MSMEs, among others.

For instance, Acting Socioeconomic Planning Sec. Karl Chua pushed back against ARISE — and the supplementary budget it will require — saying it’s “not fundable” absent new taxes (and unless the new loans can be legally considered as new revenues). He and other members of the economic team are also wary of a runaway deficit for the rest of 2020.

But now is not the time to be overly worried of deficits. Government must pull out all stops and spend quickly on whatever we need to survive this pandemic — even if it means a swelling deficit.

This, in fact, is an argument for government to borrow even more aggressively. And as the economic managers themselves keep touting, we have enough fiscal space. In short, we can afford more new loans. What better time to use that fiscal space than now?

Sure, government can adopt a supplementary budget and finance that with even more loans.

But can Duterte and his minions spend the money effectively? Several red flags suggest they cannot.

Nearly 100 days since the first lockdown of Metro Manila in mid-March — and despite the putative “special powers” bestowed by the Bayanihan Act — the Duterte government still has not flattened the curve, not met its testing targets, not hired enough contact tracers, not cleaned up its COVID-19 data, not released the second tranche of emergency aid on time, not looked after furloughed and laid-off workers enough (with some of his officials flatly denying the veracity of the official unemployment figures), not sufficiently looked after the welfare of OFWs and stranded individuals (leading to the unfortunate death of Michelle Silvertino), not come up with a sensible, realistic plan for the reopening of classes (insisting on distributing transistor radios), not provided enough transport options with Metro Manila’s reopening, not set up enough bike lanes along EDSA and other parts of Metro Manila — to name only a few aspects of Duterte’s botched pandemic response.

Instead, the economic managers seem singularly bent on pursuing policies — such as CREATE (corporate tax cuts) and Build, Build, Build (big-ticket infrastructure) — that are not particularly needed at this time and will likely crowd out other important programs, notably Test, Trace, and Treat. (READ: Test, Trace, Treat (not Build, Build, Build))

On Tuesday, June 16, the Department of Finance secured a new P75.5 billion loan to build road projects in Davao and Cebu. Borrowing billions for road projects in the middle of a pandemic? Really?

Government also seems much more interested in enacting the tyrannical Anti-Terrorism Act of 2020 (“worse than martial law”), as well as stifling press freedom what with the swift conviction of Maria Ressa and Rey Santos Jr in a trumped-up cyber libel case.

Filipinos deserve a leader who can coordinate the many aspects of the pandemic response following a comprehensive, coherent, well-studied plan. Months into the pandemic, we’re still waiting for that.

Duterte’s keeps saying “walang pera” (there’s no money). But the bigger problem is that “walang namumuno” (there’s no leader). – Rappler.com

The author is a PhD candidate and teaching fellow at the UP School of Economics. His views are independent of the views of his affiliations. Thanks to Zy-za Suzara and Luis Abad for helpful comments. Follow JC on Twitter (@jcpunongbayan) and Usapang Econ (usapangecon.com).