[OPINION] Is Duterte now a dictator? 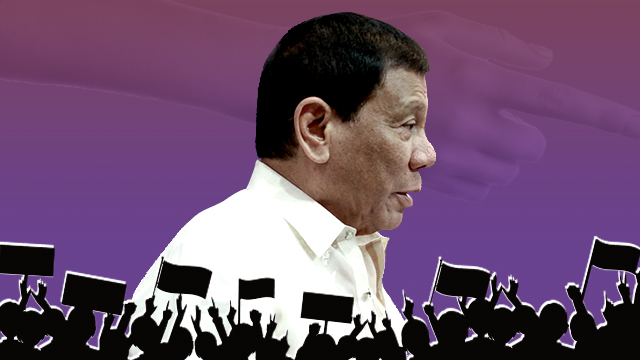 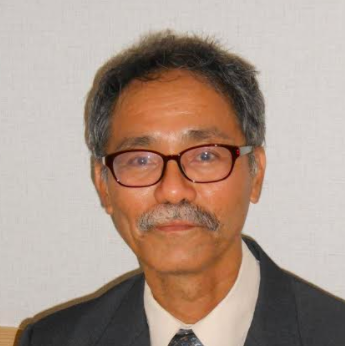 Shortly after Congress passed the Anti-Terror Bill, critics and opponents denounced it as signifying “martial rule without martial law” or as being “worse than martial law.”  Because martial law – at the nationwide level – has often been associated with the dictatorship of Ferdinand Marcos, the term martial law has somewhat become a metonymy (or substitute) for dictatorship or authoritarian rule.

Over the past few years, political analysts have written extensively about the erosion of democracy in the Philippines under the presidency of the populist Rodrigo Duterte. With the countless extrajudicial killings of drug suspects, suppression of dissent, grave infringements on civil liberties and the rule of law, and Duterte’s arrogation of broad executive powers, political scientists have characterized the Philippines as being an “illiberal democracy” and warned that it could turn – or return – to authoritarian rule.

With Duterte signing the controversial Anti-Terror Bill into law, which vaguely defines “terrorism” and grants the state and its security forces virtually free rein in cracking down on so-called “terrorists,” has the Philippines finally tipped over into a dictatorship? (READ: ‘The demise of democracy’: Filipinos denounce signing of anti-terror law)

According to some political analysts, the Philippines already slipped into authoritarian rule sometime ago, This appraisal can be gleaned from articles published early this year by the Varieties of Democracy (V-Dem) Institute and political scientists Steven Levitsky and Lucan Way. Amid the COVID-19 pandemic, their references to the authoritarian slide in the Philippines have gone largely unnoticed.

The V-Dem Institute, an independent research institute based in Gothenburg, Sweden, which is reputed to have produced the largest global dataset on democracy, presents a bleak picture of the global state of democracy. According to V-Dem, the world has been undergoing a “third wave of autocratization” since 1994. More and more countries have turned to autocratic rule – a form of government in which a single person or party possesses supreme and absolute power. The current wave of autocratization is posing a challenge even to some established democracies, including the United States and India.

According to V-Dem’s Anna Lührmann & Staffan I. Lindberg, both political scientists, today’s autocracies are different from those of the first (1926-1942) and second (1963-1977) waves of autocratization.

In the first two waves, most of the autocracies were of the “closed” type – regimes that did not hold multiparty elections to choose the chief executive. Autocrats seized power through such “classic” ways of autocratization as military coup, foreign invasion, or autogolpe (a “self-coup” in which the would-be autocrat would dissolve Congress, suspend civil liberties, and rule by decree). In 1980, about half of the countries in the world had closed autocracies.

Today’s autocracies are mostly “electoral autocracies” – they conduct some form of multiparty elections for choosing the chief executive. Would-be autocrats “legally access power and then gradually, but substantially, undermine democratic norms without abolishing key democratic institutions.” They resort to “more clandestine ways” of autocratic rule, such as harassment of opponents and critics, constraints on media freedom and the space for civil society, and the erosion of checks on executive power.

In its Democracy Report 2020, published in February this year, the V-Dem Institute declared: “For the first time since 2001, autocracies are in the majority: 92 countries – home to 54% of the global population.” Of these autocracies, 67 are electoral and only 25 are closed. V-Dem listed 87 countries as democratic: 37 liberal democracies and 50 electoral democracies (countries which have open and competitive elections, but which have shortcomings in civil and political liberties and the rule of law).

The Philippines was still included in the ranks of “electoral democracies” in V-Dem’s 2019 report, but near the bottom of the list. It slipped down to “electoral authoritarian” in V-Dem’s 2020 report. The overwhelming victory of Duterte’s forces in the 2019 midterm elections, which were marred by massive vote-buying and malfunctioning vote-counting machines, must have proven crucial in the Philippines’ downgrading. V-Dem did not present details on the Philippines in its report, but it provides access to its dataset free of charge.

According to Levitsky and Way, competitive authoritarian regimes are “civilian regimes in which formal democratic institutions exist and are widely viewed as the primary means of gaining power, but in which incumbents’ abuse of the state places them at a significant advantage vis-`a-vis their opponents.”

“Such regimes are competitive in that opposition parties use democratic institutions to contest seriously for power, but they are not democratic because the playing field is heavily skewed in favor of incumbents. Competition is thus real but unfair.”

The global rise of competitive authoritarianism, say Levitsky and Way, is a post-Cold War phenomenon. After the collapse of Soviet communism, the West established global liberal hegemony, in which the U.S. had “unrivalled military, economic, and ideological power.”

The early 21st century, however, saw dramatic changes in the global scene: the rise of China and Russia, a downslide in the influence of Western liberalism, major advances by illiberal forces within the West itself, and the dwindling of US democracy promotion efforts.

Full-scale authoritarianism did not stage a comeback. Instead, competitive authoritarianism came to the fore. Among the international factors that proved crucial to the latter’s rise and resilience were that Western democracies continued to be the world’s most influential states, and that no alternative model had emerged to challenge liberal democracy. Within many of the competitive authoritative regimes themselves, states and ruling parties were so weak that they lacked the institutional and coercive capacity to muzzle or stamp out the opposition.

The appraisals of the V-Dem Institute and Levitsky/Way on the autocratic or competitive authoritarian character of the Philippines’ current regime are by no means the general consensus or the dominant view among political analysts and observers. Freedom House still classifies the Philippines as “partly free” (between “free” and “not free”) – a broad category covering a wide range of hybrid regimes, including illiberal democracies, electoral autocracies, and electoral/competitive authoritarian regimes. The Democracy Index 2020 of the Economist Intelligence Unit (EIU) still classifies the Philippines as an “electoral democracy.”

The positions taken by the V-Dem Institute and Levitsky/Way would need to be examined more closely.

If what V-Dem and Levitsky/Way contend is true, then Duterte is already a despot. He does not need to declare martial law or a “revolutionary government” to become one. The Anti-Terror Law, as well as the conviction of journalists Maria Ressa and Rey Santos, Jr, the shutdown of ABS-CBN, the enforcement of a “martial law-style” COVID-19 lockdown, and the crackdown on activists are indications not of a dictatorship in the making but of a dictatorship at work. By the V-Dem or Levitsky/Way logic, Duterte is currently presiding over something more palatable than old-style authoritarian rule: a dictatorship with the trappings of democracy.

On two key points, however, V-Dem’s and Levitsky/Way’s appraisal of electoral autocratic or competitive authoritarian rule in the Philippines may not be quite on the mark.

For one, Duterte does not have supreme or absolute power, and may never even come close to it.  Duterte does not have control over the military. He has tried his best to woo the generals with funds and retired generals with government positions – one third of his cabinet are from the military. The military top brass, however, has been unhappy with Duterte’s rapprochement with China and recently forced him to back off from his threat of terminating the Visiting Forces Agreement with the US.

As Rappler’s Carmela Fonbuena has reported, the Anti-Terror Law is a brainchild and pet project of military and police generals, who have found the Human Security Act of 2007 too cumbersome in fighting terrorists. In a sense, the Anti-Terror Law is Duterte’s gift to the military. Both Duterte and the military could benefit from this law for their own ends. But it is unlikely that the military – and the US – would agree to letting Duterte assume absolute power or extend his stay in power.

The other problem with the V-Dem and Levistsky/Way position on the Philippines is that, following their line of reasoning, Duterte, as the electoral autocrat or competitive authoritarian ruler, or his party or coalition should easily be able to stay in power through unfair elections and continue autocratic/ authoritarian rule.

For now, Duterte’s patronage network has managed to maintain a huge majority for the administration in both houses of Congress. However, with Duterte constitutionally barred from running for reelection and with the 2022 presidential elections fast approaching, realignments are forthcoming. Duterte’s patronage network will break up into several pyramids of patronage under “presidentiables” who have their own agenda and may not be all that loyal or beholden to him. They will be competing not just among themselves but also against opposition “presidentiables.”

If Duterte wants to make sure that his successor will carry on with the current dispensation and not put him behind bars for human rights abuses, he would have to cobble together a broad coalition behind his anointed one in the 2022 presidential elections and ensure the latter’s victory through fair or foul means. Certainly not an easy task. Even if Duterte’s candidate does win, it would be unlikely that he or she would have as much charisma or populist appeal to bring about and sustain electoral autocracy or competitive authoritarianism.

Duterte is now encountering hurdles in his authoritarian drive as perhaps never before. A wide range of groups have come forward to register strong opposition to the Anti-Terror Law and other recent authoritarian moves of Duterte – human rights groups, activist organizations, opposition parties, religious leaders, top universities, business groups, mass media, lawyers groups, etc.  Although Duterte continues to poll high approval ratings, the growing resistance to his authoritarian ways may not only help preclude dictatorship with an electoral guise, but also reverse autocratization to democratization. – Rappler.com

Nathan Gilbert Quimpo is an adjunct professor (semi-retired) at the University of Tsukuba and Hosei University (Tokyo) in Japan. He is the author of Contested Democracy and the Left in the Philippines after Marcos and co-author of Subversive Lives: A Family Memoir of the Marcos Years.