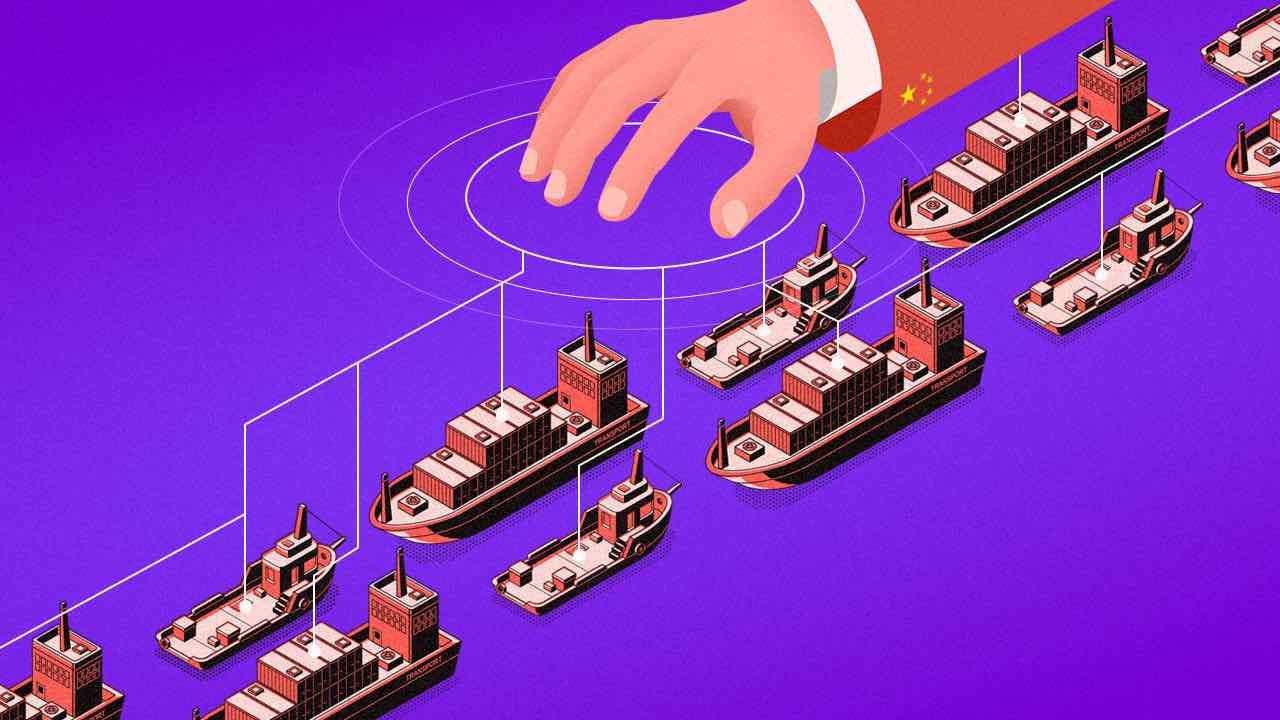 Beijing’s campaign to seize the South China Sea has been patient, incremental, and subtle, involving small steps, false assurances of no further actions, and environmental destruction.

People’s Liberation Army (PLA) sources have told the South China Morning Post that Beijing intends to declare an Air Defense Identification Zone (ADIZ) over the South China Sea. Neither its boundaries nor the timing of its establishment was mentioned, but given the expansion of facilities on Fiery Cross Reef and recent staging of Airborne Early Warning and Marine Patrol Aircraft to the base there, the decision has already been made. Its execution simply awaits a propitious opportunity. That is, once President Xi calculates China can afford the likely international and regional reaction to the announcement, probably sometime after the US Presidential election, unless he feels the ADIZ will influence the election in China’s favor. 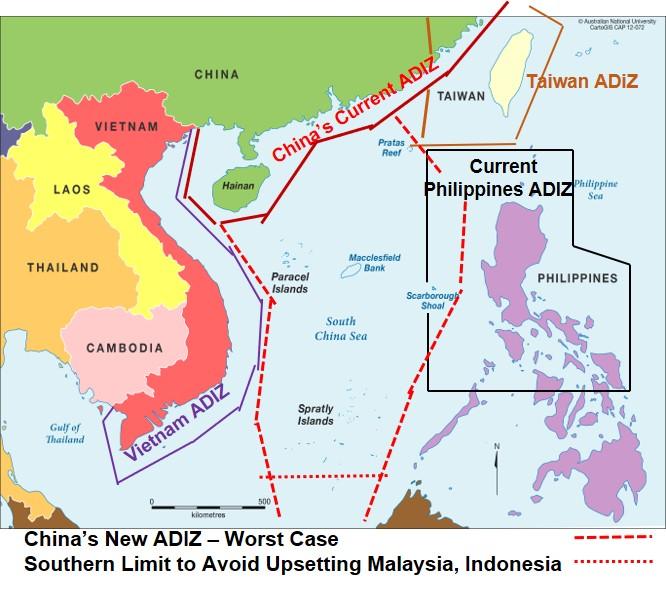 More importantly for Asia, the new ADIZ will enable China to monitor and justify intercepting and escorting air traffic over almost the entire South China Sea, although Xi may limit it to the northern South China Sea to avoid alarming Brunei, Indonesia, and Malaysia. Nonetheless, its formation will impact them in the future, if not immediately, since enforcing an ADIZ constitutes an exercise of national authority. Also, although neither the Philippines nor Vietnam actively enforce their respective ADIZ’s, China’s new ADIZ will overlap them and those countries’ South China Sea claims. Will China use its ADIZ to restrict flights into and out of those territories? Perhaps not initially, but when it wants to, it can use its ADIZ to justify doing so. (READ: Beijing continues South China Sea aggression during pandemic)

Deterring China will require all the affected nations to inform China they view a new ADIZ as an aggressive act that violates the Chinese’s February 2014 statement that it had no intent to establish one in the South China Sea, and raises questions about the credibility of all Chinese promises and international agreements. Moreover, viewed in context with Xi’s actions in Hong Kong and China’s actions along the Sino-Indian border, it probably is a harbinger of future Chinese aggression.

The announcement may surprise the uninformed when it is made, but most observers of Asian affairs have been expecting the move since China unilaterally expanded its ADIZ over the East China Sea in November 2013. As with the goal in that instance, it marks another stage of Xi’s slow march to control Asia’s primary air and maritime transit routes. Of course, as he did then, he will obscure his intentions by assuring the international and regional community that China will not interfere with international commerce despite requiring all aircraft to register their flights through the ADIZ with Beijing. He will also promise that he will not further expand China’s military facilities and presence there. Of course, as with all Xi promises, it only refers to his actions of the moment. It has no meaning for the future.

Geopolitically, Xi effectively has positioned Chinese officials in UN bodies to mute any potential objections from affected international organizations. For example, the International Civil Aviation Organization that coordinates international air space and air travel issues is now led by Chinese official Fang Liu. China has also inserted Chinese officials throughout the UN’s key agencies at the time when the United States was disengaging from the organization. So there will not be any UN challenges to China’s action. In fact, the UN has sponsored much of China’s “maritime research and survey” activities and “navigation system” construction in the South China Sea. It has also suborned international environmental groups such as Greenpeace to remain silent, as China’s construction crews dredged up and destroyed over 2.4 million hectares of sensitive “UN protected” marine environment to build and expand its artificial islands in and around the Spratly Islands. (READ: Pompeo urges ASEAN to call out Beijing’s moves in South China Sea during pandemic)

Declaring an ADIZ and stationing forces to enforce it has serious regional and geo-strategic implications. In modern warfare, gaining control over the air space is a critical prerequisite to launching any military operation. China’s establishment of an ADIZ will represent another step in China’s campaign to seize control of the South China Sea. Beijing hopes to achieve that objective within the next 5 years. The Philippines and other regional countries must now determine how best to prevent China from achieving that objective, because seizing control of the South China Sea is but the maritime step in a much larger strategic goal: dominating Asia by 2050.

Controlling the South China Sea will give China the ability to control air traffic over and maritime trade through it. Such control would enable China to constrain Vietnam’s and the Philippines’ shipping and impact much of Japan’s, South Korea’s, and Taiwan’s mercantile trade. Going around the South China Sea adds 10-14 transit days to shipments to and from Europe and the Middle East, adding time and costs to those countries’ economic interactions with those regions. China’s leverage over Japan’s and the Philippines’ trade will increase significantly if China is able to extend its reach into the Second Island Chain – something more easily achievable if Beijing conquers Taiwan. That is threat not easily dismissed, given China’s recent and expanding penetrations of Taiwan’s ADIZ and bellicose rhetoric about “forced reunification” with China. Invasion is not imminent but Chinese leaders are patient. Beijing’s rhetoric and actions today simply represent indications of intent and stepping stones, respectively for future action that lie years away.

Denying China its goals will require a unified and “whole of government” approach to pressuring Beijing. China employs a unified effort by all of its government and party agencies to achieve its goals.  Deterring its aggression will require the international community and ASEAN members to individually and collectively do the same. The United States needs to provide the leadership for that effort but recognize that each ASEAN member is a partner whose interests drive its decisions. Therefore, the focus must be driven by mutual concerns.

ASEAN’s economies are strong and can serve as investment alternatives to China and the US, and others should resume their once-significant economic investment in ASEAN member countries.

China’s economic rise has been assisted by Western investment, cooperation, and collaboration and its economy is critical to Xi’s hold on power.

Diplomatically: ASEAN members with South China Sea claims should work collectively to identify areas of cooperation in the South China Sea, particularly with respect to territorial disputes. The 2016 International Court of Arbitration provides an example. It validates Philippine claims and can do the same for the other ASEAN members. Perhaps, a combined presentation of ASEAN member countries’ claims to the court might provide an internationally recognized basis for a unified ASEAN position and action. There is of course, a political risk, but the claimants will get a much fairer hearing and more just adjudication from the International Court of Arbitration than they will from China. Whatever the outcome, the results will be better than the current status quo, which China is challenging without respect to other countries’ interests.

Militarily: ASEAN members should seek ways to bolster their defenses overall but especially in the South China Sea. The latter has to be done in a coordinated fashion to ensure the other members do not interpret it as a threat to their interests there. A united diplomatic campaign to adjudicate the territorial dispute will do much to further collective and bilateral trust.

ASEAN member countries also should consider publicizing the issue globally. China has done so, presenting its actions as correcting “imperialist wrongs” of past centuries. ASEAN members also suffered from those actions and they enjoy international credibility for their involvement in the Non-aligned Movement during the Cold War and their successful resistance to imperialism, an experience shared by many new countries

None of this is simple or easy, but a divided effort delivers victory to the aggressor and today’s struggle is not about the present, but rather the Asia of 20 years hence. As his actions in Hong Kong and the South China Sea and elsewhere have demonstrated, Xi’s assurances and promises have no meaning.  His actions mirror those of 20th century aggressors who took the world to war over 70 years; early aggressions were small, insignificant, and followed by promises of no further aggression. Then came larger acts of aggression, greater suppression at home, and more assurances of no further planned aggression.

The path ahead is dark and uncertain, but the worst consequence can be prevented by a united effort founded in mutual concerns, and supported but not driven by the United States and other outside powers. No nation is omnipotent and every aggressor retreats if the cost and consequences of their aggression exceed what they can afford if they want to remain in power. Xi is no different. – Rappler.com

Captain Carl O. Schuster, USN (Ret) is a 1974 Graduate of the University of South Carolina NROTC battalion. Captain Schuster earned an MA in International Relations from the University of Southern California in 1989. Initially commissioned as a surface line officer, he served on a variety of US and foreign ships and submarines, as well as in several field and staff assignments, before finishing his career as director of operations at the Joint Intelligence Center, Pacific. He retired from the naval service in June 1999. He is a prolific writer on military and maritime history and also teaches at several institutions in the United States.