[OPINION] 100 days of COVID and Duterte 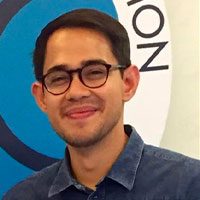 Like watching never-ending seasons of The Walking Dead, President Duterte has once again extended community quarantine. Life under quarantine and physical distancing has begun to integrate itself into the so-called “new normal.” I first encountered this term when Typhoon Ondoy hit Metro Manila; what once was a concept communicated by disaster experts for affected areas is now a global reality. This pandemic is unprecedented and has exposed fundamental challenges and weaknesses of the authorities who govern us.

Yet a look at the recent SWS survey points out that Duterte’s reputation remains intact. The SWS hunger survey during community quarantine can be interpreted that most Filipinos see the government as a major provider of their most basic need – food. In contrast to the bubble in one’s timeline and some facts on the ground, the President might still get the approval of many in handling this crisis.

While Presidential Spokesperson Harry Roque calls beating UP’s projection of 40,000 a victory, it is clearly COVID that won over the Filipino people. We are currently at more than 50,000 cases, with daily cases reaching the thousands for over a week now. This is expected from a government that basically tried to wait this pandemic out, not offering any real and comprehensive action plans to the point where ordinary citizens are left to fend for themselves. Clearly, the Philippine government wasted the most precious commodity in a crisis: time.

In trying to make sense of these clear contradictions, we can see 3 obvious observations on this matter:

First, the approach to this pandemic is classic Duterte. When the President took on the war on drugs, he treated the problem purely from an old school “crime and punishment” worldview instead of a modern major public health response to a health crisis.

We can see the same approach in the government’s COVID-19 team, mainly composed of current and former military officials. Recently, Environment Secretary and retired general Roy Cimatu was sent to Cebu City with police and military battalions in a show of force – as if bullets could kill the virus.

It is safe to say that Duterte’s ignorance of this pandemic as a public health problem manifests in a lack of actual health-oriented action and focus on propaganda. One-hundred-plus days in lockdown and the public cry for mass testing continues to fall on deaf ears. Government claims that the country’s testing capacity is close to 60,000, but actual tests conducted per day are about 15,000 to 17,000 only.

Even then, this heavy-handed approach is far from just. Like Duterte’s war on drugs, the law on community quarantine has been applied selectively. Workers in public transportation and street beggars are subject to flimsy criminal complaints and detained for days. Meanwhile, government officials, allies, and even the head of the regional police who violate set protocols are afforded “compassion and kindness.” Such unfair and misguided action continues to leave the poor, the vulnerable, and sick behind.

Governing with fear and intimidation

Second, Duterte’s key ingredient to maintaining public support is an atmosphere of fear and intimidation. We see how propaganda and lies have created a shift in what is “true” and “right” with online trolling, fake news, and false reports. To keep this facade, this administration also silences journalists and ordinary citizens who disagree with it.

ABS-CBN has been off the air for a month by orders of the NTC while Congress finishes the job of tackling – and denying – its franchise renewal application. Rappler CEO Maria Ressa and Reynaldo Santos Jr were convicted of cyber libel for an article published before the Cybercrime Prevention Act of 2012 was implemented. Meanwhile, a teacher who posted his frustration against the President was jailed and charged with inciting to sedition. Another salesman who posted a criticism of Duterte and Bong Go was arrested by the police for “libelous” comments in violation of the same Cybercrime Law. It is the government’s intent to strike fear in critics by displaying swift and harsh reactions to keep us quiet.

Worst of all, during this pandemic, the government has prioritized the Anti-Terrorism Law which curtails free speech, detains suspects without proper warrants for long periods, and gives extra powers to police and military without checks. Now that this draconian measure has been signed into law, it will protect the acts of impunity the administration has been perpetrating since day one, until it is struck down.

Space for a political alternative

Finally, I remember Samuel Huntington explaining how economic conditions create the possibility for democracy, but how it is political leadership that makes democracy real. Our “new normal” must bring with it the opportunity to change the old economic and political spaces.

Washington-based Institute of International Finance says the Philippines was among the emerging markets that would experience “deep recessions” this year, as our public health crisis is far from over.

The DBCC projects the country’s gross domestic product (GDP) to contract by 2% to 3.4% this year. Labor groups project unemployment to be at 12 million, from just 7.3 million in April. This unemployment comes not only from retrenchments by major companies, but the closure of thousands of medium, small, and micro-scale enterprises (MSMEs). We can expect larger firms to merge and consolidate, which undoubtedly would dominate markets and focus the country’s wealth on a handful of crony capitalists.

But amid the dismal state of our economy, the essence of this third point is on making democracy real, especially as we near the end of Duterte’s term. Some ask if there would even be elections in 2022 considering Duterte’s track record of eroding the democratic process.

While my fervent answer as a democratic idealist is yes, I can also pragmatically say the same. Without strong opposition against this regime to fight in the next elections, it is an easy win for the administration. So, whoever the Duterte camp’s bet is, I am certain they would conduct this sure-win election to project a fresh mandate to us and the international community.

Our task now is to identify strong political leaders or opposition we can rally around to fight and bolster a campaign against the current regime. Only until we find these leaders will our democratic spaces, our country be safe for ordinary citizens. – Rappler.com

Gio Tingson is lawyer and former chairperson of the National Youth Commission. Tingson was also the Vice-Chairperson of Akbayan Citizens’ Action Party.