Apr 26, 2012 5:48 PM PHT
Ronald U. Mendoza
Facebook Twitter Copy URL
Copied
If they would contemplate conflict, decision-makers should also consider its costs. Any conflict in this region will cost the countries involved, the Asian region, and the world dearly. 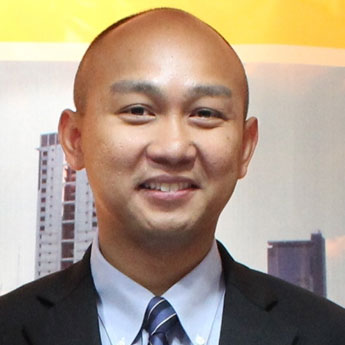 A series of events contributed to the escalation of tensions in the West Philippine Sea (or South China Sea depending on which beach you’re standing on), including the recent build-up of Chinese military hardware, Vietnam’s decision to pursue its oil and gas exploration in collaboration with the Indian company OGCC, and the Philippines’ recent joint military exercises with the United States.

As early as last October 2011, one article in the state-run Global Times of China published an op-ed contemplating conflict:

“Countries like the Philippines and Vietnam believe China has been under various pressure. They think it is a good time for them to take advantage of this and force China to give away its interests. Their inspiration is illogical and it is rare to see small countries using ‘opportunistic strategy’ on bigger countries. Hard-line response will cause trouble for China, but if the problems and ‘pains’ these countries bring exceed the risk China has to endure to change its policies and strategies, then a ‘counter-attack’ is likely…If these countries don’t want to change their ways with China, they will need to prepare for the sounds of cannons. We need to be ready for that, as it may be the only way for the disputes in the sea to be resolved.”

This is not the official policy of the Chinese government, and some put little stock in the Global Times (seen as the Chinese equivalent of Fox News in the US). Still, millions in the US follow Fox News. We can only wonder how many Chinese actually share the sentiment of this op-ed in Global Times.

If they would contemplate conflict, decision-makers should also consider its costs. Any conflict in this region will cost the countries involved, the Asian region, and the world dearly. Here are a few facts to consider:

• Any conflict in the region is likely to derail the fragile global economic recovery. Asia is presently the only bright spot left in the world economy. Even as emerging markets in Asia account for about 30% of global GDP, they collectively account for about 60% of global growth. Conflict in the West Philippine Sea will definitely affect commerce conducted through some of the busiest ports in the world, including ports in Hong Kong, Kaohsiung, Shanghai, Manila and Singapore. According to the International Association of Ports and Harbors, these ports are among the world’s top 50 busiest ports and these 5 alone account for roughly one-fifth of global container traffic.

• One unofficial estimate puts the overall value of the maritime economy in the West Philippine Sea―including petroleum, natural gas, fishing, and other resources―at well over US$1 trillion. Surely this is a low-ball estimate given that exploration and economic activity in the area has barely started, owing in large measure to the disputes. Conflict in the area will cause severe economic disruption among the countries and businesses that are part of this regional maritime economy.

• Asia accounts for about one-fourth of total goods trade in the world, and about half of this is trade within the region. About one-third of global manufactures exports comes from Asia, and their production more often than not involves intra-Asian trade in intermediate goods with final assembly in China.

In short, a disruption affecting Asia’s regional supply chains will also affect the rest of the world, due to the important role of Asia in the global economy.

• A comparison of the respective armed forces of China and the Philippines suggests a very uneven contest. In terms of personnel, the Chinese Army, Air Force and Navy are, respectively, 20, 20 and 10 times larger than their Philippine counterparts. China also has the capability to deploy considerable naval armaments to the disputed region―19 destroyers and possibly 1 aircraft carrier compared to 0 for the Philippines. The entire Asean has no destroyers and even though Thailand’s HTMS Chakri Naruebet is technically an aircraft carrier, it has seen better days. (It is now mostly used to transport the Royal Family of Thailand and to help out in emergency operations, such as the recent floods in Bangkok).

It is easy enough to declare war, but very costly to wage it (especially if you plan to win).

In fact, the same is true for China―most of the headline increase in military spending of this country is not due to a higher share of the military from its total economic income, but rather due to an expanding economy.

• China, similarly, will also face its own public finance challenges, should it be embroiled in a conflict. Even with its US$ 3 trillion in foreign reserves, disruption in economic activity and trade, along with rising military spending will probably see that buffer eroded quite quickly. China also faces other spending and investment priorities just like the Philippines and other countries in the neighborhood.

As noted in a recent article in the Economist, rapidly ageing China “like all the other great powers…faces a choice of guns or walking sticks.”

• This does not even consider the human development and social cost of conflict, which are likely to be immense and incalculable. Countries in conflict will typically get knocked down both the economic development as well as the human development ladders. Post-conflict countries will take years to rebuild the trust, stability and capabilities to once again compete in the global economy and entice investments.

International evidence suggests that post-conflict countries could be crippled by up to 3 percentage points less annual economic growth even after a decade after the conflict ended.

These facts taken together suggest that any conflict would be ill-advised for any of the countries concerned. Given a simple calculus of what both countries stand to gain, and what both stand to lose (including the cost to the region and the world economy), the choice for diplomacy is clear.

Why all this saber-rattling by some in China then? Could it be the offshoot (at least in part) of the present leadership transition in that country? Is there a risk that more hardline forces are gaining power?

Anecdotal and other evidence―including the recent sacking of a prominent Communist Party official―suggests that China’s leadership is not as homogeneous as people often think. Its leadership transition in November is part of a delicate baton-passing that the Chinese are now undergoing.

All of the above form the context of the Philippine government’s ongoing response to this situation.

Quiet and difficult diplomatic work with moderates on the other side of the table, as well as with other countries in the region who also stand to lose should a conflict erupt, may yet see this crisis resolved.

It is no one’s interest to see conflict break out in the West Philippine Sea―except perhaps those hardliners on either side whose influence is eroded by continued peace and economic prosperity. – Rappler.com

Table 3. Military Spending (in Million US$)

Table 4. Military Spending per Active Military Personnel (in 1000 US$)

(The author is Associate Professor of Economics at the Asian Institute of Management and Executive Director of the AIM Policy Center. The article represents the views of the author and not necessarily of AIM. The author thanks Charles Siriban for excellent research assistance.)