Winners and losers in ASEAN 2015

Apr 6, 2014 10:37 AM PHT
Facebook Twitter Copy URL
Copied
A number of ASEAN firms are taking steps towards grabbing opportunities that ASEAN 2015 could bring but some sectors also stand to lose out 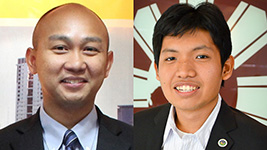 Economic integration in the form of free(er) movement of goods, capital and people will typically yield what economists call “efficiency gains” for a country – benefits derived through specialization, competition and better allocation of resources in production.

This is the fundamental bedrock of free trade; and this process can serve as an engine of high and sustained growth. Yet is this growth necessarily inclusive?

Critics are right to point out that these macro-level gains are not necessarily a guarantee that everyone shares in these benefits – Yes, the pie will grow, but who gets to share? Inclusiveness depends on whether most sectors are able to compete, and ultimately, whether competition brings out better products and services for most consumers.

Observations of strategic adjustments by ASEAN firms in a database being constructed by the AIM Policy Center suggest that some of the most competitive firms in the region are already taking decisive steps to take advantage of the opportunities that ASEAN 2015 could bring. Yet there are also sectors that may stand to lose out; and that is where public sector intervention is critical in order to make the integration process a fair one.

The banking industry is a key sector to watch as consolidation and network externalities (more branches and more customers spell lower costs on the margin and higher profits) take place. As expected, several regional giants are seeking to gain a foothold and expand in relatively underdeveloped markets.

In the CLMV (Cambodia, Laos, Myanmar and Vietnam which together account for approximately 167 million of 617 million people in ASEAN), Thai banks like Bangkok Bank, Krungthai Bank and Siam Commercial Bank, are pursuing expansionary strategies. Many of these same banks join DBS Holdings (a Singaporean bank trying to acquire Indonesian PT Bank Danamon) and Affin Holdings Bhd (a Malaysian banking group trying to acquire a majority share of Indonesian PT Bank Ina Perdana) in expanding in Indonesia, the largest ASEAN member country (population of about 250 million or about 40% of ASEAN).

The top 2 Malaysian banks (Maybank and CIMB) have also started penetrating the Philippine banking market, with Maybank planning to increase its branches in the Philippines to 100 in 2014 and 200 by 2018.

In addition, Thai Beverage Company together with its sister company, TCC Assets, acquired a majority ownership of Fraser and Neave Ltd., a major player in the Singaporean and Malaysian softdrinks market.

Lion Group ordered 230 Boeing 737 jets in a deal worth $22.4 billion in 2011, and 234 Airbus medium haul aircrafts in a deal worth $23.8 billion in 2013. Air Asia Group purchased an additional 100 Airbus planes (worth $9.4 billion) in line with its expansion goals in ASEAN. Cebu Pacific acquired a 40% stake in TigerAir Philippines, while Air Asia Philippines acquired a 49% stake in Zest Air (creating Air Asia Zest).

San Miguel Corporation acquired 65% of Esso Malaysia (from Exxon Mobil) for M$1.8 billion in 2011 (in this case, all Esso stations in Malaysia are now rebranded to Petron), and established a consortium with Citra group whose projects include construction of tollways and other road infrastructure projects in Philippines and Indonesia.

Further, Manila Water, which has a 49% stake in one of the main suppliers of water in the northern part of Ho Chi Minh City, has acquired 51% equity share of the water concessionaire in charge of the Western Zone of Jakarta. In addition, Meralco engaged in a joint venture with First Pacific Co acquiring 70% stake on an 800 MW Liquefied Natural Gas project on Jurong Island in Singapore from the GMR Group (a Singaporean firm).

Nevertheless, not all firms or sectors will end up winners in the integration project. Some will undoubtedly be affected by increased competition (even as consumers end up benefiting from lower prices and better products). Turning to the Philippines, the sugar industry is an example. It is expected to contract with the onset of increased competition from ASEAN.

Separate simulation studies by Caesar Corporaton (International Food Policy Research Institute) and Randy Tuaño (Ateneo de Manila) predict that the reduction of protection in this sector (e.g. tariff reduction and elimination of quotas) could produce welfare gains for Philippine consumers and industries that use sugar as an input.

Hence even as the sugar industry itself may suffer a contraction, the gains in other sectors, according to these studies, could more than make up for these expected losses. (Remember that with free trade, the cost of some imported goods like sugar is expected to go down, leading to cheaper inputs in producing other goods.) In fact, about 70,000 people on net could move out of poverty as a result of liberalizing this sector. Other sectors’ competitiveness will be unleashed; and consumers will be better off.

These studies bring us to the crux of the issue as regards international economic integration. Many countries have been able to use more economic openness as a means to boost their industrialization and job creation, thus reducing poverty much more aggressively. This is the story of China, the ASEAN tiger economies and virtually any other developing country that made significant inroads in development in the past several decades.

Government support in these countries appears to have been applied with some discipline. Industries and companies receiving support were guided by clear targets on penetrating international markets, acquiring new technologies and generating competitive products – all leading to more robust employment generation.

Economic openness more or less guarantees efficiency gains so that the entire country ends up growing more (a net gain); but more integrated markets do not guarantee that all sectors will end up winning. The most competitive sectors will likely corner the lion’s share of gains, though it might help if some of these sectors are labor-intensive so more could people participate in the gains.

This is, of course, the case for manufacturing; and this is why efforts are now underway in the Philippines to boost these sectors through the government’s “new industrial policy.”

Yet for those sectors that will contract, it is only fair to consider adjustment and compensation mechanisms so that the overall result of integration is acceptable to the entire population. And this is where the tricky part is – support must not prolong inefficiency. Here there is much to be learned from how effective social protection support for the poor is provided. The latter is disciplined and evidence-based – providing temporary support, conditioned on measurable outcomes and impact.

Accordingly, the support provided to firms and sectors should have clear objectives – either they take adequate steps to boost productivity and/or employ more people, or slowly ease out of that industry if they are unable to do so. If we can expect poor families under the Philippines’ Pamilyang Pantawid Program (4Ps) to abide by the discipline of child-outcomes-based government support, then we should also be able to extend and enforce similar outcomes-focused programs for the firms and sectors that the country supports for the sake of the general welfare. – Rappler.com

The authors belong to the Asian Institute of Management Policy Center.