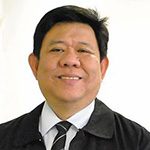 Despite the general impression that the upcoming 2016 presidential election is going to be another issueless campaign – anchored on money, popularity, and name recall – it can be argued that the forthcoming political exercise will be a referendum on the performance of President Noynoy Aquino. Moreover, it will also be the political moment of truth for Vice President Jojo Binay.

In announcing the formation of a new party by June 12, Binay and his populist allies have clearly drawn the line in the sand with 2016 in mind. On the other hand, the ruling Liberal Party (LP) is still holding on to the flickering hope of its prospective standard bearer Interior and Local Government Secretary Mar Roxas. Roxas’ political future is anchored largely on the endorsement of PNoy who is expected to stake his immense political capital to assure the continuity of his “matuwid na daan” reformist policy. Thus, if Roxas’ initial campaign falters, the President will have to look for another “reformist” champion.

Clearly, the 2016 election will continue to be a battleground for two enduring narratives in Philippine political history – reformism vs. populism.

In the Philippines, party ideologies are unquestionably weak. Instead, presidential candidates develop their own campaign narratives. These narratives, which then become the “governing scripts” for an elected president are either portrayed as compatible with the overall regime narrative, or are an effort to “pre-empt” it.

Narratives are stories that are told in a clear sequential manner in order to connect events in a meaningful way. Often used in literary and discourse analysis, narratives have recently been adapted in framing electoral campaigns like Barack Obama’s successful reelection bid. In an upcoming book entitled “From Aquino to Aquino: The Philippine Presidency Since Marcos” American political scientist Mark Thompson and this writer argue that given the lack of ideological articulation in Philippine politics, narratives have emerged as quasi-programmatic and emotive scripts that bind coalitions of interest within an institutional context.

By battling the “evils” of corruption, reformists often make claims of the “good” in their crusade for “good governance.” This story line is attractive to the middle class of society who often decries government inefficiency and wasted economic resources brought about by institutionalized corruption. By enduring personal sacrifices at the hands of “corrupt” officials, reformists are worthy of the public’s trust. Hence, the reformist narrative flows from the political promise “I will help you . . . because I am (morally) good.” “Honesty” and “sincerity” are often used as the code words for the reformist narrative.

On the other hand, populism (from the Latin word populis), according to political scientist Andrew Heywood, refers to “a movement, a regime, a leader, or even a state which claims close affinity with the people.” Populists usually make class appeals and claim to champion the poor minus the ideology. They decry the hypocrisy of the elites. Corruption is a non-issue for them since their archetypical image is Robin Hood who would steal from the rich to give to the poor. The populist narrative is “I will fight for you . . . because I am one of you.” Populists often  stoke the embers of class warfare with code words like “mahirap” (poor) and “masa” (masses).

The post-Marcos Philippine “reformist” regime is based on a discourse of democracy and “good governance” characteristic of Cory Aquino’s presidency and most of her successors. If a dominant regime “script” is seen to be challenged or worse abandoned by a president, the result can be a severe legitimacy crisis.

The “apostasy” of the Arroyo presidency can be understood in terms of such illegitimacy. Because Arroyo (who became president through the ouster of a “populist” incumbent) abandoned the reformist “narrative” (which catapulted her to power) in her fight for political survival against another “populist” challenge (in which she manipulated the results of the 2004 election), she suffered from a legitimacy crisis that nearly led to her being overthrown extra-constitutionally through civil protests and/or coup attempts.

Political time flows through a narrative structure. A presidency can either be a prequel or a sequel to a continuing regime narrative. Thus, the unfolding political drama leading to 2016 can be seen as a preview to a sequel of the Aquino presidency or a prequel to a Binay presidency. Unless the Filipino voters demand a plot twist. – Rappler.com

Julio C. Teehankee is currently Dean of the College of Liberal Arts at De La Salle University. He is a political scientist who has specialized in the theory and practice of party politics and elections. He is also the Executive Secretary of the Asian Political and International Studies Association (APISA).