UST and my long wait

Jan 3, 2012 3:37 PM PHT
Purple S. Romero
Facebook Twitter Copy URL
Copied
I started researching for the story in June 2011. Who knew then that Corona was going to be impeached? 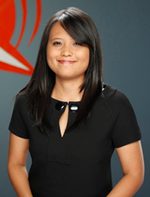 Big arguments have been raised over our story on how the University of Santo Tomas waived its rules on doctoral degrees for Supreme Court Chief Justice Renato Corona — some of them pedantic, others malevolent and cynical.

As the researcher for the story, however, what I did was just to get to the facts. And to wait. And boy what a wait.

To this day, I can say that UST has not replied to any of my queries, which were made in all forms: faxed letters, emails, phone calls, personal visits to the university compound on España, Manila.

Imagine how I felt then when UST suddenly sent a statement to the Inquirer on Jan 2, 2012, in response to a story that I researched on and which was published by Rappler on Dec 22, 2011, but which the Inquirer also ran on Jan 1, 2012?

My long search began in June 2011, when I started looking for a copy of Corona’s supposed dissertation titled, “To Every One His Due: The Philippine Judiciary at the Forefront of Promoting Environmental Justice.” It was part of my research for a second book on the judiciary that was going to be written by my editor at Newsbreak at the time, Marites Dañguilan-Vitug (we’re now both with Rappler). We wanted to know how, as Chief Justice, Corona tackled the issue of environmental justice.

Who knew then that Corona was going to be impeached? Certainly not me! The research was for a book; of course when he was impeached, the entire context changed. Suddenly, my seemingly fruitless search for his thesis now smelled like a news story.

I stuck to the basics by exhausting all options to make sure all parties were able to air their side. This is standard old practice that journalists have adhered to even during the dark days of martial law when they weren’t even sure if their stories would come out. This is made even more pressing now given the emergence of technology and the freedom that the media enjoy.

I first went to the UST Miguel Benavides Library in June 2011 but discovered his supposed dissertation wasn’t there. I took the next step and wrote the office of Dr Lilian Sison, Dean of the UST Graduate School, to allow me to get a copy of the Chief Justice’s dissertation. In July, Sison’s office furnished us a copy of Ad Veritatem, UST’s research journal, which published Corona’s public lecture on environmental justice.

I wrote Sison’s office again to clarify certain issues. Is the lecture considered the Chief Justice’s dissertation? What are UST’s guidelines on writing dissertations?

I called up Sison’s office on a regular basis but was told that she was too busy to see me. (Sison issued a statement on the controversy on Jan 2, 2012; it was published by The Varsitarian, the official student publication of UST).

After Sison’s rebuff, I requested an interview with another UST official, Dr Giovanna Fontanilla, UST’s director for student and public affairs. Her office responded to us in October, and she set a tentative interview schedule on Oct 6 or 7, 2011. The interview did not push through because both Fontanilla and Sison again said they were not available.

I wrote them again, asking for written responses instead. I also wrote the offices of SC Court Administrator Jose Midas Marquez and Corona himself. We received no reply.

In December, after Corona was impeached, we reiterated our request for an interview. Fontanilla’s office said that they had noted the request. But they did not reply to our queries.

I used all means available to get their side not because UST is one of the top universities in the country, or because the issue involved Corona, the leader of the highest court of the land. I’d do the same thing when the story is just about any other accountable official, or citizen.

I would ask them questions, I would request for an interview. And I’d wait for answers.

What all this boils down to is this: while journalism could evolve into forms that may be too unorthodox or complicated for some, the hard, tried-and-tested rules remain, the way they should: aim for accuracy and objectivity.

I am an online journalist, and I work using these basic tenets of my profession. Now, if you could please excuse me while I send, fax and email another interview request. – Rappler.com