A chockfull of horrors

Facebook Twitter Copy URL
Copied
Of course it’s hearsay. Of course there’s politics. There are no receipts for bribery and corruption. And 2016 is within spitting distance

If it’s true that bad news sells, then we’ve had a slew of monster hits lately, a grand slam of negative reports. Its been so bad that droplets of good news – such as our country climbing seven notches up in global competitiveness and billions in European-pledged investments – feel like El Niño showers compared to the deluge that threaten to drown the unsinkable Pinoy drollness.

How do we put a stop to the seemingly endless trail of appalling events?

Some 20 months to the next presidential election, politics is rearing its ugly head. Everything is attributed to politics. Worse, Filipinos have no choice but to fixate on these literal and figurative train wrecks.

The actual derailment of the MRT in EDSA, followed by more accidents and stoppages confirm our biggest fears: not only are the lives of passengers at risk; worse, it demonstrates the incompetence, greed, power play, and lack of service-orientation of the past and present MRT administrations. The impotent and inept DOTC seems hopeless in effecting any improvement.

Recommendations for new trains, renewal of maintenance contracts and other vital functions were ignored or deferred seemingly due to the power struggle among various personalities. While they clawed at each other, the passenger queues grew longer and longer in sweltering heat, if not torrential rains. These (mis)-management bunglers ought to be nailed to the badly-maintained railway tracks. Maybe their pile can stop a careening MRT train.

Impeachment attempts at the Lower House filed by the usual suspects were thrown out before they could waste more taxpayers’ money. But rest assured that for these overzealous party-listers, tomorrow is another day. Being in the spotlight is its own reward.

After buying as much time as he could afford, VP Binay finally spoke up in the much-awaited “presidential” press conference. As expected, he designated the issue of the alleged overpriced Makati parking building to the default excuse: Politics. Then he followed the media choreography with his SALN public declaration and the invitation for a lifestyle check of his entire family. 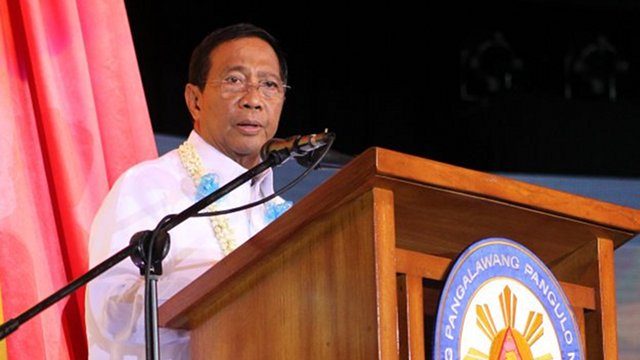 What is wrong with this seemingly slick crisis management strategy?

The responses neither explain nor address the accusations hurled against him. His lawyer had such an acute case of stage fright that she literally lost consciousness at a succeeding presscon. It’s difficult to convince others when you yourself need convincing.

It doesn’t help that we’ve heard similar Binay anecdotes before. There was a foreign developer who had plans to build 4 towers at a prime site in the heart of Makati. They were reportedly told that to get the building permit, they would have to cough up P50 million plus 4 condo units, one from each tower. They pulled out.

Of course it’s hearsay. Of course there’s politics. There are no receipts for bribery and corruption. And 2016 is within spitting distance.

But neither condition detracts from the fundamental question: Are the allegations of corruption true or false? Is this a case of where there’s smoke, there’s fire?

But perhaps the most horrendous news was the near-lynching of DBM Secretary Butch Abad by a University of the Philippines’ organization called Stand UP.  The bellicose behavior of the militant group was jaw-dropping.

Secretary Abad  graciously (and courageously) accepted the invitation of the UP Student Council to explain and dialogue about DAP. When he was about to leave, the Stand UP mob threw paper, coins and invectives at him. One of the herd even tried to yank Abad out of his vehicle by the collar.

The spokeswoman of the group was defiant and unremorseful. In a TV interview, she brazenly denied that someone from her group collared the Secretary. She obviously forgot that there were videos.

As a UP alumna who has joined many student protests, I am aghast at such vicious behavior. Even if they felt righteous indignation, they crossed the line and damaged their cause. 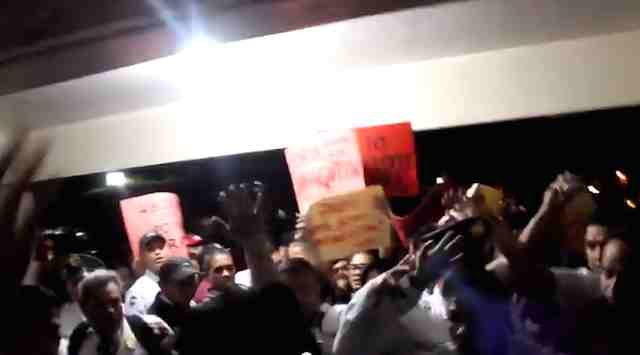 Delirious passion and frothing-in-the-mouth fury does not justify a physical attack, anymore than extreme hatred for America does not condone the beheading of journalists.

Just what is Stand UP so enraged about?

For one, their party was soundly rejected and thrashed at the campus election for Student Council. Since the forum was sponsored by their victorious opponent, did they deliberately want to wreak havoc? Was Abad just collateral damage?

They are also aligned with the leftist partylist Anakbayan. Bayan Muna is the parent organization. The family tree is confirmed and the DNA is unmistakable.

When the country was under an oppressive dictatorship, the militant organizations had an idealistic ideology and walked the talk. Some even paid with their lives. Many empathized with the cause. This contribution is enshrined in history. It cannot be diminished.

But since then, the leftist brand has been badly tarnished, mostly by their own hand. Fierce in-fighting among the reaffirmists who accept, and rejectionists who disagree, with the philosophy and leadership of self-exiled Jose Maria Sison has taken its toll. The rift has been long, bitter, and bloody.

With the discordant voice, the extreme antics and the often-misdirected wrath, the Left is losing the battle for hearts and minds.

In a nationwide survey taken during the first quarter of 2014 among 1,380 respondents, MF aged 15-50 years, the awareness for the Communist Party of the Philippines(CPP) and its political arm the National Democratic Front (NDF) was at 73%, mostly in balance Luzon among the older 40-49 years old segment.

The New People’s Army (NPA) had 98% awareness  across all segments. But the NPA garnered the highest score, 31%, as the top group perceived to have no good effect on the community.

Asked if any of these leftist groups can lead the country, the answer was an overwhelming strongly disagree:

Asked if political prisoners should be released as a condition of resuming the peace talks, 84% said no.

If the Left still want to be an influential force, they should calm down and find a legitimate and productive purpose in society. – Rappler.com