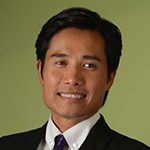 Facebook Twitter Copy URL
Copied
If history were to serve any purpose, it would be to show us that given a chance, refugees, be they from Eastern Europe in the 50s or Indochina from the 80s, will flourish and prosper

Just over 2 weeks ago, the 3-million-strong Vietnamese diaspora commemorated the 40th anniversary of the fall of Saigon, the end of the Vietnam War, and the beginning of their exodus. In the ensuing years, over a million of them fled by boat to neighboring countries: Thailand, Malaysia, and Indonesia. Much like what’s happening right now on the Andaman sea with the Rohingya from Burma.

They too fled persecution and ethnic conflict in search of political and economic freedom. Fortunately, for them, the West, at the time, came to the rescue by resettling most of them, my father included. Unfortunately, for the stateless Rohingya, no solution seems to be in sight, durable or otherwise. So, for the time being, they are left unwanted, adrift on the open sea.

The latest humanitarian crisis unfolding in Southeast Asia strikes me as both history repeating too soon. Despite a new world order of unprecedented prosperity and 4G connectedness, despite an ASEAN motto of “One Vision, One Identity, One Community,” when it comes to alleviating human suffering and saving lives, we are anything but.

Malaysia and Indonesia have so far responded by pushing back “unauthorized” arrivals laden with hundreds of desperate Rohingyas on board, much like what they did to the Vietnamese four decades earlier. Singapore has declared that it does not welcome any refugees from any country. Thai officials, on the other hand, are only more than happy to see them off, by providing some with food and water before assisting departures farther out to sea. To where, no one seems to care.

In the meantime, the Office of the United Nations High Commissioner for Refugees (UNHCR) tasked to take care of refugees and stateless persons worldwide could only urge regional governments to act urgently to help those stranded at sea.

For many including Malaysia’s former Foreign Minister Syed Hamid Albar, the problem must be dealt at its source. But Burma, for its part, doesn’t even recognize the Rohingya as its citizens, instead designating them as “stateless Bengali Muslims.” In fact, the latest official line from the ruling elite is that the mere mention of the word “Rohingya” in any future meetings on the matter will see them withdrawing from participation.

Silence not the answer

The issue is, therefore, understandably complex and multifaceted, so much so that even the renowned Nobel laureate Aung Sann Suu Kyi from Burma, a human rights defender herself has not dared to step in, lest it stoke further tension and bloodshed.

Indeed, given the violent riots between the Rohingya Muslims and ethnic Rakhine Buddhists in Burma’s western state Rakhine in 2012, the situation there remains grim and volatile. But silence, I suspect, is not the answer. It certainly didn’t stop the latest tragedy from happening, now right on ASEAN doorstep.

Obviously, Aung Sann Suu Kyi’s lone voice won’t be enough. But given her stature, merely calling out would be a good start. By raising her voice to draw the world’s attention to the plight of the Rohingya, women and children who are literally dying from hunger and thirst, regional leaders and their Western counterparts will feel compelled to convene and come up with immediate solutions. Much like what they did in 1979 at the Geneva Conference which dealt with the then Indochinese refugee crisis.

At the time, the problem was enormous. There were over 200,000 Indochinese refugees languishing in camps in neighboring countries such as Thailand and the Philippines. And thousands more were arriving by boat and over land everyday. Yet, a durable solution was found within a week and for the next 10 years, close to 2 million Vietnamese, Cambodian, and Laotian refugees were processed and given asylum in the West.

It was a commendable act, led by the US but shared collectively by all, including countries that have little to do with Southeast Asia such as Brazil and as far as Israel. There is no reason why we cannot do the same for the Rohingya, who are often described as one of the most persecuted minorities in the world.

If history were to serve any purpose, it would be to show us that given a chance, refugees, be they from Eastern Europe in the 50s or Indochina from the 80s, will flourish and prosper. And not only will they contribute much to the society in which they are given refuge, soon enough, they will return the same kind gesture to those seeking shelter like they once did.

In the aftermath of Super Typhoon Haiyan which left a trail of catastrophic destruction across the Philippine archipelago 18 months ago, the overseas Vietnamese community alone raised over $2 million to assist relief and reconstruction efforts.

To this day, a plaque located at a school rebuilt and financed by former Vietnamese boat people still reads: “May we shelter you as you have sheltered us in our times of need.”

If only the Rohingya were given the same chance. – Rappler.com

Hoi Trinh is an Australian human rights lawyer of Vietnamese origin. He is currently working for VOICE, a non-profit organization that helps develop civil society in Vietnam. You may reach him at hoitrinh@gmail.com.

This article, which first appeared on Interaksyon.com, is republished on Rappler with the author’s permission.