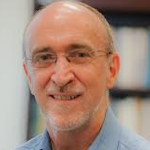 It’s time to set the record straight on the Pantawid Pamilyang Pilipino conditional cash transfer program – one of the biggest of its kind in the world, and an increasingly effective weapon in the fight against poverty in the Philippines.

Recent media reports have created false impressions of Pantawid “leakages,” despite evidence that it is achieving its goals – improving health, education and job opportunities for poor households. The Philippines has pioneered the development of conditional cash transfers (CCT) in Asia, largely through Pantawid, and should be proud of its achievements.

Unfortunately, old data – dating back six years – has been used to incorrectly calculate that 19 billion pesos of current program funds did not go to intended beneficiaries. ADB has responded to these assertions so I won’t go over that ground again. Suffice to say that this figure overlooks work and improvements in beneficiary targeting of Pantawid, which is acknowledged as among the best in the world.

So, what is the real story behind Pantawid?

Launched in 2008 at 380,000 poor households, Pantawid had reached more than 4.4 million poor households by the end of 2014, making it the world’s third largest CCT program in terms of people reached, after Brazil (8.8 million) and Mexico (6.5 million).

Much more than a cash handout, this program seeks to break the intergenerational cycle of poverty by encouraging parents to invest in the improvement of their children’s health, nutrition, and education. The program provides regular cash grants to poor households, which are identified by the National Household Targeting System for Poverty Reduction or Listahanan.

In return, the households must meet obligations on regular school attendance and health clinic check-ups, as well as participation in family development sessions in which households learn a range of important skills such as how to manage their finances. By early 2015, DSWD reported compliance of beneficiaries with conditions to be high: 93% for health, 98% for education, 96% for family development services.

After obligations are verified, households receive their grants every two months through Land Bank of the Philippines (LBP) cash cards or through other conduits authorized by LBP.

Does Pantawid deliver the intended results? The evidence says “yes.” The Listahanan targeting system has steadily improved. The latest rigorous impact evaluation in 2014 shows Pantawid is on track to make children of poor families healthier and keep them in school for longer.

Cash grants have helped to bring about near-universal enrolment of elementary age children (6–11 years old). Pantawid mothers are more likely to seek pre-and-post-natal care and deliver babies in health facilities. Child labor among participating households has decreased by an average of 7 days per month.

In 2014, Pantawid benefits were extended to high schools students aged 15-18. This is an important measure, as the Philippines has a major gap in high school completion rates between children of the poorest income quintile and the richest. By 17 years of age, 9 out of 10 of the richest children have completed high school, compared with just 3 in 10 of the poorest. Early results show the enrolment rate for children aged 12–15 was 6 percentage points higher among Pantawid households than non-Pantawid ones.

These evaluations are independently scrutinized. The evidence also shows that the grants do not encourage dependency; there is no evidence of a work disincentive among adults in Pantawid families. Self-rated poverty is lower by 7 percentage points. Also, Pantawid parents express more optimism about their children’s future.

Pantawid is helping to close the gaps in access to social services, helping young people maximize their potential, which in turn will help the country prosper. And, Listahanan is being used by 14 other national programs and more than 1,000 local government units throughout the country.

No one is saying there aren’t challenges in Pantawid’s implementation. A margin of error in targeting the poorest households is inevitable in any large CCT program. There are cases where households that should have been included are excluded from the program, and there are also cases where households that should have been excluded are included. This is a survey and targeting system issue rather than one of funds misappropriation.

DSWD, ADB and other partners are working continuously to improve its targeting and delivery systems, and accountability. Better means testing has reduced targeting errors together with public validation by communities themselves that the poor household lists are accurate. Importantly the grievance redress system enables feedback on the program, and better tracking of complaints and their resolution, including issues of beneficiary identification.

Multiple and widespread payment and verification systems are in place, with local government units encouraged to support payment of beneficiaries in remote areas. Biometric systems using fingerprints for identification are being piloted for payments, and fiduciary management strengthened as the program expands. The targeting efficiency of the Philippines CCT makes it one of the top-ranked among comparable programs in other countries.

We look forward to the day when there will be no need for programs like Pantawid in the Philippines. Until then, the fight against poverty will continue – with the strong support of ADB. – Rappler.com