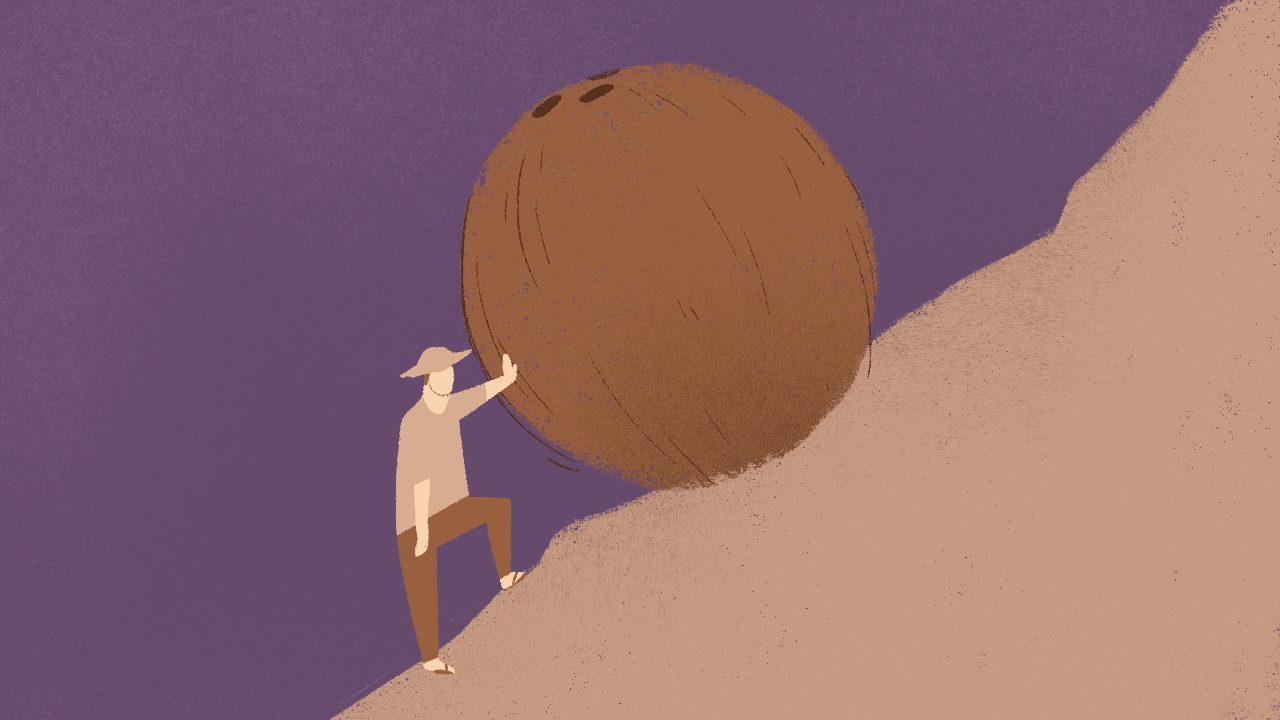 Facebook Twitter Copy URL
Copied
'For coconut farmers, the concern is that until now they have hardly benefitted from the levy fund, which was litigated over 3 decades to determine its true ownership'

Coconut farmers are among the poorest Filipinos. A major reason is the meager assistance they get from government. Their situation is both ironic and unacceptable, especially since the coconut industry’s main product – coconut oil – has been among our top agricultural exports for decades.

The coconut levy was established during the martial law period under President Marcos. It was imposed upon the sale of copra by coconut farmers. Its objective was the uplift of coconut farmers and of the coconut industry.

Among the main investments made from the coco levy fund were the purchase of the United Coconut Planters Bank (UCPB), the Coconut Industry Investment Fund-Oil Mills Group (CIIF-OMG), and a majority stake in San Miguel Corporation. The assets under the fund, if all were liquidated today, would yield proceeds totaling at least P100 billion.

For coconut farmers, the concern is that until now they have hardly benefitted from the levy fund, which was litigated over 3 decades to determine its true ownership. In 2012, the Supreme Court decided with finality that the bulk of the fund is owned by the government, but held in trust for the exclusive benefit of small coconut farmers and the coconut industry.

Unfortunately, the farmers’ ordeal continues. For them to avail of the fund, a law must first be enacted by Congress.

The proposed legislation governing the use of the consolidated coconut levy trust fund must resolve the following issues:

The original proposal was to establish a fund management committee, whose membership would include small coconut farmers and other industry stakeholders. Unfortunately, the latest version of the bill excludes farmers’ representation.

Logically, the Secretary of Agriculture should head the committee, since he oversees the coconut industry through the Philippine Coconut Authority.  Equally important is hiring financial experts who have the interests and welfare of coconut farmers uppermost in their minds.

There is merit in selling or liquidating existing coco levy assets, including corporations, which do not serve coconut farmers, and devoting the proceeds to programs for the farmers. The fate of two major coco levy-funded companies, however, requires a more thorough evaluation. These are the CIIF-OMG and the UCPB.

We are not privy to the details of the possible sale of the CIIF Oil Mills, which would generate substantial funds for coconut farmers’ development. But given the Oil Mills’ manufacturing and marketing expertise in coconut oil and related products, the Trust Fund Committee should at least consider retaining and redirecting the mills – working closely with organizations/cooperatives of coconut farmers – toward a “whole coconut” value-adding approach in favor of “sunrise” products like virgin coconut oil, coco coir, coconut water, coconut sugar, and others.

On the reported plan to merge UCPB with the Land Bank of Philippines (LBP), the most likely reason is to achieve a better economy of scale and enhanced competitiveness in selling products and services. Moreover, a merger usually creates a bigger and stronger entity. But this outcome may not materialize if one partner is not in the best financial health. Instead of the bigger company improving the status of the smaller one, the result may be the opposite. For LBP, merging with UCPB will entail carrying a heavy burden. (UCPB has inadequate capitalization, owing to a past ownership squabble.) It may also require fresh capital infusion from the national government, at a time when the latter is having serious difficulties raising funds because of the COVID-19 pandemic.

The government – and the coconut farmers – may be better off unloading UCPB and significantly augmenting the levy trust fund. Since its acquisition with coco levy money in 1975, UCPB has never functioned as the bank of coconut farmers. One will not see a small farmer borrowing from UCPB. In fairness, UCPB is not entirely at fault. As a commercial bank, it is not structured to lend miniscule loan amounts to small farmers. It is simply not feasible or advisable to do so. UCPB must follow strict Bangko Sentral ng Pilipinas (BSP) regulations; otherwise, it will incur BSP sanctions. These stringent rules and standards, while ensuring the financial well-being of banks, hinder their ability to address the current needs and capacities of small coconut farmers.

How can small coconut farmers access the coco levy fund for their credit-related needs?

First, we must recognize that the coconut farmers and their family members will need both providential and livelihood funds. A system or institution must be established that is capable of responding to both needs.  (Funding can be sourced from the sale of UCPB.) Providential needs would include health, educational, and medicinal requirements of coconut farmers and their family members.

Livelihood financing would cover intercropping, processing, livestock raising, and other products or projects. Funds for livelihood should be extended to both individual coconut farmers and their organizations/cooperatives. These associations, owned and controlled by small coconut farmers, must be capacitated to compete with private businesses operating in their locality. With the strengthening and upscaling of their operations, supported by the financial institution created for them, and on the marketing side by the Oil Mills Group, coconut farmers’ organizations will be more competitive and able to service their members.

To reiterate, at this time, a financial institution that is developmental in character and flexible in operation can best cater to the credit and non-credit needs of coconut farmers and their associations and help them maximize the use of the hard-earned and long-awaited coco levy fund. – Rappler.com

Leonardo Montemayor is the Board Chairman of the Federation of Free Farmers. He served as Secretary of Agriculture in 2001-2002.

Edgardo Amistad is a former President of the UCPB-CIIF Finance and Development Corporation.