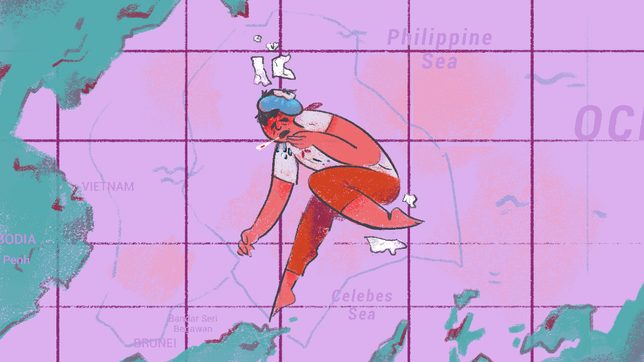 Facebook Twitter Copy URL
Copied
'Governance makes all the difference, and Duterte’s shambolic pandemic and economic responses are both rightly to blame for the Philippine economy’s tanking'

It turns out that last year the Philippine economy shrank by 9.5%. That’s record-breaking for a couple of reasons.

First, as Figure 1 shows, it’s the worst annual performance of our economy since records started after World War II. The 9.5% contraction beats the previous worst slump during the dying years of martial law, when the economy plunged by 7% for 2 consecutive years, 1984 and 1985.

Second, as Figure 2 shows, we now have ASEAN’s worst economy. Our output shrank by 8.3% in the 4th quarter of 2020 even as our neighbors are recovering far faster. Heck, Vietnam dodged a recession (sustained downturn) altogether, and even managed to grow by a respectable 4.5% last quarter.

Pitted against other emerging Asian economies, we risk being tagged as the “sick man of Asia” all over again.

You might argue that such a shameful moniker is wholly undeserved. After all, the twin health and economic crises are to a large extent unavoidable. My earlier pieces reflected this thinking: I talked about why the recession can be largely blamed on the pandemic, perhaps even “necessary.”

But as evidenced by Vietnam’s success story — along with many other countries — total economic collapse is by no means inevitable.

Governance makes all the difference, and Duterte’s shambolic pandemic and economic responses are both rightly to blame for the Philippine economy’s tanking.

Take for instance the Duterte government’s mad rush to reopen our economy.

Figure 3 shows that the more deaths there are in a country per 100,000 people, the lower its projected economic growth. By now the lesson should be as clear as day: manage the pandemic first, worry about the economy later. You can’t fix the economy without fixing the health response first.

Of course we’re all familiar with the Duterte government’s frustrating inaction and blatant denialism in the early days of the pandemic. (READ: Had Duterte acted earlier, PH economy would be safe to open by now)

Amazingly, though, almost a full year after the pandemic began, Duterte and his economic managers still don’t get it.

Right now they’re singularly obsessed with reopening our economy even though the government’s pandemic response remains patchy, confusing, ineffective. This strategy is futile at best; it could backfire at worst.

For instance, the economic managers recently insisted that to rev up our economy we need to avoid prolonged quarantines.

But with new COVID-19 variants cropping up, the decision to impose prolonged quarantines is entirely out of the economic managers’ hands. If health experts say we need more lockdowns, so be it — economy be damned. People’s lives matter more, as they ought to.

In the same vein, the economic managers also recently proposed to allow children 10 and up to go out of their homes. NEDA Acting Secretary Karl Chua argued that quarantine restrictions preventing children and their families from going to malls and spending are dragging down the economy’s recovery.

Even if it were true that spending on children’s needs makes up a huge bulk of consumer spending, sacrificing children’s safety for the sake of the economy seems unfair and heartless. The responsibility of saving our economy should not have to fall on the shoulders of our children — especially if it means risking their lives.

Finally, the economic managers have been bemoaning restrictions on public transportation which, they say, are needlessly stifling economic activity.

But the recent spike in COVID-19 cases among MRT personnel underscores the need to revisit and beef up health and safety protocols on trains, buses, jeepneys, and other forms of public transport. Absent those measures, opening up public transportation will continue to be overly risky.

People’s health should always be top of mind. Sadly, well into the pandemic, that’s still not always the case. The economic managers still speak of the economy as though it’s a super-entity distinct and separate from the people comprising it.

Let’s not forget that the economy, at the end of the day, is all about people.

Turning down aid for the poor

Another way the Duterte government is holding back our recovery is by refusing to hand out huge sums of economic aid to our people.

Cash transfers can work wonders to shore up the economy. That much has been found by several studies abroad, like in the US where the federal government sent out checks to millions of Americans, especially poor ones. To further bolster their economy, President Joe Biden is pushing for another round of checks worth $1,400 per poor American.

By stark contrast, the Duterte government has been spectacularly stingy.

The emergency subsidies of Bayanihan 1 were arguably a step in the right direction, notwithstanding the inefficient distribution and politicking that marred it.

Continuing such cash transfers in 2021 makes sense to tide over millions of Filipinos still reeling from the incomes and jobs they’ve lost. It also makes political sense, by the way, what with the 2022 presidential elections coming up.

Unfortunately, no such transfers are forthcoming. When asked about the need for more “ayuda,” Acting Secretary Chua rather blithely said there’s “no point” giving more of it if “there is no [consumer] confidence to spend” and if “families cannot even go out and spend.”

But people are going out of their houses anyway, out of necessity. Giving money to them will precisely help to boost their confidence to spend. And the economic managers themselves are pushing to reopen our economy, so the inability to go out and spend should pose no huge problem at all.

Even as they turn down aid for the poor, the economic managers are planning to pour billions of pesos into programs for businesses and corporations. Chief among these would be the Create bill, which features sizable tax cuts for corporations. (READ: Why Duterte’s corporate tax cuts won’t save PH economy)

To the extent that government is willing to spend any aid money at all to stimulate the economy, it’s rich Filipinos who stand to benefit from that — not so much the poor. (READ: Why the PH economy’s recovery will be K-shaped)

A common theme seems to be emerging here.

Both in the way they’re pushing to reopen our economy and the way they’re withholding aid, the policies Duterte’s economic managers are lacking one major element: compassion.

Is it because lockdowns are really the main constraint to growth? Not so. Studies abroad are finding that looser quarantine restrictions won’t result in a tsunami of consumer spending for as long as people are afraid for their lives.

Is it because of want of money? On the contrary, government is awash with cash (think of the new loans, for example). There’s enough to provide for successive rounds of cash transfers for the poor.

Is it because of the demands of macroeconomic management? Nope. Economists all over the world are advocating for huge spending plans, as well as all manner of relief programs, to save people’s lives and livelihoods — budget deficits be damned.

Instead, the lack of compassion among Duterte’s men seems to be coming from a position of privilege, from a glaring disconnect with the sorry plight of most Filipinos today, and from a refusal to acknowledge or even notice that plight.

This lack of compassion, in the end, could be doing us and our economy in. – Rappler.com