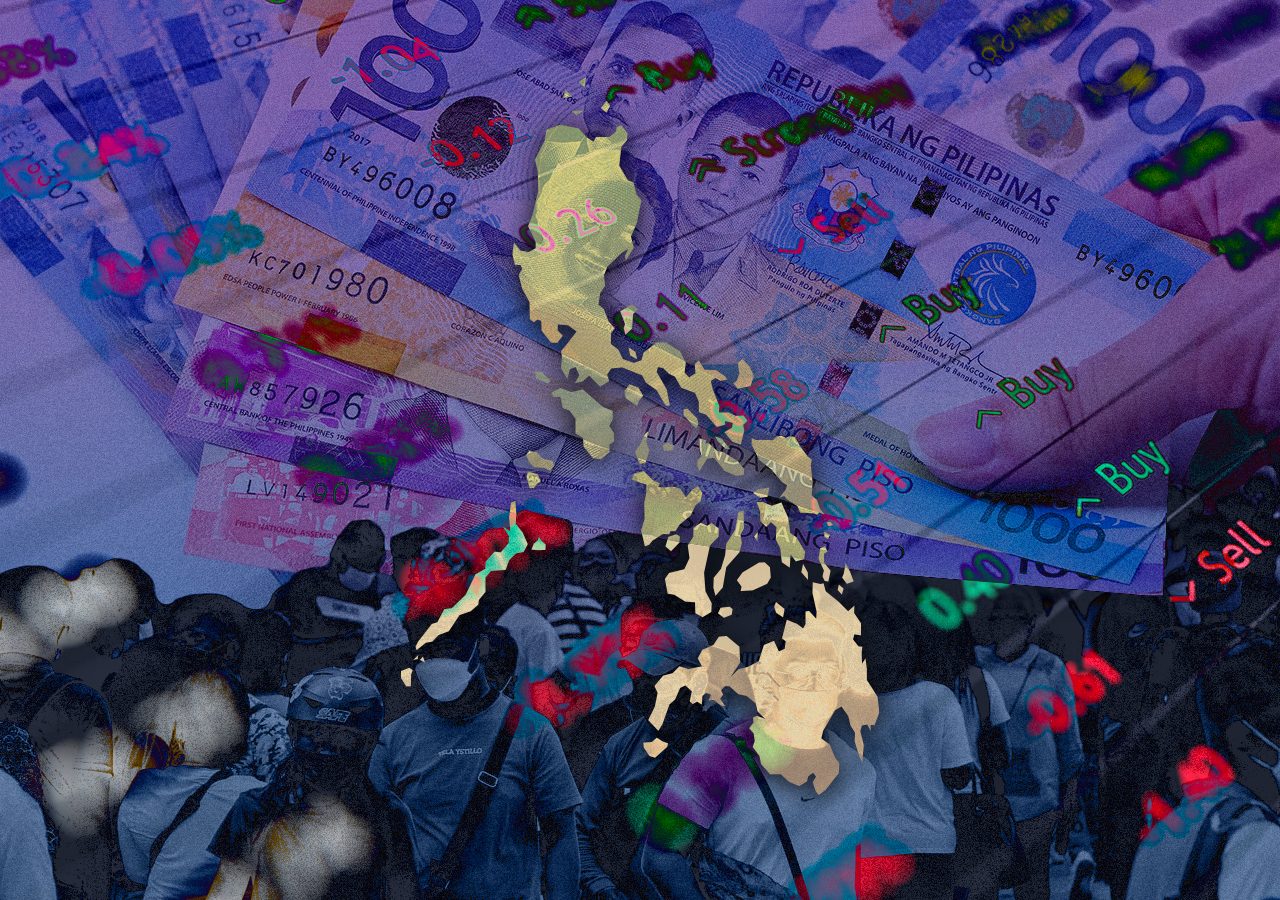 Editor’s Note: This piece was written by retired Supreme Court senior associate justice Antonio T. Carpio before the House of Representatives decided to exclude SSS and GSIS from the Maharlika fund.

Sovereign Wealth Funds (SWFs) are constituted from surplus funds arising from government budgetary surplus when government revenues exceed government expenditures. The surplus funds usually come from earnings in the export of natural resources (oil, gas, minerals) that belong to the state, or in the export of products which are subject to taxes or foreign exchange fees accruing to the government. Money from the SWF is invested in stocks, bonds or securities that provide recurring income.

The key term is “surplus funds.” Surplus funds are funds in excess of what are currently required to provide for the needs of the national government under its annual budget. All revenues of the government, except those raised through special purpose taxes, form part of the General Fund which can be disbursed only pursuant to an appropriation law enacted by Congress. Surplus funds for the year can be estimated only after the enactment of the annual general appropriations act and can be determined with certainty only after the end of the fiscal year.

The purpose of SWFs is to provide for the health, education, shelter, and food security of future generations of the exporting country’s citizens. Needless to say, the surplus funds must be public funds. The seed capital, and the income, of the SWFs will all be for public use.

First, the funds from these four sources are not surplus funds. GSIS and SSS funds are not even public funds. Landbank and DBP are already required by law to pay as annual dividends to the national government at least 50% of their annual net profits. These dividends form part of the General Fund of the government and cannot be deemed surplus funds until at least the enactment of the annual appropriations act.

The national government has been running yearly fiscal deficits for several decades now. The government has been borrowing every year to finance part of its annual budget. The Philippines’ debt-to-GDP ratio is 64%, which is above the 60% threshold considered safe in terms of capacity to pay.

Second, the funds of the GSIS and SSS are private funds owned by their respective members. SSS investible funds, which are contributions from the salaries of its members, are not public, but private funds. There are several rulings of the Supreme Court affirming that SSS funds are private funds, and these rulings should apply also to GSIS funds.

Under Section 9, Article III of the 1987 Constitution, private property cannot be taken by the government for public use without payment of just compensation. GSIS and SSS investible funds and the income from these investible funds are private property and can be used only for the benefit of their respective members. These funds cannot be given to the national government to fund the national budget. That would be unconstitutional.

Section 5 of the proposed bill states: “The legal ownership of the MIF [Maharlika Investment Fund] shall pertain to the Fund investors in proportion to their shareholdings.” Section 29 of the proposed bill further states: “The Board of Directors shall have the discretion on how much shall be distributed as profits for each of the GFls [government financial institutions] and how much thereof shall be carried to its surplus.”

Thus, if the GSIS or the SSS is entitled to P100 million from the annual net profits of the MIC based on their proportionate shareholdings, the Board of Directors can reduce their share in the net profits for distribution to P50 million and give the rest to the national government to fund the national budget. However, that would be taking private property for public use without payment of just compensation – an unconstitutional act.

Section 43 of the Corporation Code provides: “The Board of Directors of a stock corporation may declare dividends out of the unrestricted retained earnings which shall be payable in cash, in property or in stock to all stockholders on the basis of outstanding stock held by them.” Under the Corporation Code, dividends are always distributed based on proportionate shareholdings. Section 29 of the proposed bill does not follow the Corporation Code.

Sec 2, Article  IX of the 1987 Constitution provides: “The civil service embraces all branches, subdivisions, instrumentalities, and agencies of the Government, including government-owned or controlled corporations with original charters.”

Section 3 of the proposed bill states: “Maharlika Investments Corporation (MIC) refers to the government-owned and controlled corporation (GOCC) created under this Act which shall be responsible for the overall governance and management of the MIF.” Clearly, as expressly acknowledged in the proposed bill itself, the MIC is a government-owned and controlled corporation with an original charter. Thus, the MIC is part of the civil service and cannot be exempt from civil service laws, rules and regulations.

Section 7 of the proposed bill states: “The MIC shall govern and manage the Fund in accordance with the objectives and purposes set forth in this Act, and it shall adhere to internationally accepted standards, such as the ‘Santiago’ Principles.” The Santiago Principles refer to the 24 Generally Accepted Principles and Practices (GAPP) voluntarily endorsed by the International Forum of  Sovereign Wealth Funds (IFSWF) members.

Section 24 of the proposed bill states that “the GFls which form part of the MIF shall have the option to be exempted from the coverage and all of the provisions of Republic Act No. 10149 or the GOCC Governance Act of 2011.” In short, the proposed bill requires the MIC to follow the Santiago Principles but gives the GFIs forming the MIC the option to exempt themselves from the GOCC Governance Act of 2011.

Incidentally, under the proposed bill, it is not the MIC that has the option to exempt itself from the GOCC Governance Act of 2011 but rather the option to exempt is granted to the GFIs investing in the MIC. GSIS, SSS, Landbank, and DBP are the entities given the option to exempt themselves from the GOCC Governance Act of 2011 which, among others, limits the compensation of officers of GFIs. This option is apparently a reward to the GFIs for investing in the MIC. However, granting the GFIs the power to decide whether a law shall apply to them or not is unconstitutional because it is an undue delegation of legislative power. Only Congress can legislate whether a law shall apply to GFIs or not.

Strangely, under Section 24 of the proposed bill, the MIC itself is not exempt from the GOCC Governance Act of 2011 despite the provision in Section 24 “that there is a need for flexibility to operate, function, employ and retain employees to ensure the successful implementation of the goals of the MIF,” which is the premise in Section 24 for exempting the GFIs from the GOCC Governance Act of 2011.

In short, the premise mentions the need for flexibility to retain the employees of the MIF, which means it should be the MIC itself that logically should be exempt from the GOCC Governance Act of 2011 and not the GFIs investing in the MIC.

There is more, and even worse. While requiring the MIC to adhere to the Santiago Principles in investing the funds of the MWF, Section 26 of the proposed bill exempts the MIC’s investment transactions from the Government Procurement Reform Act, which means all of the MIC’s  purchases and sales of investible assets – like stocks, bonds and securities – can be negotiated privately and need not be sold through any stock exchanges. To repeat, non-compliance with the Santiago Principles is not subject to administrative, civil, or criminal penalties, while non-compliance with the Government Procurement Reform Act is subject to administrative, civil, and criminal penalties. This is a huge leap backwards to the dark ages.

The Audited 2021 Condensed Statement of Financial Position of the SSS shows that its “Total Reserves/Equity” is NEGATIVE (P6,095,489,996,675) [equivalent to US$10.69 billion]. Yes, NEGATIVE SIX TRILLION PLUS PESOS. I thought this was a typographical error but upon repeated verification, this is correct. Anyone can Google and verify this. This figure is after Adjustments in compliance with the Philippine Financial Reporting Standards adopted by the Securities & Exchange Commission.

The Audited 2021 Statement of Financial Position of the GSIS shows that its “Total Equity/(Deficit)” is NEGATIVE (P560,612,751,193). Yes, again, NEGATIVE 560 BILLION PLUS PESOS. Anyone can Google and verify this also. This figure is likewise after Adjustments in compliance with the Philippine Financial Reporting Standards adopted by the Securities & Exchange Commission.

If a company listed in the Philippine Stock Exchange (PSE) has a negative equity of P6 trillion or even P560 billion, for sure no one will buy the stock of such a company. Such a company will even be delisted by the PSE.

With their precarious financial positions, SSS and GSIS should not be wantonly raided by Congress for scarce investible funds just to give to the MIC. Congress should instead provide annually additional equity to SSS and GSIS to wipe out their deficits. The bulk of the retirement benefits of government and private sector workers are, after all, sourced from the SSS and GSIS. Congress has a solemn duty to insure the viability of the SSS and GSIS for the sake of the welfare of tens of millions of Filipino men and women in their retirement age. – Rappler.com