[ANALYSIS] The rising defiance of China and Russia against the US The Eurasian heartland and Indo-Pacific maritime corridors have already become tension zones, as a result of the rising contention between the world’s great powers. This rivalry across the Eastern Hemisphere is aimed at dominating the capitalist world system into the latter half of the 21st century. In waging this competition, the blocs are compelled to build, expand, and maintain alliances with other states in order to counter each other, largely through spheres of influence and domination.

Accordingly, the predominant alliance within the Eastern Hemisphere is between China and Russia. And equally, their central target of defiance is the United States of America — the world’s chief militarist aggressor and destabilizer.

This shows the sharply deteriorating condition of the world system itself. Due to class-based divisions and conflicts, the balance of the international order reflects a contest between rival blocs for dominance over key geographical regions and vital natural resources. Such is the case when it comes to the involvement of powerful states, which almost always advance their own strategic interests regardless of consequences.

Correspondingly, the two prevailing global powers — American imperialism and Chinese social imperialism — are not just escalating pressures upon each other. Their conflict is creating both external tensions and internal strains upon many regional states, which are now being forced to take sides.

China and Russia have grasped a common world outlook, defined by a set of shared circumstances. These mutual conditions propelled them towards the establishment of a semi-pragmatic, yet politically driven, united front. 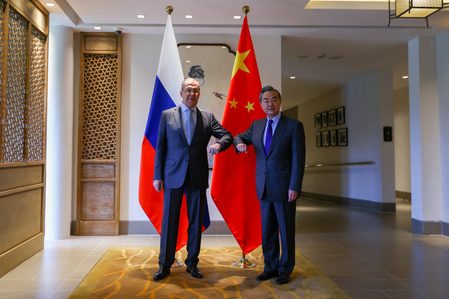 First of all, with China as the world’s most populous country and Russia as the largest country on earth, they are great neighboring powers in the Eastern Hemisphere. Secondly, they detest how the US-dominated international system attempts to enforce Western political norms and values. And thirdly, Beijing and Moscow feel perpetually threatened by Washington’s wars of aggression, invasions, drone assassinations, and economic sanctions targeting various state and non-state actors in the Eastern Hemisphere. Hence, China and Russia are historically constrained to join forces now to resist America’s campaigns against them.

The China-Russia alignment also features Iran and North Korea as close, anti-US allies. This international bloc, which remains under the sway of social imperialism due to China’s formidable economic might, projects a unification of powers in the Eastern Hemisphere. Aside from Russia’s nuclear-armed superpower status, Iran is a major asymmetric power in West Asia, while North Korea endures as a nuclear-armed state in East Asia.

It is this front guarding the East’s colossal frontier zone which incites America’s belligerence. In fact, the latter’s strategic goal is aimed at stopping the Sino-Russian alliance from gaining the influence to fully dominate the zone’s land and maritime spaces, and from becoming the premier global force before the mid-century.

In Washington’s view, such a threat must never be allowed to overcome America. Always, America’s foreign policy reactions to threats has been to re-echo arrogant declarations — while gearing up for prospective military strikes. By asserting before the international community its foreign policy, Washington hopes to attract more allies to directly confront Beijing and Moscow.

And so, China and Russia signed their “Comprehensive Strategic Partnership of Coordination for a New Era” in June 2019. Through this accord, and other related ones, Beijing and Moscow will now upgrade and enhance their unity in opposition to the US. The Sino-Russian posture of defense is to shield their spheres of influence from America’s hostile probes, specifically its attempts to fortify its Hemispheric Arc of Denial. 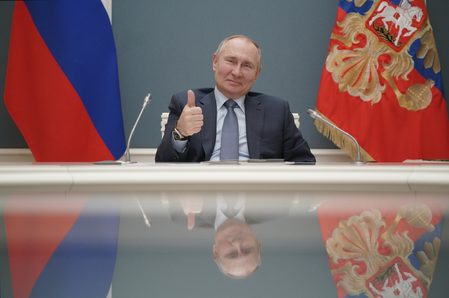 Both allies perceive Washington’s foreign policy and national security thrusts to be focused on an anti-China/Russia framework. And indeed, America does reflect such an orientation. The US remains fully anchored on the Pentagon’s “4+1 Threat Matrix” to help advance Washington’s imperialist goals.

First developed in 2016, the 4+1 Threat Matrix pertains to “China, Russia, Iran, North Korea, plus international terrorism.” Yet, what is conspicuous about this matrix is that all four states are found in the Eastern Hemisphere. Furthermore, all of America’s terrorist enemies within this same matrix (i.e. Al-Qaeda, Al-Shabaab, Boko Haram, Hamas, Hezbollah, Islamic State, and even the Abu Sayyaf) operate within the boundaries of the Eastern Hemisphere.

Lastly, and not surprisingly, the Biden White House recently issued an “Interim National Security Strategic Guidance” document which outlines the matrix once more. Without a doubt, the March 2021 INSSG paper spells out “how America will engage with the world” by laying out US imperialism’s “national security priorities” to defeat its long-term state and non-state competition, so as to sustain America’s preeminence beyond the 2050s. Therefore, the Sino-Russian bloc’s agenda should be expected to persevere indefinitely. – Rappler.com