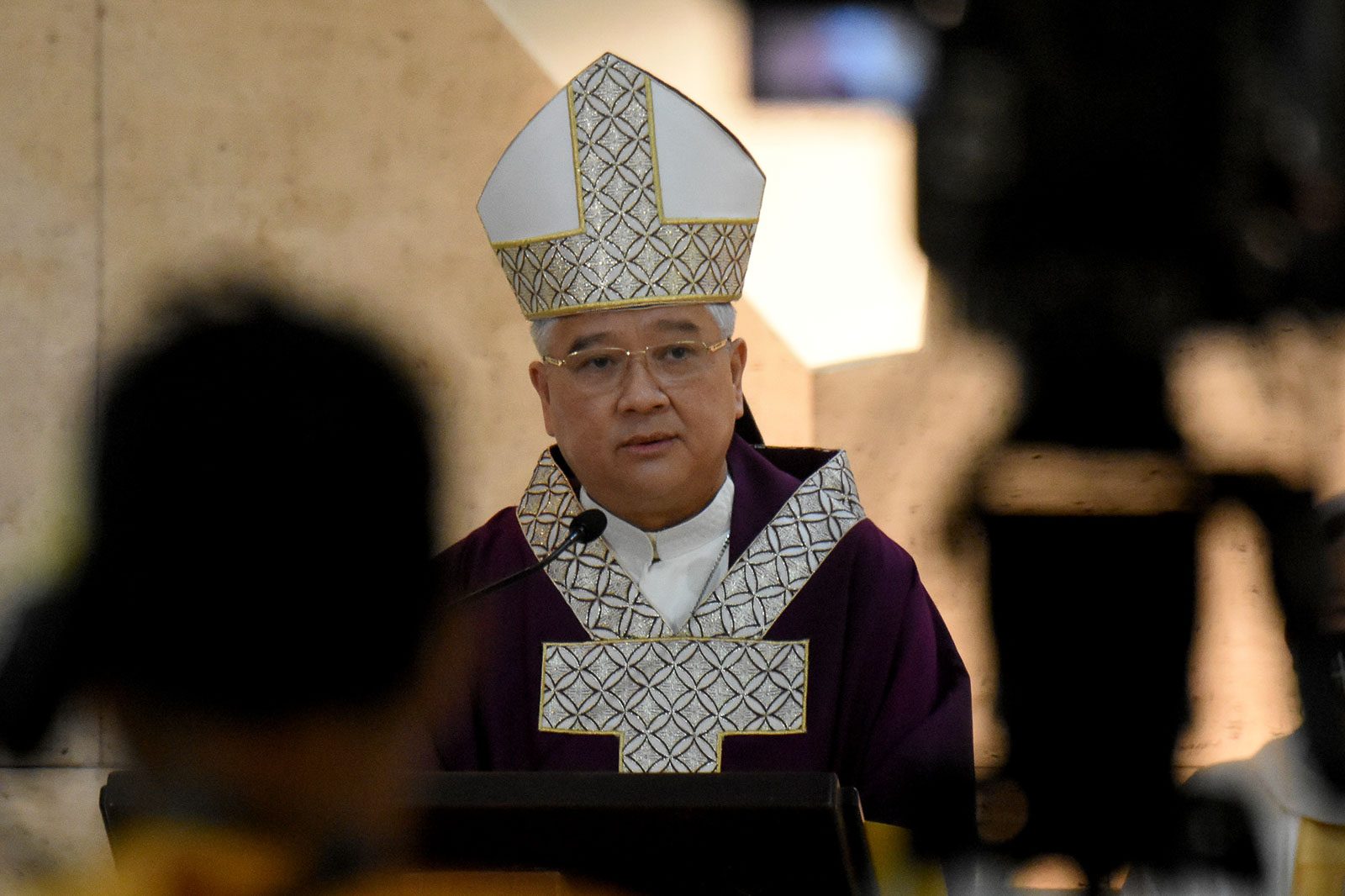 SERVICE. The funeral mass for former president Benigno Aquino III celebrated by Lingayen-Dagupan Archbishop Socrates Villegas at the Church of the Gesu in Ateneo de Manila University on Saturday, June 26, 2021.

Facebook Twitter Copy URL
Copied
'The best eulogy tribute we can pay our dear President Noy is to bring back, recover, preserve, safeguard, and never to compromise again our dignity as a people and the decency of our leaders as servants, not bosses'

Editor’s note: Archbishop Socrates Villegas of the Archdiocese of Lingayen-Dagupan delivered this homily during the funeral Mass for former president Benigno Aquino III on Saturday, June 26. This is the prepared text of his homily.

My dear brothers and sisters in Christ:

President Noy crossed over to the next life as the sun was rising three days ago. The lights at Times Street have been extinguished; but there is no darkness. An endless bright day has dawned upon our dear President Noy. The sun will not set on him anymore. Darkness can touch him no longer. The battle is over, the victory is won!

His silence after his presidential term was a silence of dignity. As he brought dignity and honesty to his service to the nation as our president, he preserved that dignity after his retirement. It was the silence of noble statesmen now rare and forgotten. It was the silence of Daang Matuwid. It was a silence of nobility, that sense of dignity that we truly miss now. He endured and carried the cross of his health problems with courageous dignity, with uncomplaining fortitude, hidden from the limelight, known only to God. It was like the quiet nobility of the Lord before Pilate. Kaya tayo nagulat! Death for him came like a thief in the night as the Gospels say.

But then, it was not also surprising. PNoy died as he lived. He served without fanfare. He abhorred power trappings and power tripping. He slipped away quietly as much as possible, disturbing no one. Walang wang-wang. Very PNoy and not surprising!

Gayunman, kung nagulat tayo sa kanyang biglang pagpanaw, magmasid tayo sa buong bansa, hindi ba dapat din tayong magulat sa mga nagaganap sa ating paligid? Eulogies have been written and spoken and shared, but the best eulogy tribute we can pay our dear President Noy is to bring back, recover, preserve, safeguard, and never to compromise again our dignity as a people and the decency of our leaders as servants, not bosses. The flags at half-mast are not only for a dead president but for the dying decent governance. Tayo ang boss niya! He lived by it. We are grateful for it.

‘The best eulogy for PNoy is to bring back decency’ – Villegas The greatest among you will be your servant, says the Lord.

From our human reckoning, 61 is an age too young to die. But his relatively short life is a fitting reminder for us that what matters indeed is not how long we live, but how; after all Christ died at 33. When you are given a chance to serve, serve; a chance to lead, lead; a chance to soar high with the people, soar high. He responded to the call and gave us his best.

Your light must shine before others that they may see your good deeds and glorify your heavenly Father. He did not quote that bible text; he lived it.

He made himself an easy target of discontent, trolls, and bashers, but focused vision was the rule of his leadership game and what a brave, headstrong visionary he was!

As we express our shock and regrets, there is also a tinge of envy in my soul. Nakakainggit. President Noynoy has joined the pantheon of the great and has entered into eternity. He is where sickness can no longer threaten; where fake news has no more place and trolls are dead; where God’s commandments are no longer transgressed and God’s name is no longer blasphemed; where vulgarity and brutality is vanquished by compassion; where God and His love alone reigns supreme. That is where we believe he has crossed over, into the new heavens and the new earth.

We who are left behind sighing, mourning, and weeping in this valley of tears must still toil under the heat of the sun. We still have to endure mediocrity and violence and vulgarity and treachery. Buti pa si PNoy, malaya na talaga! Sa kanyang pagtawid sa kabila, naroong yayakap sa kanya ang kanyang dalawang bayaning magulang. Proud parents of a noble son! Nakakainggit. There is a new great Filipino in heaven joining his great Filipino parents. 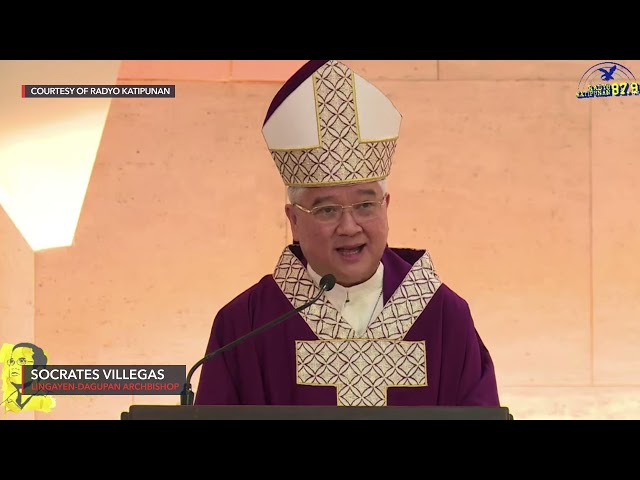 Like Timothy, he can say: I have fought a good fight, I have finished the race, I have kept the faith.

May you find the rest that earth failed to give you! Alleluia! Amen. – Rappler.com