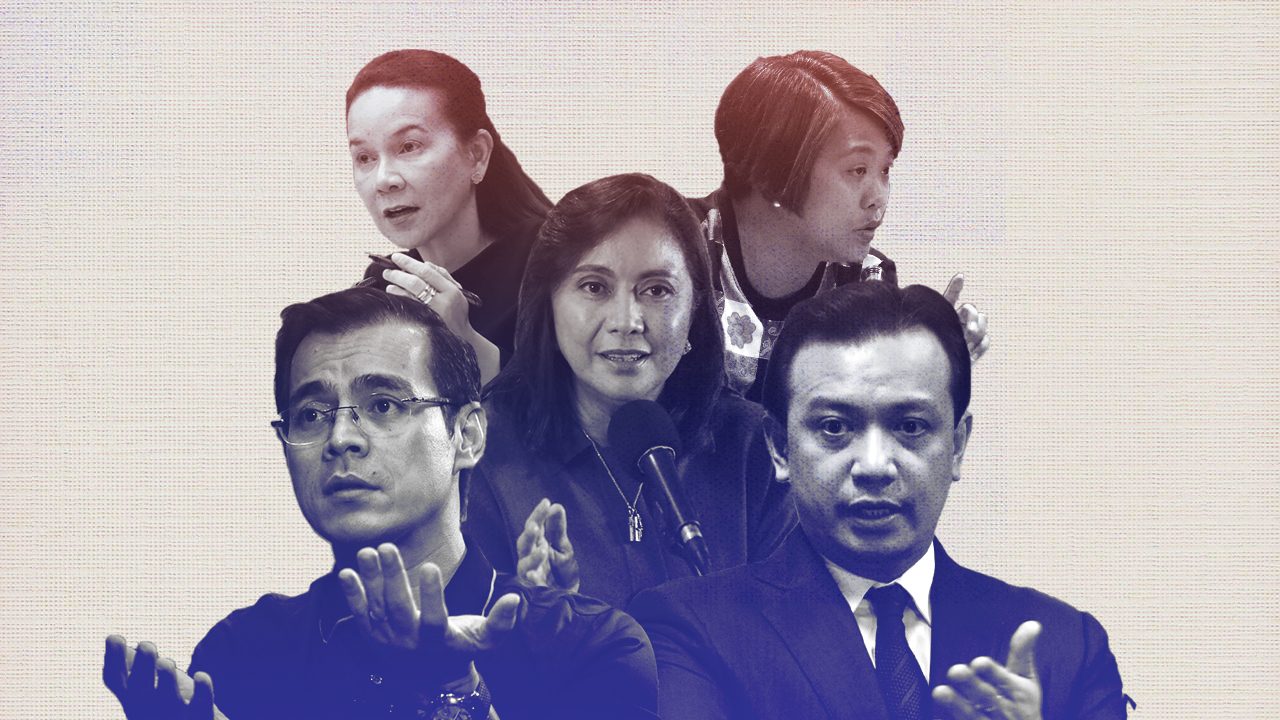 Facebook Twitter Copy URL
Copied
The challenge for 1Sambayan is to form a slate composed of credible and inspiring candidates, a platform that captures the people’s imagination, and a united grassroots movement that will do everything it takes to make them win

The media launch this week of 1Sambayan caused quite a splash not only in the public sphere but among the various political forces that it seeks to consolidate for the 2022 elections.

Social media was abuzz with various reactions, from the Duterte diehards who mocked it as another failed attempt by the yellows to make themselves relevant, to the yellow purists who scoffed at the likes of Grace Poe and Isko Moreno, who both made it to the groups list of potential presidentiables.

What is now touted as the widest coalition of democratic (read: anti-Duterte) forces faced many questions from its own constituencies: What is the process in selecting the candidates for for president, vice president, and 12 senators? What will be the platform of this unity slate? What kind of machinery will ensure a successful campaign and vote delivery on election day? Where will the funds come from?

Like in all long journeys, the first step is the hardest to make.

That such a broad range of opposition forces agreed not only to sit in one table but work together towards a common purpose is in itself a huge achievement. No, it was not former justices Antonio Carpio and Conchita Carpio Morales, and former ambassador Alberto del Rosario who brought the group together. Like everyone else, they too were like moths attracted to the bright idea that only through a unified opposition could the forces of tyranny be defeated in 2022.

This is not a new idea. It had been on everyone’s mind since the opposition’s debacle in the 2019 midterm elections, where not one senatorial candidate from Otso Diretso, the Makabayan bloc, or the labor front made it.

It was Atty Howard Calleja, probably sick and tired of hearing everyone say “unity” without anyone making the first move, who took it upon himself to roll the dice. It didn’t take much for the others to place their bets.

In any political coalition composed of forces that have long histories of being friends, enemies, and friends again, it is important for the leadership to have the trust and confidence of everyone. Thus the crucial choice of who the convenors are.

The convenors represent well defined constituencies but are expected to go beyond parochial concerns.

While they are surely men and women of integrity who can be trusted to lead the coalition through its many challenges, it is hoped that there can be additional convenors who are not straight men and older than 50.

The convenors represent well defined constituencies but are expected to go beyond parochial concerns and to always look at the big picture when making decisions for the coalition. They will have a lot of work to do.

Building a rainbow in the storm

While 1Sambayan’s convenors will surely be able to work with one another, it may not necessarily be true for their constituencies.

Already, supporters of Vice President Leni Robredo have aired their strong reservations about the possibility of the coalition choosing another candidate.

There are also those who have expressed misgivings about Bayan Muna being part of the coalition not only because it represents the Left but because it opposed the Aquino administration and initially supported Duterte in the first year of his regime.

Meanwhile, a number of ultra-leftists have called for the rejection of 1Sambayan altogether, dismissing it as just another attempt by the bourgeoisie to maintain their hold on power.

What everyone needs to realize is that entering into such a broad coalitions requires going beyond one’s comfort zones and respecting each others’ differences in order to work together. The convenors and the groups they represent must be able to formulate a platform that not only represents their common aspirations and unites them into common action but, more importantly, captures the imagination of the country’s voters.

In the choice of candidates, 1Sambayan cannot afford to be purists. The wisdom of tapping “independent” candidates who may not necessarily be as strident in opposing Duterte, or “trapo” candidates who have a big voters base, is that they can bring in that big chunk of voters who may not necessarily be anti-Duterte. Think of it as a buffet. The more variety of dishes, the more customers you get.

1Sambayan’s immediate aim is to defeat the administration slate and possibly Duterte himself, if he runs for vice president.

To do this, they have to choose candidates that not only oppose Duterte but also have the capacity to win. Elections, after all, are about getting the most votes. So yes, the surveys will have to matter. The voting constituencies. The campaign funds and machineries. All the glitz and glamor, dirt, and defects that are Philippine elections will come into play.

The administration candidates will have the advantage of government funding and machinery, a well-oiled and well-funded social media machinery, and Duterte’s seemingly teflon popularity.

On the other hand, the opposition will have a plethora of issues to throw at the outgoing administration. Surveys show that while Duterte is still popular, his programs and policies are not. The perception that #DutertePalpak is gaining traction. Plus, the opposition can bank on civil society groups with their wide grassroots network and sectoral constituencies.

The youth vote will be especially crucial. The opposition will have to exert double time on the youth and tap their idealism to serve as a counterpoint to the dynastic, corrupt, and cynical politics that Duterte embodies.

The challenge for 1Sambayan is to form a slate composed of credible and inspiring candidates, a platform that captures the people’s imagination, and a united grassroots movement that will do everything it takes to make them win. – Rappler.com