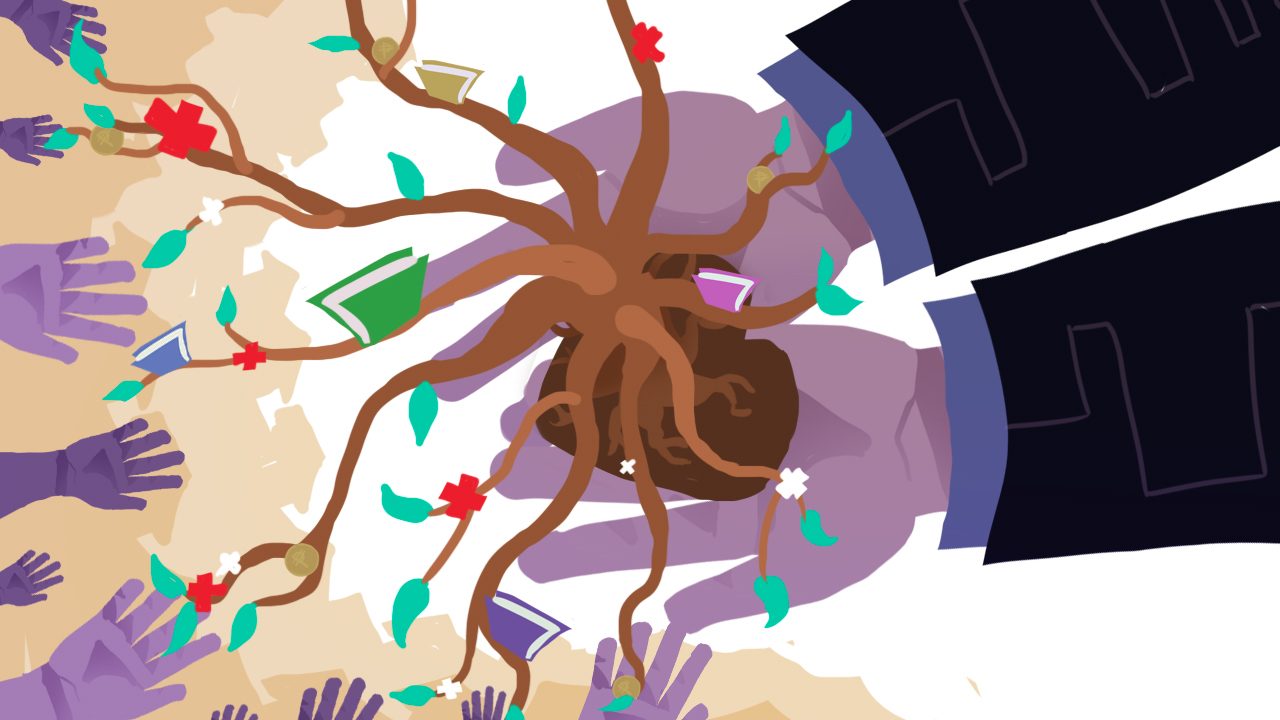 Facebook Twitter Copy URL
Copied
'Social development, especially in business, must not be a mere afterthought. Reaching out to the marginalized and vulnerable sectors should not be done at the last minute or as a publicity stunt.'

This is Part 1 of a two-part series. You can read Part 2 here.

With this two-part article on the Ayala Foundation, we start a series on how Philippine business, and in particular the philanthropic foundations established by companies, are helping society to adapt and address the impacts of the pandemic.

Oftentimes, society equates foundations with charity, with philanthropy, or worse, with mere dole-outs distributed by big companies to the “needy.” Veering away from the usual connotations of what a foundation is about, such as scholarships, gift-giving projects, and medical missions, Ayala Foundation, led by the Ayalas, has made a name of its own and become an institution of social development.

Ayala Foundation is the corporate social responsibility (CSR) arm of the Ayala Corporation, which will celebrate its 60th year this 2021. In this article, we discuss our thoughts on the impact of the Ayala Foundation on communities nationwide through the advocacies and principles it has carried for decades.

Not a mere afterthought

The Ayala Foundation’s vision is “communities where people are productive, creative, self-reliant, and proud to be Filipino.”

Both clarity and wonder would occur to those who hear this very concise yet filled statement. It is of course unclear for those who are not imaginative enough to see a foundation working towards developing creativity and pride among the members of the community. Why would a foundation, especially one that should be merely concerned about CSR, take the time to, in a way, change attitude and values so fundamental to a community’s existence? It is because true change requires a holistic and transformative approach.

Fortunately, Ayala Foundation relies not on mere imagination, but puts work in making these seemingly daunting and “extra” tasks a reality. In addition to the commitment to effort, such vision shows that extensive thought, research, and experience has contributed in determining Ayala Foundation’s chosen role in Philippine society, in arriving at its main program themes of Education, Youth Leadership, Sustainable Livelihood, and Arts and Culture, and its Special Projects.

This is the first and primary lesson that Ayala Foundation teaches us: social development, especially in business, must not be a mere afterthought. Reaching out to the marginalized and vulnerable sectors should not be done at the last minute or as a publicity stunt.

The second lesson is staying true to the essence of a community. One aspect of Ayala Foundation’s mission is “understanding community realities and engaging people in the process.” At the onset, we can already see the distinction between Ayala Foundation’s focus on the communities themselves from those of other organizations’ focus on individuals. There really is nothing wrong with the latter approach, but they can learn a thing or two from Ayala’s strategy.

The perfect examples of how the communities’ potential is considered are the projects under the Sustainable Livelihood theme of the foundation. First, the Iraya-Mangyan Project helps the indigenous community in reviving their tradition of weaving nito baskets through education and skills training of the Iraya-Mangyan community of Puerto Galera, Talipanan, Oriental Mindoro. Second, the MDC Greens project in Southville 7, Calauan, Laguna, a relocation site for families displaced by Typhoon Ondoy and the Pasig River rehabilitation, harnesses the skills of the community to grow ornamental plants for enterprise. Third, Project Lio, a development program in El Nido, Palawan, engages the community in various industries such as vegetable farming, chocolate-cashew enterprise, weaving, and skills training in the tourism sector.

Also, in most of their partner communities, the foundation works to establish cooperatives that will be long-term platforms for management.

Identity as a Filipino

The third lesson is the importance of the dual task of preserving and developing a community’s identity. Ayala Foundation’s genuine interest in strengthening the Filipino in every community that they choose to engage is obvious. However, it does not blindly introduce a “Filipino” way of things or way of living, but instead draws upon the shared understanding of the members of their own identity in relation to their community’s history. It is crucial, and the foundation is conscious of it, to understand that the Filipino is diverse.

Nevertheless, despite the difficulty of this balancing act, Ayala Foundation opened the Ayala Museum in 1967 and the Filipinas Heritage Library in 1996, which have since then been forerunners of archival and historical research and public engagement concerning Filipino arts and culture. Its projects on youth leadership also highlight the emphasis on Filipino identity. The Ayala Young Leaders Congress or AYLC, with its more than 1,500 alumni from all over the country, was designed not only to develop leadership skills, but also to instill patriotism and a commitment of service to the nation, which will create a ripple effect as they go back to their communities. Moreover, the Bangsamoro Young Leaders Program-Leadership Communities (LeadCom) provided opportunities to Bangsamoro youth to ideate and implement projects that address their communities’ needs. LeadCom has also paved way for several youth cohorts in Iloilo, Bacolod, and Cagayan de Oro, among others.

Call of the times

Not being the last lesson, as there are countless others we can learn from Ayala Foundation, it is important to acknowledge that, despite being driven by a well thought of development agenda, there must always be a room for responding to the call of the times. Extend help where it is most urgently needed.

Ayala Foundation has had active roles in disaster relief and rehabilitation. From typhoons (from Ondoy in 2009 to Yolanda in 2013), earthquakes (Pampanga and Cotabato in 2019), to volcanic eruptions (Taal in 2020), the foundation took part in the multi-sectoral efforts of raising funds, delivering relief goods, and reconstructing shattered communities. Not only concerned with natural calamities, the foundation also extended aid in conflict-ridden areas such as Marawi City after its siege in 2017 by establishing the Siyapen Center (“siyapen” is the Maranao word for “care”) in 2018 as the first community-based drug rehabilitation center in ARMM. Said center eased the transition of the region into the pandemic by converting it into a patient care center for COVID-19 cases.

And recently, also in the emergence of the pandemic, aside from the relief operation led by the Philippine Disaster Resilience Foundation (PDRF) of which the Ayalas are leading members, the foundation again responded to the call of the times and overcame the greatest challenge of its existence, so far. This we will talk about further in the next part of this article.

Surely, celebrations for the decades’ worth of achievements and changed lives through the Ayala Foundation could have taken place if not for the pandemic. But we know for sure that it chooses to celebrate its milestone year, still, through persistently building communities, which the country needs now more than ever. – Rappler.com