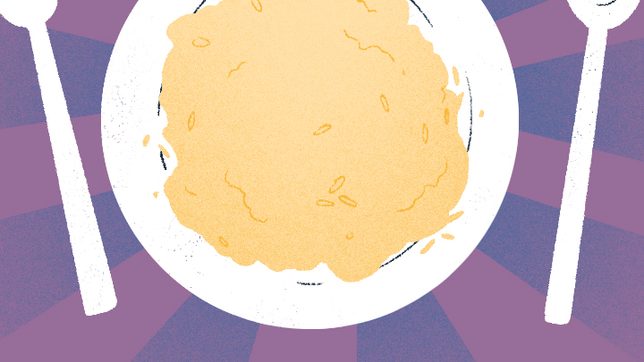 Facebook Twitter Copy URL
Copied
'The poor want to eat more fish and meat...which are rich in bioavailable vitamin A, iron, and zinc, but their pocketbooks will not allow it'

The recent approval in the Philippines of Golden Rice, a variety enriched with pro-vitamin A, adds another long-awaited tool for treating malnutrition and vitamin A deficiency (VAD).

Mothers in the Philippines already may be aware of the effects of vitamin A deficiency through a long-term government program that provides universal administration of high-dose vitamin A supplements to 1-5 year olds, one capsule every six months. The program, initiated in 1993, has been ongoing for so long, that some mothers would have received a vitamin A capsule as a preschooler, and now have brought their own children to receive vitamin A supplements.

The Philippines is not alone. Approximately 10 billion vitamin A capsules have been administered over the past 20 years, at an average cost of $1-2 per capsule. Carefully controlled scientific studies in the 1980’s showed that death rates among 1-5 years olds could be lowered by an astonishing average of 24% through administration of these vitamin A capsules. Millions of young lives have been saved.

Sufficient vitamin A intake is an important contributor to a strong immune system. Children with weak immune systems get sick more often. Bad episodes sometimes result in death. Vitamin A is also important for eye health. Up to 500,000 children in LMICs go blind each year due to vitamin A deficiency. 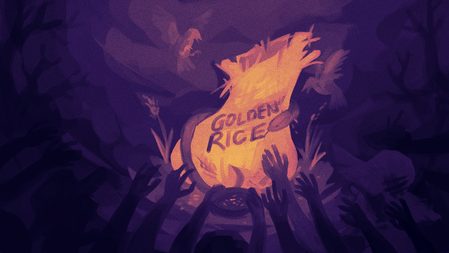 Why has VAD persisted for so long? The answer is that low incomes and high food prices result in poor quality diets, lacking several minerals and vitamins, including vitamin A. The three of the highest public health concerns are vitamin A, iron, and zinc. The poor want to eat more fish and meat, for example, which are rich in bioavailable vitamin A, iron, and zinc, but their pocketbooks will not allow it. Vegetables and fruits are relatively dense in these nutrients, but their prices have been skyrocketing in the Philippines over the past decade. It is only the price of rice that has remained relatively stable.

The good news is that that VAD has been declining over time in the Philippines as incomes and dietary quality have improved. The bad news is that poverty still is prevalent, and incomes have declined due to the COVID pandemic. Even before COVID, vitamin A deficiency, as measured through blood samples, was around 20% for children in low income groups, then steadily improving at higher income levels.

Filipinos eat large amounts of rice each day – more so those with low incomes. There is no vitamin A in milled rice. Consumers now can substitute Golden Rice one-for-one for present rice varieties in their diets.  Their vitamin A intakes increase markedly at no extra cost! Golden Rice will provide an average of 30% of vitamin A intake requirements. Golden Rice is high yielding and uses the same farmer inputs and practices as currently popular rice varieties. Seeds cost the same and may be replanted by farmers from the previous harvest. Golden Rice was developed through a scientific technique, popularly referred to as “GMO.”  Golden Rice has been thoroughly studied and poses no safety threat to humans or the environment. Currently, GMO crops are grown by more than 15 million farmers on 190 million hectares in 29 countries, including the Philippines.

Milled rice contains some amount of iron and zinc already. The scientific evidence is likewise strong that GMO techniques can add very significant additional amounts of iron and zinc to milled rice. In a few years, it can be expected that improved varieties of “Golden Rice” will provide additional vitamin A, iron, and zinc to Filipino diets – again at no extra cost to consumers. The yellow color with mark this highly nutritious rice in markets.

“Biofortification” is the term that has been coined to refer to the strategy of using plant breeding to develop crop varieties with higher densities of minerals and vitamins. Through the HarvestPlus program, 340 varieties of biofortified crops have been released in 40 countries and are in testing for release in another 20 countries, grown by an estimated 10 million farm households. Biofortification is a proven strategy. Use of GMO techniques makes biofortification an more powerful strategy.

Biofortification is but one among many interventions, all of which contribute to resiliency in reducing mineral and vitamin deficiencies.  Biofortification is unique in that once varieties become well-integrated into farming systems, recurrent costs are exceptionally low. The plants do the work. – Rappler.com

Howarth Bouis is the founding director of HarvestPlus. He was awarded the World Food Prize in 2016 for his work paving the way for biofortified crops, which are being tested or released in more than 40 countries.