[OPINION] #HindiItoAngHulingEDSA: Say what you wish about EDSA, it’s good 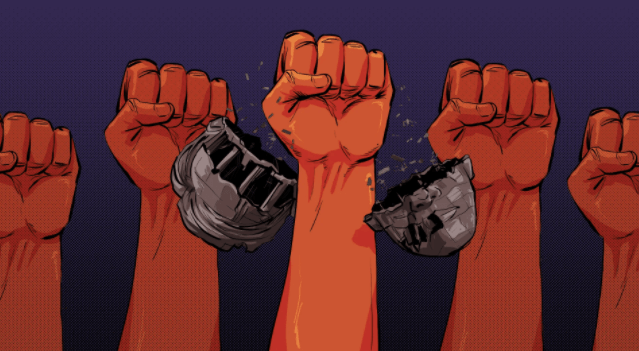 Facebook Twitter Copy URL
Copied
'Lest we forget, that's the whole rationale behind the democracy we won that day'

The sky was clear on the late afternoon of February 23, 1986. I packed my stuff to heed the call to go to a military camp. The night before, soldiers once loyal to the dictator bolted from the regime and holed themselves inside Camp Crame.

Midnight of the 23rd, Manila archbishop Jaime Cardinal Sin made a call for people to lend some protection to the soldiers by blocking the gates of the camp.

The walk from Ayala Avenue to EDSA fronting Camp Crame was long and tough, but nevertheless refreshing. People as far as the eye could see flocked to EDSA. At the camp’s gates, there was singing, dancing, short speeches from celebrities atop a parked bus. Vendors littered the sidewalk, giving out their wares for free.

EDSA buzzed with a party atmosphere even as men, women, and children took to the streets and denounced dictator Ferdinand E. Marcos’ Batas Militar (Martial Law).

Radios boomed with news of loyalist forces preparing for an attack. Inside, rebel soldiers and officers prepared for a showdown against Marcos’ loyal armed forces.

Be that as it may, there was little tension outside the gates as millions of Filipinos grabbed their one chance to speak truth to power after close to 20 years of being silenced.

Two days later, on February 25, 1986, news reached the crowd that Marcos had fled from the Palace. That night, people stormed Malacañang and declared their freedom from Marcos.

The People Power movement wasn’t an ideological uprising. Neither did it promise lasting change. It neither transpired with the goal of overhauling the largely oppressive system, nor usher in a future free from the grips of its dark history.

[OPINION] The most common misconceptions about EDSA People Power The spontaneous gathering of millions both in EDSA and the countryside (yes, EDSA happened in the provinces, too, in those three days) was a human response to an atrocity that had more than overstayed its welcome: the dictatorship of Ferdinand E. Marcos.

All people wanted at the time was to be rid of the dictator and his family. To tell him to his face — after close to two decades of being silenced — that enough is enough. To speak freely and not be afraid for our lives.

What the future may hold for us hardly crossed our minds. The one and only consideration was that we wanted the Martial Law atrocities to end.

The “miracle” of EDSA wasn’t that we ousted a dictator. The true wonder that was EDSA was that it brought Filipinos together, divided as we are by regions, religions, and political affiliations, flowers and prayers in hand, for the purpose of averting a clear and present danger.

I was a 23-year-old out-of-school undergrad when I stood beside a bus with millions of other Filipinos to protect rogue soldiers and officers holed up at Camp Crame. For the first time in our lives, we didn’t see the need to ask permission from the powerful.

I was so awed by the show of solidarity between varying social classes of Filipinos that I nearly failed to file a story as a young freelance writer.

Say what you will about EDSA, it’s okay. Rip it to shreds if you must, it’s fine. Criticize it, malign it to its bare bones, why not? It may not be the proper or accurate thing to do, but it’s good.

Lest we forget, that’s the whole rationale behind the democracy we won for you and I that day: so that we can speak freely without fearing for our lives. If you can’t wrap your head around that, then shame on you.

[OPINION] Our disenchantment with EDSA EDSA may not have changed our dire state of affairs for the better part of 36 years (see where we are now). Maybe it wasn’t meant to change the sociopolitical and economic conditions which keep us lost within our present maze.

What EDSA taught me, and this quite clearly, is that when push comes to shove, Filipinos will speak as a tortured man has the right to scream. Because in the end, no level of economic progress would matter if this will only be stolen from underneath our noses by lies and by the barrel of a gun.

Which is why it’s more than ironic that a Marcos is said to be leading the pack of candidates for the presidency in 2022. The same democracy they crushed in September 21, 1972, through the declaration of Martial Law, they are now using to resurrect the memory of the late dictator — with lies, historical distortions, and the loads of stolen money which they refuse to return to the people.

That same democracy, brittle though this may be in light of current attempts to crush it by the Marcos-Duterte alliance, proves once and for all that our chances of turning the tide around may be better than we think.

How? By remembering that whatever liars can do to exploit that freedom, truth-tellers can also do in praise of that freedom. Coupled by empathy, which is crucial in any democratic process, we can win back our people, or at least convince them to think for themselves, one DDS or Marcos loyalist at a time.

DDS and Marcos loyalists may be incapable of compassion, as we’ve seen in recent years, but the same are not invincible to empathy. Love is no respecter of political affiliations. That’s the ace up our sleeves.

To close, democracy is shaped by the conviction that our rights are built on our humanity. EDSA grabbed hold of that idea and ousted a dictator. It may have taken Filipinos longer than necessary, but no one can deny that it happened.

This is bigger than the Aquinos, even bigger than the Marcoses. People power was the spark that lit the way for us to speak truth to power. It was such a huge light that other nations under the grip of dictatorship followed our lead.

Martial law is not just about Aquino and Marcos That light remains today. It’s a continuing lesson in how to defy the odds.

Thus, the memory of it, its enduring celebration, its continuing recollection, will forever bring to fore a singular, incontestable fact: that at one point in our history, 36 years past, Filipinos stood as free men and women and won against a tyrant.

Whether you believe in the spirit of EDSA or not makes no difference. It’s the one of many good things that will define you and I for tens of decades to come.

It is thus incumbent for Filipinos to commemorate that day in February as this celebration will not be the last. – Rappler.com