[OPINION] Puzzling but not surprising: Speaking English with Filipinos in the Philippines 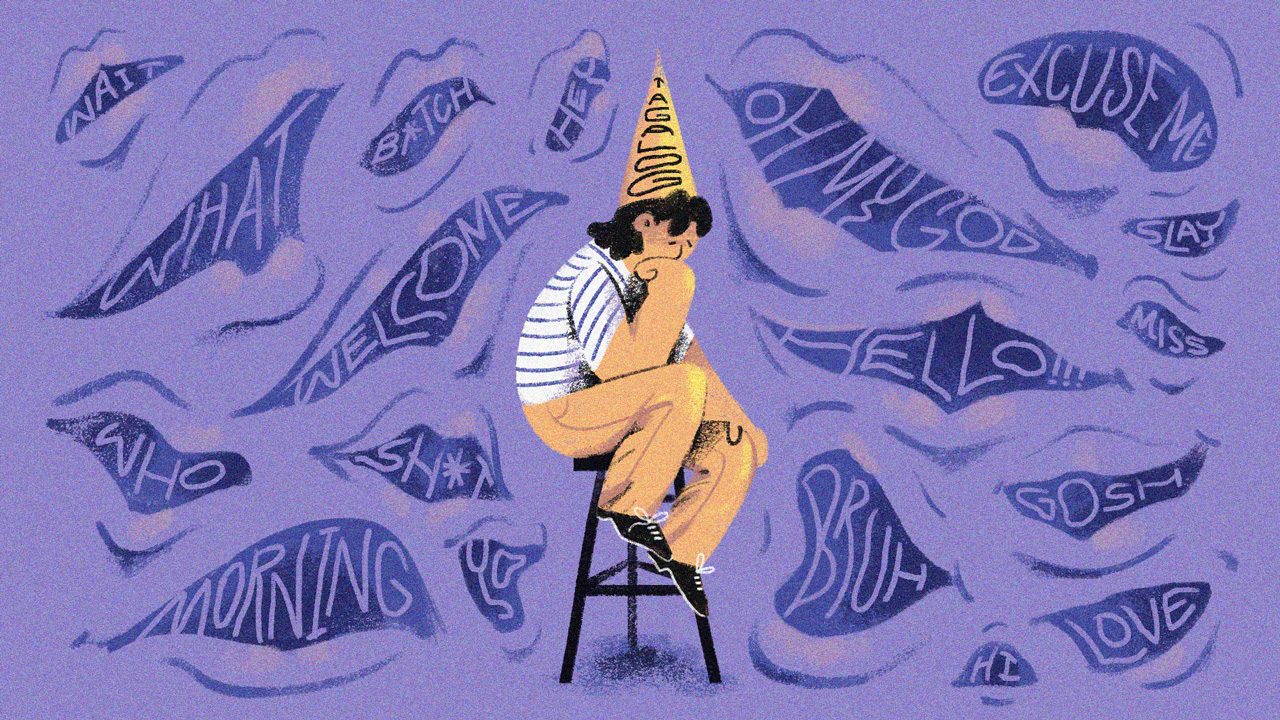 How to stop inequalities in the Philippines? Stop speaking in English.

(A quick note before I proceed: let me emphasize that I’m referring to spoken English, not written English. Filipinos know too well that the Filipino language is best communicated verbally. We all know too well, too, that learning English is essential if we wish to gain access to more resources since many works are now either written or translated into English.)

Go to any mall in the Philippines, and you’d soon start to question yourself if the Philippines, indeed, is a developing country. Everywhere you look, especially in the big cities, you’d see parents, kids, and young adults dressed in Western-style clothes speaking in English with a wide range of accents. And, yes, they tend to curse in English, too.

What’s even more surprising, puzzling, to me is that many don’t just speak English within their group but also with everyone else: store clerks, cashiers, janitors, security guards, nannies, you name it. I’m guessing they might have forgotten, or have chosen to forget, how to speak in Filipino? Are they too lazy to switch between English and Filipino? Do they simply assume that everyone else understands and can talk back to them in English? Or has speaking Filipino become a badge of shame these days? 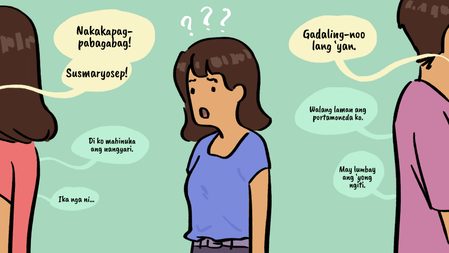 Once upon a time, in a vulnerable and sparsely populated region, it was crucial for early maritime Southeast Asians to lean on leaders they could trust. Thus, leadership, a post available to both men and women, had to be constantly proven and tested. People quickly shifted their allegiance the moment a leader reneged on their obligations to the group. Patron-client relations, ever-shifting and built through respect that was not given but earned, became the rule to survive in such a challenging environment where typhoons, earthquakes, volcanic eruptions, tsunamis, and mosquito-borne diseases were commonplace.

Patron-client relations and women leadership were the prominent social relations in place when the Spanish colonial powers arrived on our shores in the 16th century. Imagine the colonists’ horror, coming from their patriarchal world, to see women taking a central politico-religious role in our society.

But much to their delight, they found an opportune way to legitimize their superior positions: by banking on the pervasive patron-client relations in the region. As opposed, however, to the indigenous form of these relations where respect had to be constantly earned, Spanish authorities took to themselves to designate who they deemed must be the rightful local leader. It then meant choosing a person who became more than willing to serve the colonial authorities’ interests rather than the local community’s own. More importantly, it meant that respect would now become a right and not something that had to be earned with all of one’s might.

Serving to maintain the status quo

As you could already imagine, why would anyone want to get out of this privileged seat that was handed out, literally, with a cross and a few pieces of silver coins? As long as these leaders worked in whatever way they could to maintain the status quo for the Spanish authorities, they could ensure prosperity for themselves and their future generations.

And with the growing number of clients under any given patron hoping to secure their own protection and prosperity, it became incredibly easy to perpetuate the status quo. It became next-to-impossible to move anywhere outside of one’s social class, not because of one’s own laziness, as some colonial authorities were more than happy to contend, but because of the tight, pressurized system in place that became impenetrable even for the most arduous of workers. 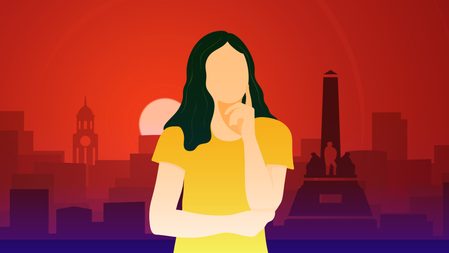 Hammering ‘us’ and ‘them’

If witnessing stark contrasts in socio-economic positions on any given ordinary day and situation is not yet already enough, imagine what it’s like for, say, a janitor who, we can suppose in a best-case scenario, finished high school.

I can be sure that he acknowledges English because English is taught at an early age in the Philippines. But I cannot be sure if he feels as comfortable and confident in understanding, listening to, and speaking it as the parents, kids, and young adults strolling and spending their money in malls.

He wears a uniform with a large text printed on the back: “Housekeeping.” His monthly earnings from an eight-hour shift may be what any of these mallgoers intend to spend in a single purchase. He keeps the toilets and floors clean, ensures that the mall is spick and span, and remains a pleasant environment for everyone to stroll and shop. His work is what makes the mall a go-to place for many, many people, and yet he remains a chronic disease, someone that many people won’t dare go near nor touch because he does the “dirty job.”

And if being treated as a chronic disease is not enough, people would constantly approach him (with enough distance, of course) and, in a matter-of-fact way, talk to him for commands and some requests here and there – in English, of course, and most likely with an American accent.

Treated a disease and made invisible every day, he comes face-to-face with a world completely apart from his own. And this unachievable world is made even more real when he’s made to stand still just a few inches away from shopping sprees, eating out, conversations over property, travels, and money, all made even more out of reach when discussed in a language and accent completely foreign from what he’s always known. These worlds are separated by just a few inches, hammered, and emphasized even more with the use of English. – Rappler.com

Raizel Albano is an applied anthropologist from the Philippines, currently working for Euromonitor International and leading a research project under the UNESCO Silk Roads program.