[OPINION] ‘The state of the nation is sound’: How our leader’s words can bleed into the Filipino psyche Facebook Twitter Copy URL
Copied
'By stating that the country’s condition is sound, I argue that many of those living in adverse conditions with a low quality of life may be gaslit into thinking that they are to blame for their own predicament'

President Marcos Jr.’s first State of the Nation Address (SONA) has come to a close, and his speech has given us, Filipino citizens, an idea of what his administration plans on focusing on as his term begins. On the surface, what the national government plans to prioritize makes a lot of sense: budget modernization, tax reformation, modernization of government systems through the utilization of internet, public-health related bills, agrarian prioritization, and utility management, among other things. There was an acknowledgment that the country has been affected on various levels due to forces outside of our control; thus, the prioritization of bills related to the issues above could be a way of stabilizing the effect of what the country has been through in the past couple of years.

Again, on the surface, these priorities seem to make sense. The manner in which he delivered his first SONA exuded confidence and optimism for what is to come. Yet, despite the acknowledgment of the difficulties that the country has had to go through and the seemingly bright future that may come as a product of this government’s future actions, President Marcos confidently told the country’s citizens that “the state of the nation is sound.”

However, there is a difference between what is normative versus what is sound. From a numbers perspective, it may be true that what the Philippines is experiencing in terms of GDP and inflation, among other things, is normal given the situation the world is in. However, saying that the state of the nation is sound implies that the majority its citizens are also living in sound conditions, which is far from the subjective reality that many Filipinos are facing on a day-to-day basis.

The status of the everyday Filipino citizen varies significantly from what many would consider to be sound. For example, there has been much clamor from Filipino commuters because waiting time for rides have become way too long. This bleeds over to their day-to-day life where they have to choose between getting up extremely early in the morning just to make time to wait for a ride or being late for work, which may have its own sanctions. You don’t even have to consciously read up on this phenomenon to know that it’s going on – check out social media or check out any major commuting spots in the metro and you’ll see lines on lines of people just waiting for a public utility vehicle to come on by. It doesn’t help that gas prices are much higher than it used to be, forcing many jeepney drivers to change careers simply because they can no longer afford the gas and upkeep of their vehicles. For both commuters and jeepney drivers, in this example alone, we see these people’s lives being adversely affected in the current state of our nation. Many of these Filipino commuters also happen to part of the working population of the Philippines. And yet again, the working conditions of many Filipinos are also far from sound. Contractualization remains to be rampant, which can allow for an oppressive dynamic between employers and employees. In addition to this, the minimum wage of workers is simply not enough to keep up with inflation.

When our country’s leader tells the Philippines’ constituents that the state of the nation is sound, when the reality for many Filipinos is far from this, this narrative of optimism can have negative impacts on many Filipinos’ mental health.

The fatherhood metaphor of Philippine presidents dominated public discourse during President Duterte’s administration. During his term, President Duterte was affectionately called “Tatay Digong,” while being positioned as a strong-willed, strict, but caring father to the Filipino people. In doing so, this fatherhood narrative also legitimized his strongman tactics, given that forms of toxic masculinity were normative in the culture of the Filipino family. However, when it comes to mental health, baseless optimism and tough love from a parental figure often comes across as invalidating.

For those who have experienced this, continuously being invalidated often results in feeling like one cannot say things that are contrary to what an authority figure is saying and/or making one feel like they are to blame for the situation they find themselves in. When isolation or withdrawal from others and self-blame are rampant in a person’s psyche, it is very possible that mental health issues, such as depression and anxiety, can be triggered. By stating that the country’s condition is sound, I argue that many of those living in adverse conditions with a low quality of life may be gaslit into thinking that they are to blame for their own predicament, and that it is thus their responsibility to get out of it. As it so often happens with parental expectations, we can internalize what others around us say and begin to believe these same words. When these words come from someone with authority, the likelihood of internalization can increase as well. 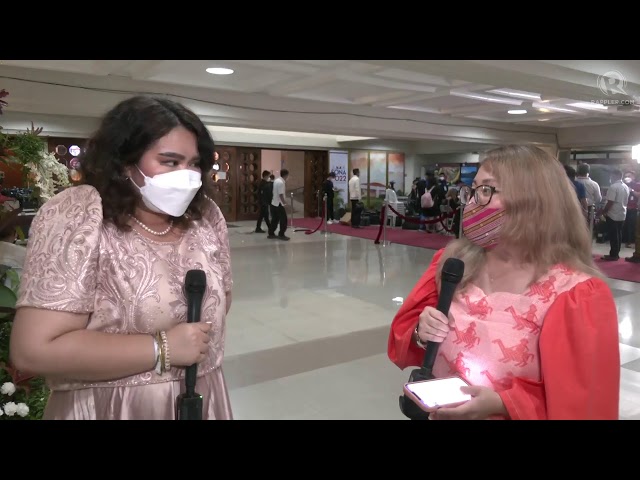 In addition to self-blame, we have also seen the continuation of red-tagging and unlawful imprisonment for many of those who have decided to speak out against what our President is saying. Similar to what happens when a person experiences gaslighting, speaking out against what you are being told also has serious negative consequences, such as being isolated or “othered.” In this administration, “othering” takes the form of systemic, state-sanctioned blacklisting and potential imprisonment.

It is important to realize that many of our fellow Filipinos who find themselves in poor living and working conditions are there, not by their own fault, but because there are systemic failings that need to be addressed. It is here that we see that politics is personal too. President Marcos’ proposed priorities, if executed properly, may benefit the country on a macro level, along with those in power, such as politicians, their cronies, and other big corporations, but does little for the everyday Filipino. For those in privileged positions, it may be easier to put a gap between one’s political life and personal life, but for many who exist outside of such positions, they do not have the luxury to do so. For the state of the nation to truly be sound, the nation has to be able to provide avenues for those in vulnerable positions to live, work, and exist in sound conditions as well. – Rappler.com

JR Ilagan is a licensed psychologist that does both psychotherapy and psychological assessment in GrayMatters Psychological & Consultancy, Inc. At the moment, he is finishing up his dissertation for his PhD in Ateneo de Manila, which focuses on disrupting the narrative consent of Duterte’s war on drugs through art. He is currently a part-time faculty in the same institution as well. Most of his recent research focuses on the public discourse of government, citizens, and collectives in line with societal, cultural, and mental health issues.