[OPINION] The monster will come for you: Why the Tarlac killings threaten us all 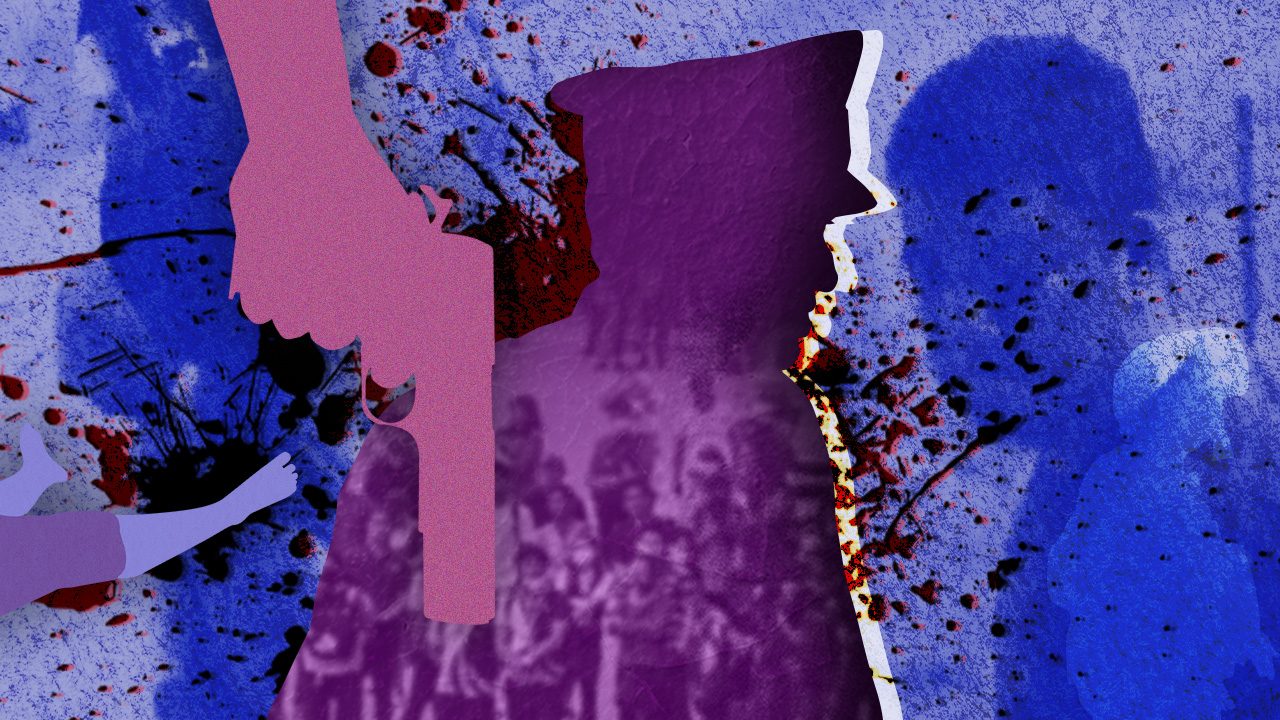 Facebook Twitter Copy URL
Copied
The monster is no longer afraid to show its face. We all know what led us to this situation. We just didn’t care.

Four days before Christmas, people woke up to the chilling video of a policeman killing a mother and her son in front of their neighbors in Paniqui, Tarlac. After thousands of deaths over the past four-and-a-half years, I wondered what made this one trigger national indignation. The video gave a clear answer.

Broad daylight. Several people watching. A crying mother hugging her son. At this point, the policeman clinically pulls out his gun. Shoots her point blank. Then shoots her son. He shoots them again, then walks away. All this as his young daughter watched.

The public wasn’t prepared to deal with a video that displays in full view the monster that the past 4 years had created – an emboldened and unaccountable police force. That policeman knew he was being recorded. It didn’t faze him. His casual manner implies it was not the first time he did it. Senator Sonny Angara called it “cold-blooded.” This is just the latest among many incidents: from Kian, to Winston Ragos, to the 4 soldiers massacred by policemen in Sulu.

If the senator’s characterization is accurate, then what allowed cold-blooded killers to take root inside the national police force?

The military and the police are the only agencies the State entrusted with the monopoly to kill. After the Marcos dictatorship, the 1987 Constitution instituted provisions to erase the impunity of the Philippine Constabulary and replace it with a professional system. Though they did so at varying degrees, the presidents that followed worked on those principles to ensure that the police of today would be different from its predecessors. Unfortunately, these gains were systematically stamped out by the present one.

You see this in the defensive statements of police higher-ups alluding to “property dispute,” and “altercation,” as if both justified the killing of mother and son. Whatever disagreement there was, we used to agree that the solution is to let the courts decide. Now, it doesn’t matter. Now all it takes is the judgment of the men wielding the gun. “Communist.” “Addict.” “Bayaran.” “Nanlaban.” “Mayabang.” Any of these words is a death sentence.

You see this in a now deleted Facebook post, where a municipal police station OIC described the Tarlac killing as a “lesson” adding that, “kahit puti na buhok o ubanin na tayo eh matuto tayo rumispeto sa ating Kapulisan.” (Even if you are already old, learn to show respect to the police.) It seems we now have police officers that believe disrespectful seniors deserve to be shot. This, while assassins roam the country taking down doctors, lawyers and even judges.

This culture of impunity didn’t take hold overnight. It took four-and-a-half years, and the blood of more than a thousand fellow Filipinos to get here. It started with the first “addict” killed in Tondo. It then turned to minors like Kian, as well as that baby dismissed as “collateral damage.” We saw it prey on journalists (“presstitutes”), teachers, students (“activists”) and even doctors (“communists”).

We in the legal profession feel it in the loss of 55 (and counting) colleagues – from the killing of a young 35-year-old lawyer in Palawan to our judges who no longer feel safe in their own chambers.

Violence as mode of dispute resolution

Whether it be vigilantes, death squads, assassins-for-hire or “rogue cops,” killings are now occurring at an alarming rate.

Violence is overtaking law as the preferred method of dispute resolution.

We all know what led us to this situation. We just didn’t care.

Our “shock” from the video isn’t from realization, it was from the discomfort of being confronted with an inconvenient truth. Did we really think this was not how it was being done in the dead of the night? But we wanted solutions and we wanted them yesterday. Who, after all, didn’t want to weed out “addicts” in their neighborhood? Who didn’t hate the “bayarang media”? And who doesn’t think lawyers “deserve it”? Besides, why should we care if we weren’t “addicts” or “corrupt”?

But that’s the problem. When you discard the rule of law and favor killing as an appropriate response, you are saying “yes” to a system that respects no boundaries. It was only a matter of time for that very same system to come for you.

Law is an artificial concept. Like stage magic, it is only as powerful as the belief that fuels it. When we clapped as “addicts” died, we took the first step in undermining that belief. When we cheered as bodies began to pile up in morgues, we heralded the creation of a monster that doesn’t feel bound by the same rules as the rest of us. When we clapped when entities like ABS-CBN were shut down, we confirmed that the ends are all that matters.

Monster will kill you

In the process, we forgot that law protects us as much as it protects those whom we hate. We forgot that when we weaken the Constitution, we make everyone vulnerable, especially ourselves.

And so it has come to this. The monster is no longer afraid to show its face. It doesn’t care to hide in darkness anymore. It will come for you at stoplights or checkpoints for being “maangas.” It will take you while you wait in line at a store for being “magulo.” And it will kill you as your entire community watches.

You’re going to complain to a judge? Doesn’t matter. The monster takes them too. They haven’t realized it yet, but it is only a matter of time when the monster reaches for the scions of the rich and powerful themselves. I hope it doesn’t have to reach that point before they realize that we need to fix this now.

As I watched that video one more time, I noticed how clinical the policeman was when he executed the weeping mother. That’s when I realized he knew he will get away with it. Perhaps because in his mind, he already has. God help us all. – Rappler.com