The following is Part 2 of a two-part series. You can read Part 1 here.

In Part 1 of this article, we introduced the Ashoka Fellowship and the 9 previously inducted Fellows in the Philippines who are transforming systems in society to solve complex problems.

But what does it take to be an Ashoka Fellow?

Social entrepreneur candidates are invited to undergo a selection process that is a rigorous but also transformative and enlightening experience. Candidates, whether they pass or not, have told us that the process has allowed them to reflect not only on their strategies and methods, but also on their own leadership and personal mission.

Candidates are measured against 5 criteria during the entire process: (1) a new solution or approach to a social problem that will change the pattern in a field; (2) their creativity and ability to bring their vision into reality; (3) their practical problem solving and entrepreneurial quality; (4) the social impact of their idea; and (5) their ethical fiber.

The actual selection process spans months. Ashoka first receives nominations from our collaborators and partners in the development space, which is then reviewed by our local Ashoka Venture Team. The team visits each candidate and immerses themselves in the candidate’s environment to understand deeply the work they do and identify a possible game-changing innovation.

Then, a senior Ashoka representative from another region/continent reviews the documented work of the candidates to provide an objective evaluation of the process and ensure their work has systems-changing potential and can be scaled or replicated for greater reach and impact. The candidates are then further engaged through a series of panel interviews by other entrepreneurs in the country or region who look at the candidate’s impact on a local level. Finally, the local Ashoka Venture Team, senior Ashoka representative, and panelists decide whether to recommend the candidate to the global Ashoka board who makes the final decision on whether the candidate will be offered the Fellowship.

This strict standard is especially important because the Ashoka Fellowship is a lifelong membership. The organization recognizes that ventures and enterprises may change and pivot to address evolving problems, but driven and practical visionaries will never rest as long as there are communities and individuals that continue to be marginalized. And so, we want to support these exemplary social innovators who are literally changing society for the better.

This year, Ashoka Philippines is proud to present 3 new social innovators who fit the 5 criteria, have successfully passed the rigorous selection process, and are now being formally awarded the Ashoka Fellowship. They are: 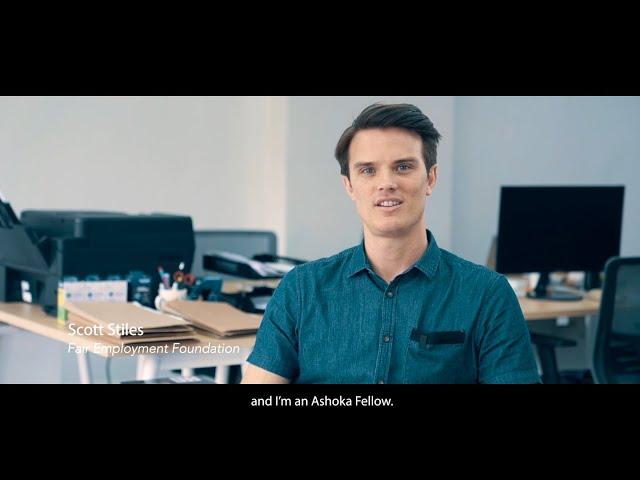 Scott Stiles, co-founder of Fair Employment Foundation, is working to disrupt the migrant domestic worker recruitment system in Hong Kong and other migrant work industries across Asia. He builds and tests ethical recruitment agency and training center models, which seeks to make exploitative recruitment unprofitable and be the standard for the region. His first effort was to shift the market model from worker-pays (in which migrant workers are charged fees by middlemen up to 25 times the legally permitted amount) to employer-pays with Fair Employment Agency, freeing migrant workers from a vicious cycle of debt servitude. 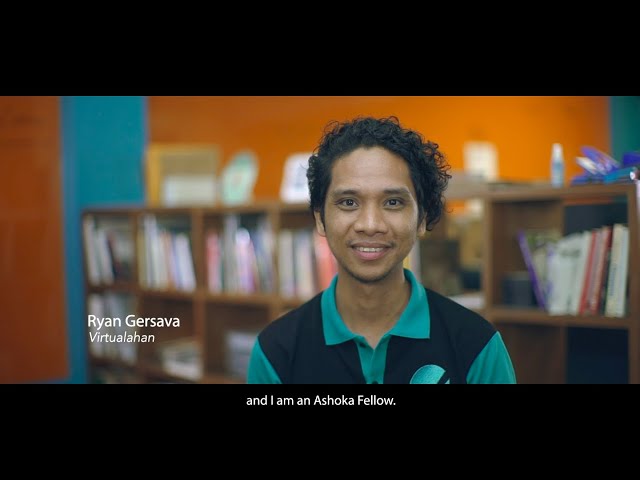 Ryan Gersava, through his social enterprise Virtualahan, has designed a cost-effective and transferable social technology that allows socially excluded populations (PWDs, former drug dependents and sex workers, etc.) to access high-level work in the global digital economy. Ryan and his team do this through virtual training and are able to impart digital literacy and life coaching (to let trainees take ownership of their future and their narratives) to any Filipino with access to broadband and a computer. 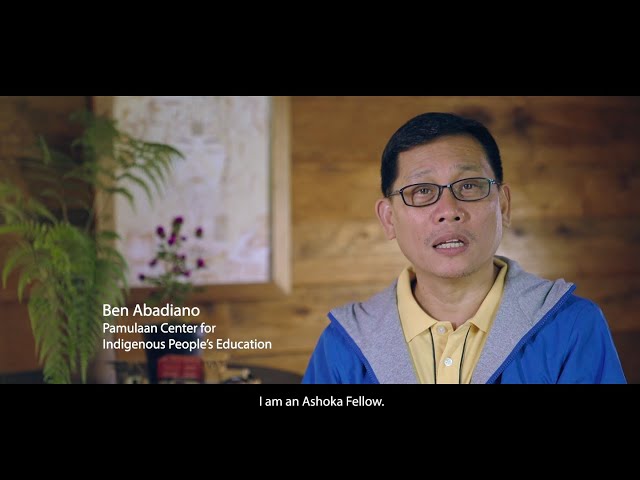 Ben Abadiano integrates indigenous knowledge and culture with standard tertiary-level course material to give the scholars a holistic, competent, and grounded education without stripping away their local heritage and identity. This unique educational system is the first ever of its kind in the Philippines and is now implemented in the Pamulaan Center for Indigenous People’s Education. Through Pamulaan and his other endeavors, Ben forms indigenous youth leaders that give back to their communities and take part in the national dialogue and policy on indigenous peoples’ education and development.

The awarding ceremony of these 3 new Ashoka Fellows – Ryan, Ben, and Scott – is open to the public via Facebook live stream. Click “Going” to this event to get more updates. Attend and see firsthand how these social innovators are empowering more FIlipino changemakers!

Together with the induction of our new Fellows, Ashoka also welcomes Abi Mapúa as our new Country Director to further strengthen and scale the transformational work of Ashoka in the country. Abi will build on the pioneering work of Terri Jayme-Mora, who will continue to support and serve Ashoka in an advisory capacity.

Abi Mapúa, an entrepreneur and changemaker herself, was the founding Director of Benilde’s Hub of Innovation For Inclusion (HIFI) and is the co-founder of KindMind, an innovation and experience design lab that helps organizations drive impact. For decades, Abi’s work has been found in driving a culture of inclusive innovation and mentoring and supporting young changemakers all over the nation.

As for the future, we are excited not only to continue finding and supporting future Fellows, but also discovering how we can build collaborations to tackle issues in various fields like aging, gender, planet and climate, technology, and empowering more Filipino youth, all for a world where everyone is a changemaker.

For inquiries and collaborations, send us an email at philippines@ashoka.org or ashokaphilippines@gmail.com. – Rappler.com