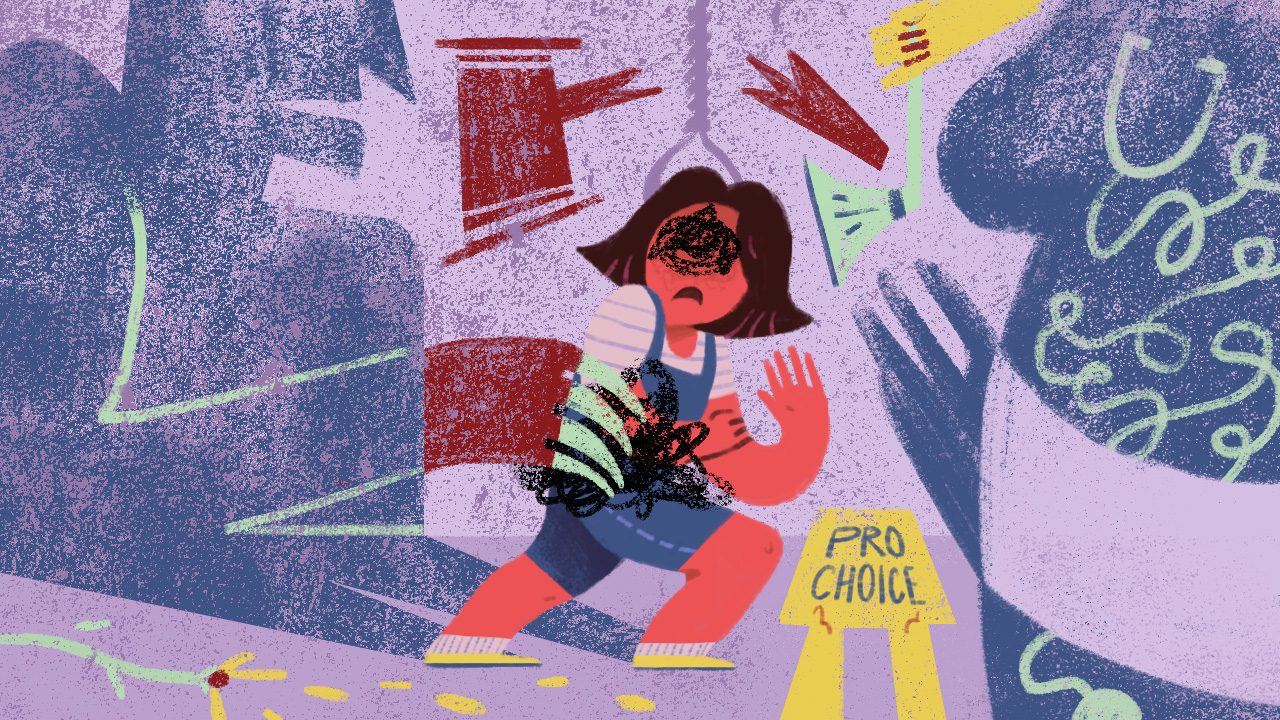 The restrictive, colonial, and archaic 1930 Revised Penal Code abortion law has never reduced the number of women inducing abortion. It has only endangered the lives of hundreds of thousands of Filipino women who have made personal decisions to induce abortion for various reasons (economic – 75%; too young, under 25 years old – 46%; health reasons – one-third; rape – 13%) but are unable to access safe abortion services.

No restrictive law nor religious dogma has stopped these Filipino women, especially poor women with at least 3 children, to end their unintended or unwanted pregnancies.

The Philippines is complicit with at least 3 women dying every day from unsafe abortion complications.

Some of these women became pregnant as a result of rape, were forced to carry their pregnancies to term, and died due to unsafe abortion complications. One raped by her stepfather died in 2012; one who was a doctor, raped by an older man who funded her medical education, died in 2004. Another one was a rape victim with dwarfism who died in 2015 due to her risky childbirth.

Complications from unsafe abortion is one of the 5 leading causes of maternal death and a leading cause of hospitalization in the Philippines.

This bill when passed into law will provide access to safe abortion and save the lives of thousands of women.

This public health issue should urgently be addressed especially now with the impact of the COVID-19 pandemic, resulting in higher rates of unintended and unwanted pregnancies due to lack of access to contraceptives and higher incidences of rape, intimate partner violence, and sexual exploitation. During this pandemic, the day-to-day reality of these women is joblessness, hunger, poverty, and being stuck at home with their abusers.

The Population Commission cites that about 40 to 50 adolescent girls aged 10-14 give birth every week. It has been found that many adolescent girls aged 15 and below became pregnant due to sexual assault, highlighting the need to address gender-based violence with due diligence, including by providing access to emergency contraceptives and safe abortion, and in effective prevention by raising the age of sexual consent to 16 as recommended by the Committee on the Elimination of Discrimination Against Women (CEDAW Committee).

Without access to safe abortion, many of these women and adolescent girls would discontinue their pregnancies unsafely and may end up in the estimated 26% increase of 2020 maternal deaths due to the pandemic’s disruption of access to health services.

Not only women who induce abortion of viable pregnancies suffer inhumane and degrading treatment, or are delayed and sometimes denied emergency post-abortion care, a legal procedure to save their lives. The same goes for women suffering complications from naturally occurring medical conditions such as spontaneous abortions/miscarriages, incomplete abortion, and intrauterine fetal demise.

This discriminatory law against women must be decriminalized to end the harmful stigma women suffer, and the judgmental religious beliefs imposed on women who want to discontinue their pregnancies. Rape and incest survivors and sexually exploited women must be free to discontinue their unwanted pregnancies without risk to their lives.

A Filipino woman or girl is raped every 75 minutes. About one in every 8 Filipino women who induce abortion are rape survivors.

Some women and girls who became pregnant resulting from rape were forced to resort to clandestine and unsafe abortions, while others have tried to commit suicide.

When one’s daughter, sister, wife, or mother becomes pregnant as a result of rape, there are many Filipinos who will support their female family member’s decision to undergo such therapeutic abortion. However, even rape survivors are not expressly allowed by Philippine law to undergo abortion.

Without access to safe abortion, a 10-year old girl who became pregnant after being raped by her own father would be forced to carry her pregnancy to term – the rape and forced pregnancy violates her rights, and at the same time she is at high risk of dying, as pregnancy and childbirth at her young age is extremely risky.

Denying safe and legal abortion to rape and incest survivors is torture, a clear injustice, and patently discriminates against women and girls.

5) To address the social impact of adolescent pregnancies

When young women and adolescent girls are forced to carry their pregnancies to term, the social impact includes disruption of studies, and the lack of job skills and career options due to low educational attainment and low financial capability.

Decriminalizing abortion upholds women’s rights to life and other fundamental human rights, and confirms that women’s rights – the rights of those with legal personality (Art. 41 of the Civil Code) – prevail over prenatal protection.

Other countries with the same constitutional prenatal protection as the Philippines allow abortion, such as Costa Rica, Hungary, Kenya, Poland, Slovak Republic, and South Africa. These examples show that the Constitution, the law of the people, is justifiably interpreted liberally in favor of women.

This fight to decriminalize abortion is part of the historical fight to uphold women’s rights to equality and non-discrimination, including the fight for women’s right to vote, work, and study; the right against sexual assault, sexual harassment, and trafficking; the right to sexual and reproductive health including the full range of contraceptive methods and maternal care; and the right to sexual orientation, gender identity, and expression (SOGIE).

Many supporters of this bill – members of the women’s movement and other human rights advocates – have long advocated for pro-women and pro-SOGIE laws and bills, including the Anti-Sexual Harassment Act, Anti-Rape Law and its proposed amendments, Anti-VAWC Act, Anti-Trafficking Act/Expanded Anti-Trafficking Act, Reproductive Health Law, Safe Spaces Act, Quezon City (QC) Gender-Fair Ordinance, the establishment of the QC Protection Center for Women, Children, and LGBT Survivors of Gender-based Violence, divorce, the SOGIE/Comprehensive Anti-Discrimination Bill, gender recognition, marriage equality, the bills raising the age of sexual consent to 16; the repeal of discriminatory laws against women such as the decriminalization of vagrancy (RA 10158; “prostitution” still to be repealed) and the repeal of Art. 351 of the Revised Penal Code imposing penalty on the woman for premature marriage (RA 10655).

When passed into law, this will not force those who oppose decriminalization of abortion to undergo an abortion against their beliefs; however, this will provide access to services for countless women who decide to discontinue their pregnancy.

Moreover, detractors cannot impose their beliefs on other people, as such imposition of religious morality and beliefs in Philippine law violate the constitutional guarantees of separation of church and state, non-establishment of religion, and freedom of religion or belief.

Every minute counts to save the lives and health of Filipino women who are denied their right to basic health care.

I urge fellow Filipinos to take a stand and be counted in this fight to save women’s lives by decriminalizing abortion. Together, let’s end discrimination against women and fight for women’s rights to life, health, equality, equal protection of the law, privacy and bodily autonomy, and against torture.

Clara Rita “Claire” Padilla is the founder and executive director of EnGendeRights and is Spokesperson of the Philippine Safe Abortion Advocacy Network (PINSAN). She drafted the proposed bill to decriminalize abortion for PINSAN, which has been discussed with various women’s rights and reproductive rights activists, youth groups, and other human rights advocates.