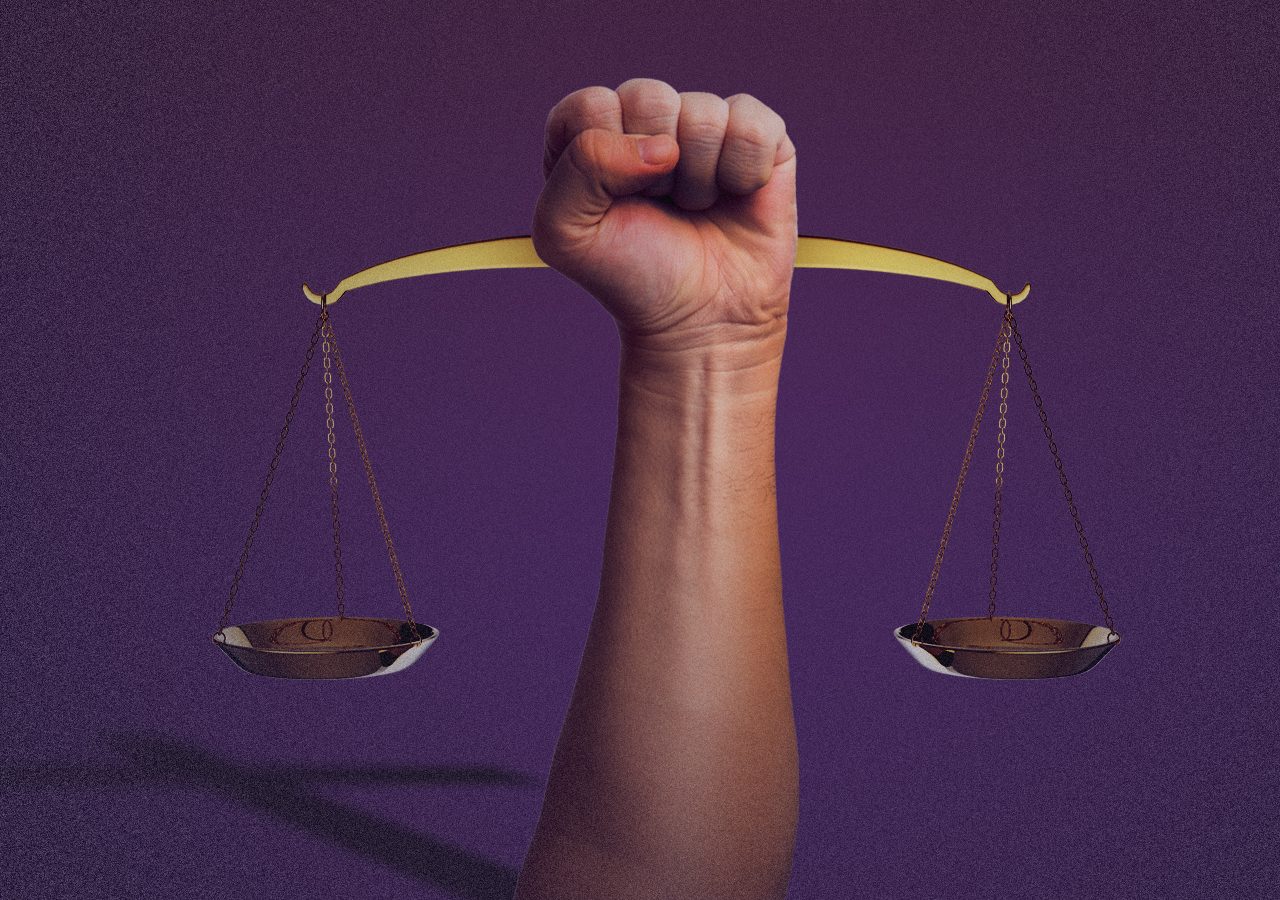 There is today an implicit acquiescence on the part of the churches to the denial of basic human rights. It rests on the premise that order and the preservation of the state take precedence over individual rights. The alternative to iron-fisted rule is anarchy, it is said, which is considered to be worse.

There is a need to focus on this issue and define it more coherently within a framework of Christian values.

A Christian is undoubtedly committed to the preservation of order. However, we see it primarily as the condition for the realization of human values. It is but a means towards a higher end: the free and untrammeled exercise of God-given privilege and responsibility.

This is why the state has been appointed to institute order, with the express responsibility to restrain evil and promote the good (1 Peter 2: 14). To overcome wrong and reinforce what is right, government was given the power to wield the sword. The state is not just a remedy for evil but a positive force for good. The primary argument against a state that is weak, or the policy that “least government is best government,” is that it makes it ineffectual, not so much in its ability to punish, but in its ability to do good.

It is in this sense that we may affirm a strong state. It may be justified as an apologetic for such positive ends as, say, “building a new society” as was the Marcos legitimation for the imposition of martial law.

It may not be made a tool, however, for the consolidation of power by suppressing critical inquiry, dissent, or the elimination of political enemies.

While the state must be strong enough to impose discipline and carry out its purposes, there are limits to the power a government may legitimately exercise over an individual.

Defining the nature and extent of such limits is a hard and complicated task. However, Scripture provides us a clue in the doctrine of the individual conscience. There is an area in every person’s life in which she is allowed freedom of conscience: what to eat and drink, her lifestyle, in general things which have to do with the sphere of the adiaphora – the “things indifferent,” as the Reformers put it, or with questions where Scripture is unclear and undogmatic.

The principle of freedom of conscience, I believe, extends to the area of political belief. Political thought and belief is an area the state cannot encroach upon, unless it finds expression in a public action that endangers order and the liberty of others.

In practice, this would mean that the term subversion would apply only to a public action and not a private opinion. A Marxist may be prosecuted not for his belief, but for his revolutionary activity. This also means that there can be no official dogma for the state, a principle beyond challenge and above critical suspicion. Democratic or socialist ideals may be useful as patterns for political organization. But this may not in any way mean strict consensus, nor absolute orthodoxy. Governance is essentially applied science. What is best politically in a given period of time must be determined according to the facts that are at hand, not according to some pre-conceived model. This is perhaps the reason why Scripture limits itself to a description of what the state must be. It leaves the question of how or what system to the exigencies of a particular historical situation.

Government practice belongs to the shifting, temporal order of things. It is, and ought to be, constantly subject to readjustment as needs arise and get more complicated. This makes criticism not only desirable but imperative. The vitality of any institution lies in its ability to respond to changing needs and the timeless demands of the Creator. Political practice needs to be constantly challenged by the changeless norms of Scripture and the particular pressures of a given time.

Dissent therefore is not an option that may be dispensed within the life of a nation. It is necessary if we are to ensure justice and relevance in the running of the affairs of government. Undeniably, it will involve a certain amount of disorder. It may range from angry editorials to mass demonstrations and waving placards in the streets. It need not limit itself to these, however.

Whether the old forms of dissent should be allowed needs to be weighed in the light of the country’s need for order. A case could be made for the banning of mass actions which tend to be merely disruptive, for instance. However, we need to remember that there is a point where Scripture itself risks the horror of conflict in order to uphold basic human rights.

We see this in the protest against “healing the wounds of the people lightly,” in saying “peace, peace” when there is no peace. Scripture rages against an outward calm purchased at the price of more fundamental values like truth and justice. It demands that the sore point, the source of conflict, be dealt with so that our wounds may be sharply though painfully healed.

Confrontation, not a sweeping of things under the rug, is the norm: the coming of the Kingdom is marked by violence. The kingdom is won by men and women who seek to enter it forcefully by suffering the violence of those who are against it. (Matthew 11.12)

[OPINION] Activism as a call from Christianity Authentic discipleship means the willingness to bleed under the sword for the sake of Jesus. He himself suffered the violence of the cross in the effort to restore order in the universe. The demands of holy justice had to be satisfied before there could be order and restoration.

This is not to confuse the work of redemption with the task of preserving the world. It is simply to delineate the idea that the Bible does not seem to encourage the ready sacrifice of fundamental values for the sake of order. Order is not a value in itself. It is important only in relation to other values.

The suppression of dissent, therefore, cannot be justified by an appeal to “peace and order” or “national security.” Dissent is deeper than the liberal’s cherished right to stomp his foot when he wants to. It is the solemn duty of the prophet – of him who, knowing the Word, is bound and obligated to tell the king the ways in which he has erred.

The forms which such dissent may take under conditions where the democratic space is narrowing depends on how much elbow room there is. Concern for order and stability should not blind us to the fact that there can be stillness in the eye of the storm. Order is to be guarded precisely because it makes the exercise of good government possible. It may not be used as an appeal for other ends.

God is a God of order and structure, not so that he may oppress and constrict us, but because the structures and limits in place will allow the full exercise of freedom for all, not just the rights of a mighty few. – Rappler.com