Facebook Twitter Copy URL
Copied
Other stories include the foreign death toll on the hajj stampede, the murder trial date of a man accused of killing two Indonesian women, and babies suffering from pneumonia due to the haze

JAKARTA, Indonesia – From thousands fleeing from riots in Aceh Singkil, to babies suffering from pneumonia due to the haze, here is the top stories to start your day.

After riots broke out in Aceh Singkil following the burning of a church by conservative Muslims, hundreds of families fled to the North Sumatra Province to seek safety.

About 2,500 are said to have fled. The escape comes a day after violent clashes that saw a church burned to the ground by hundreds of armed men in Indonesia’s conservative Islamic province of Aceh, a local police chief said. Read more. The death toll from last month’s hajj stampede has risen to at least 1,636, according to tallies given by foreign officials, making it the deadliest incident in the pilgrimage’s history.

Saudi Arabia has yet to provide an updated death toll after saying 769 Muslim pilgrims had died in the tragedy near Mecca. Saudi authorities have also not provided a breakdown by nationality, but Indonesia says 127 of their nationals are dead. Read more. 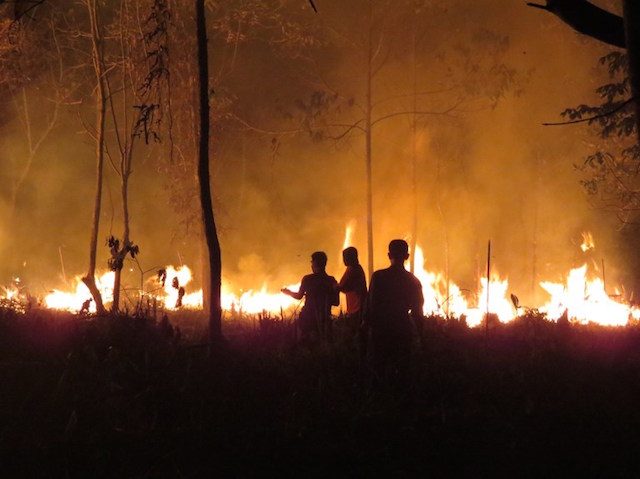 East Kalimantan Health Department said about 338 babies in West Kutai Pnenumonia affected due to the smog that hit the region in recent months. The data is not final, the number of patients could still grow.

Pneumonia is one of the diseases caused by acute respiratory infections (ARI). In infants, the disease is more dangerous because it can cause death. Weeks of forest fires in Indonesia have prompted the cancellation of flights and warnings for people to stay indoors, suspension of classes, and worsened air quality in Indonesia as well as neighboring Singapore and Malaysia. Read more.

It looks like Incumbent Jakarta Governor Basuki “Ahok” Tjahaja Purnama could well be re-elected governor in 2017 according to a survey from Mujani Research and Consulting (SMRC).

Ahok still enjoys the highest electability, with a total of 2.5% of respondents saying they would vote for him when asked about their candidates of choice. Ahok is known to be loud, brash and controversial but supporters say he is the type of leader Jakarta needs. Read more. A British banker accused of murdering two Indonesian women who were found mutilated in his upscale Hong Kong apartment will face trial next year for the killings.

Rurik Jutting, a 30-year-old former Bank of America Merrill Lynch employee, has been charged with two counts of murder and is yet to enter a formal plea. In a brief hearing at Hong Kong’s High Court, the trial date was set for October 25, 2016 – two years after the killings. Read more. – Rappler.com